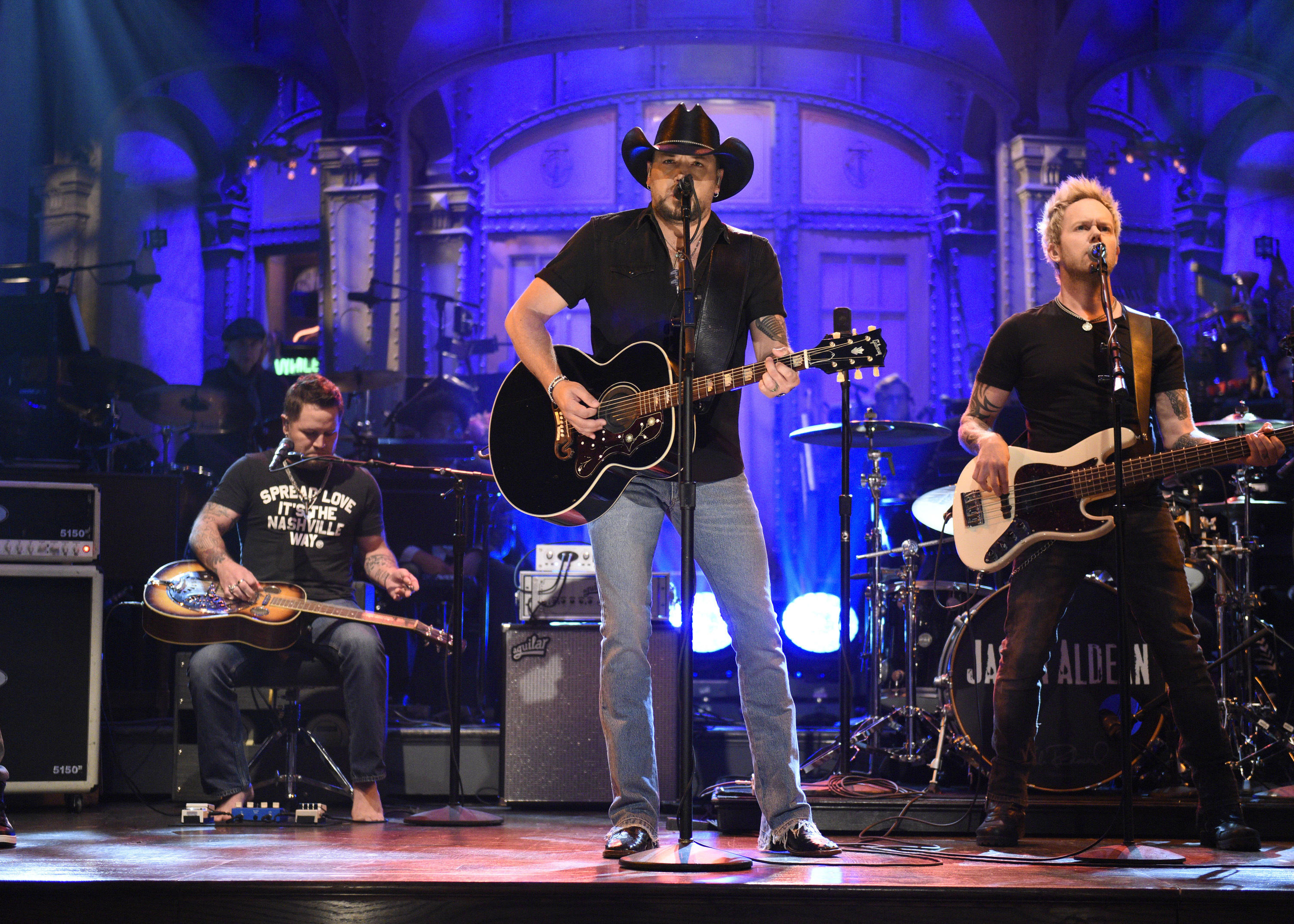 "Saturday Night Live" paid tribute to the victims of the Las Vegas mass shooting and the late rock superstar Tom Petty by opening its show with country star Jason Aldean singing one of Petty's songs.

Aldean performed "I Won't Back Down" during the live opening Saturday night and then introduced the show.

"This week, we witnessed one of the worst tragedies in American history. Like everyone, I'm struggling to understand what happened that night and how to pick up the pieces and start to heal," Aldean said, later adding: "But you can be sure that we're going to walk through these tough times together, every step of the way. Because when America is at its best, our bond and our spirit — it's unbreakable."

Aldean was performing at an outdoor concert in Las Vegas last Sunday night when a gunman sprayed bullets into the crowd from a high-rise hotel, killing 58 people and injuring nearly 500.

Aldean posted on Instagram hours later, calling the shooting "beyond horrific." He later added: "This world is becoming the kind of place I am afraid to raise my children in."

Petty died the day after the massacre in Los Angeles after suffering cardiac arrest.