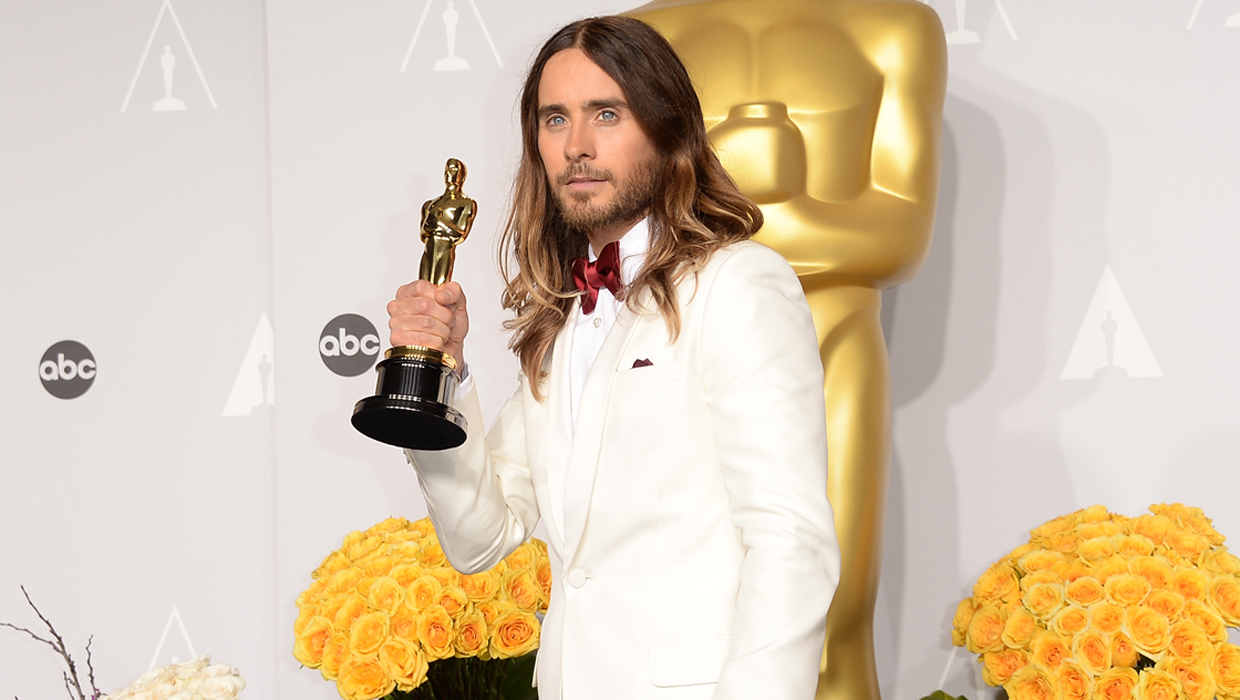 Jared Leto says that while his Oscar has led to new opportunities in Hollywood, he isn't overly concerned with the trophy itself.

The actor-musician took home the gold statuette last month at the 86th Academy Awards for his supporting role as transgender drug addict Rayon in "Dallas Buyers Club." The Oscar has sustained a few scrapes since then after circulating among friends.

"I damaged it. But then I came home and saw it had another nick on it. So it looks like someone else had fun with it, too," Leto said in an interview. "My Oscar is a filthy mess. Everybody was pawing that thing. I kind of was just passing it around at parties. A couple of times I lost sight of it and I thought, 'You know, if it goes away, it's not meant to be mine.' But it always seemed to find its way back to me.

The 42-year-old entertainer said his success with "Buyers Club" has renewed his interest in acting -- partly because of renewed interest in him from top filmmakers.

"Yeah, I'm looking at scripts and reading scripts. Which is interesting because I didn't read scripts for years before 'Dallas Buyers Club,'" he said. "But now...you have opportunities to work with people that you really respect or admire, people whose work has been inspiring and influential."

Leto says he's a prime example of the old actor cliche: What he really wants to do is direct features.

"I think that would be really great. And when I have the right story to tell I'll certainly do that," Leto said. "You know I got into this crazy business because I was interested in being a filmmaker and director. I was in...art school studying to be a painter. And then I switched my major to filmmaking and dropped out to pursue acting because I thought it would help me get a job as a director."

There's been a surge of interest in 30 Seconds to Mars. Their last album, "Love, Lust, Faith & Dreams," was released in May 2013 but jumped to No. 25 on the Billboard charts after the Oscar ceremony. The band discounted it briefly and released a new single, "Do or Die."

Leto said he hasn't been strategically marketing the group to capitalize on his Hollywood momentum. But, he acknowledges, "I mean it's hard to separate these things in my life. I can't manage to separate them -- whether I'm director or editor or actor or musician or tech entrepreneur, I'm doing all kinds of things all the time," he said. "And I would go crazy if I tried to put a wall up in between them all."

Leto is now promoting "Artifact," a documentary he directed (under the name Bartholomew Cubbins) about the battle that his band, 30 Seconds to Mars, had with its record label over its contract and a $30 million lawsuit. The film, available on iTunes, airs Saturday on VH1 and Palladia.