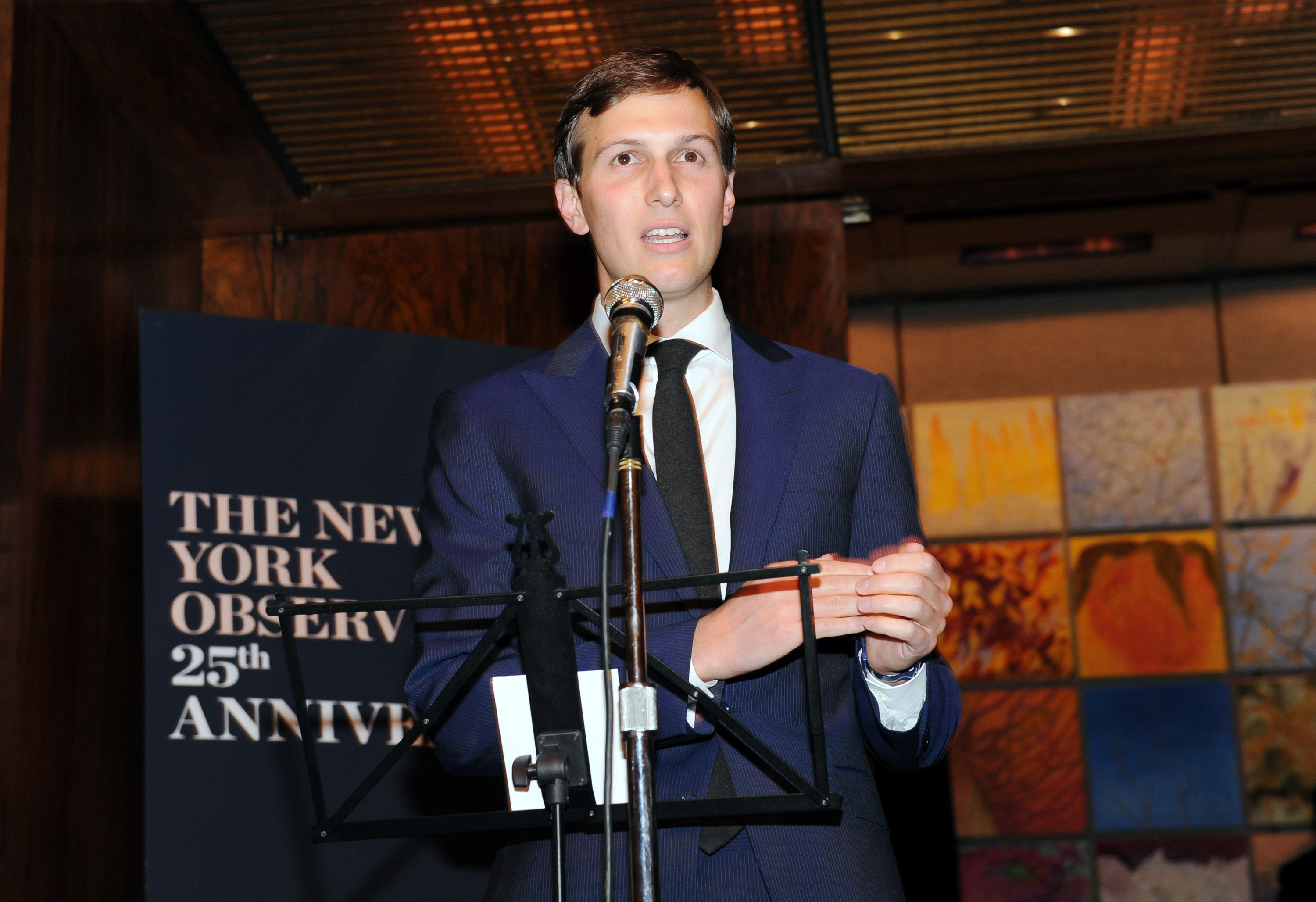 As President-elect Donald Trump chooses his administration, there is speculation about what role son-in-law Jared Kushner might play.

The real estate investor and husband of Ivanka Trump is widely believed to have been a pivotal force in paving Trump’s road to the White House, doling out advice on strategy, speeches, and personnel. Kushner owns the New York Observer newspaper and used the post to defend his father-in-law against claims of anti-Semitism.

Now, he is a central part of the transition team and a trusted confidant to Trump, reports CBS News correspondent Anna Werner.

“Jared is a very successful real estate person. But I actually think he likes politics more than he likes real estate. I don’t know what to tell you,” Trump said.

Kushner has quietly exerted his influence throughout Trump’s campaign.

“He was the operational guru but the more he stayed with Donald Trump, the more he became like the Trump whisperer,” said Wall Street Journal reporter Monica Langley.

While Trump was speaking with President Obama last week, Jared Kushner was strolling through the Rose Garden with White House Chief of Staff Dennis McDonough.

But Kushner’s political aspirations come as a surprise to his friend Sir Martin Sorrell.

“If I were his father-in-law, I would listen to him,” Sorrell said. “I think he would provide a balanced opinion, which I think is important to anybody that holds an office like the presidency of the United States.”

Kushner and his father-in-law may seem like polar opposites, but they have much in common, Langley said.

“Both political novices, they’re both real estate billionaires and they both love Ivanka Trump,” Langley said.

And their fathers are both real estate moguls.

Thirty-five-year-old Kushner took over his family’s real estate company after his father was sentenced in 2005 to two years in prison for corruption-related charges..

The person who put Kushner’s father behind bars was then U.S. Attorney Chris Christie.

“Mr. Kushner engaged in a conspiracy with co-conspirators,” Christie explained then.

Christie was leading Trump’s transition team until he was ousted. Some place blame on Kushner.

A Trump spokesman has denied that Kushner played any role in purging Christie or his allies.

“Jared is helping to put this together but ultimately, these decisions are being made by the president-elect,” spokesman Jason Miller told CNN.

Still, Kushner’s transformation from businessman to political operative may be complicated. Congress passed the anti-nepotism law in 1967 after President John F. Kennedy appointed his brother, Robert, to the post of attorney general.

With or without an office in the West Wing, Kushner is likely to play an outsize role in the Trump administration.

“I always tell Ivanka, ‘Don’t worry about the things you can’t control, just worry about how you react to and deal with the circumstances and situations at hand,’” Kushner said in a video posted to Ivanka’s Instagram account.

If Kushner takes a job in Trump’s White House, he could face other conflicts of interest, including how to handle his real estate company and his media holdings with the New York Observer.

But it’s apparent that Jared Kushner has Donald Trump’s ear.

Microsoft CEO on creating a company culture that fosters growth