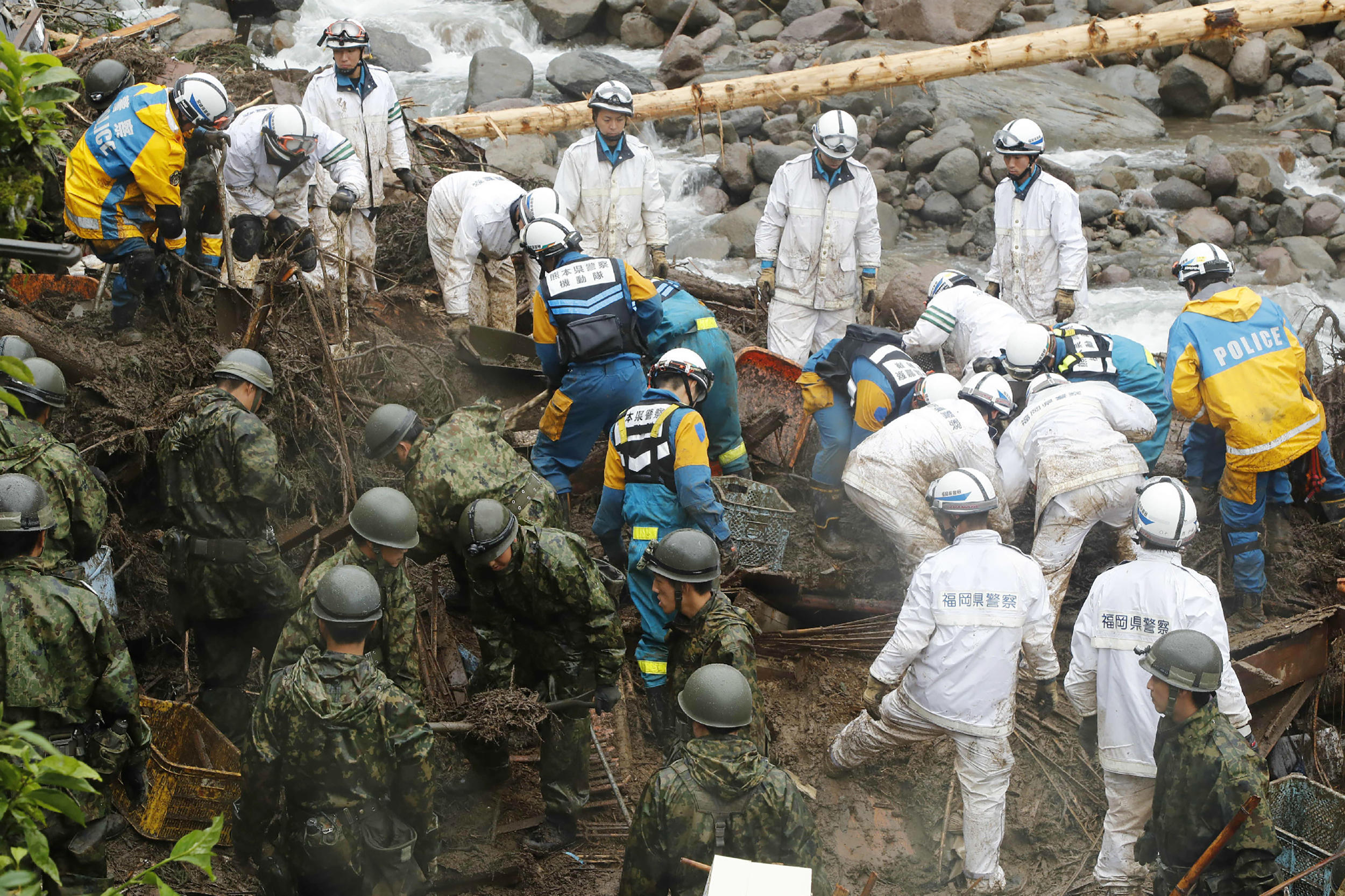 TOKYO -- The death toll from heavy rain and flooding in southern Japan has risen to 22, Japanese media said Monday, after rescue workers managed to reach isolated villages where at least 20 others were still missing and feared dead.

Heavy rain warnings were still in place over the weekend for parts of the southern island of Kyushu, days after Typhoon Nanmadol swept across Japan, triggering floods and mudslides that wrecked hundreds of homes, roads and rice terraces.

Japan's national public broadcaster, NHK, said Monday that government officials had recorded landslides at 41 different locations, and flooding at 38 in the five prefectures, or provinces, hit by the disaster.

Most of the deaths were in Fukuoka prefecture, but bodies were also been found neighboring Oita prefecture.

Chief Cabinet Secretary Yoshihide Suga said 12,000 troops, firefighters and other rescuers searched over the weekend for the missing, clearing debris off roads and delivering fresh water and food supplies for the displaced at a school gymnasium. They have reached most of the previously inaccessible villages, Suga said.

Nearly 1,000 residents were rescued over the past two days, but dozens are still believed to be stranded. The operation has been slowed by mudflows and floodwaters as the rain continued.

In the hardest-hit Asakura city in Fukuoka, the bodies of a woman, her daughter and a grandson were found late Friday on the first floor of their house that was crushed by a mudslide, NHK said.

Footage showed inundated rice fields and collapsed homes. Roads and bridges were damaged, covered with broken trees washed down from the mountainside. Hundreds of people in remote villages were being airlifted by military helicopters while soldiers waded through floodwater carrying elderly people on their backs.

Japan's royal family postponed the formal announcement of Princess Mako's engagement to a college classmate Saturday out of consideration for the suffering of people in the affected areas, palace officials said. A new date has yet to be decided.