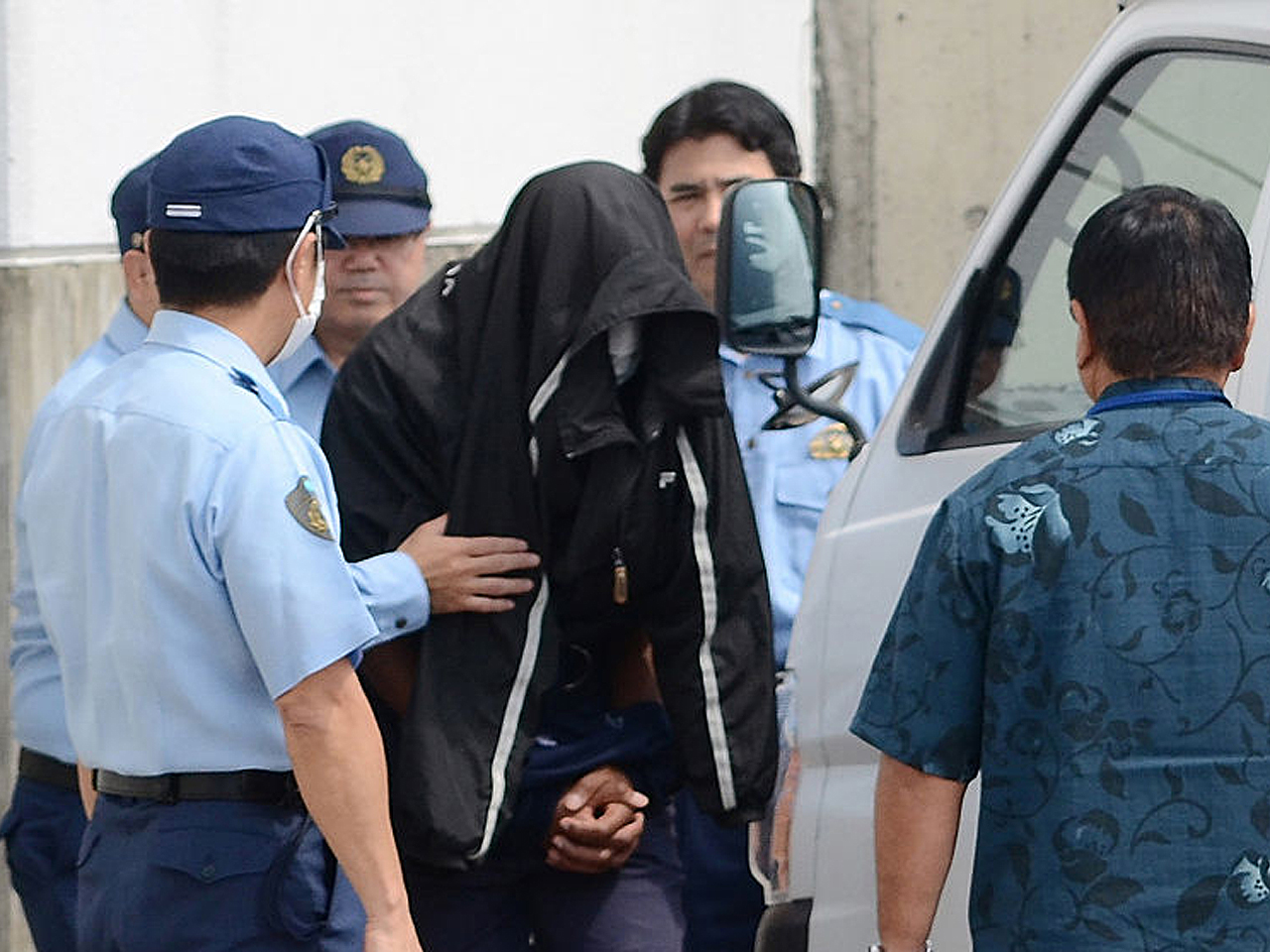 TOKYO -- A Japanese court on Friday convicted a U.S. military contractor of murder and rape charges in the death of an Okinawa woman and sentenced him to life in prison.

The Naha District Court also found Kenneth Shinzato, a former Marine, guilty of abandoning the victim's body, court officials said. The 20-year-old woman was found in the forest in May, three weeks after she disappeared while taking a walk.

Shinzato was accused of hitting the woman in the head with a club, intending to rape her and stabbing her to death in the neck with a knife. He pleaded guilty to the charges of rape resulting in death and abandoning of the body, but denied murder intent.

The case sparked outrage on the southern Japanese island where residents have long complained about heavy U.S. military presence and crimes linked to them. The anger led to a bilateral pact limiting immunity from Japanese prosecution for civilian workers at American bases.

Okinawa has also protested a contentious plan to relocate a Marine Corps air station in the crowded neighborhood of Futenma to a less-populated part of the island. The plan developed after a military aircraft accident near the current base and the 1995 rape of a girl by three American servicemen enraged Okinawans, but has since made little progress due to protests. Opponents want the air station completely removed from the island.

Half of about 50,000 American troops stationed in Japan are on Okinawa.

The U.S. military says the crime rate among its ranks in Japan is lower than among the general public.