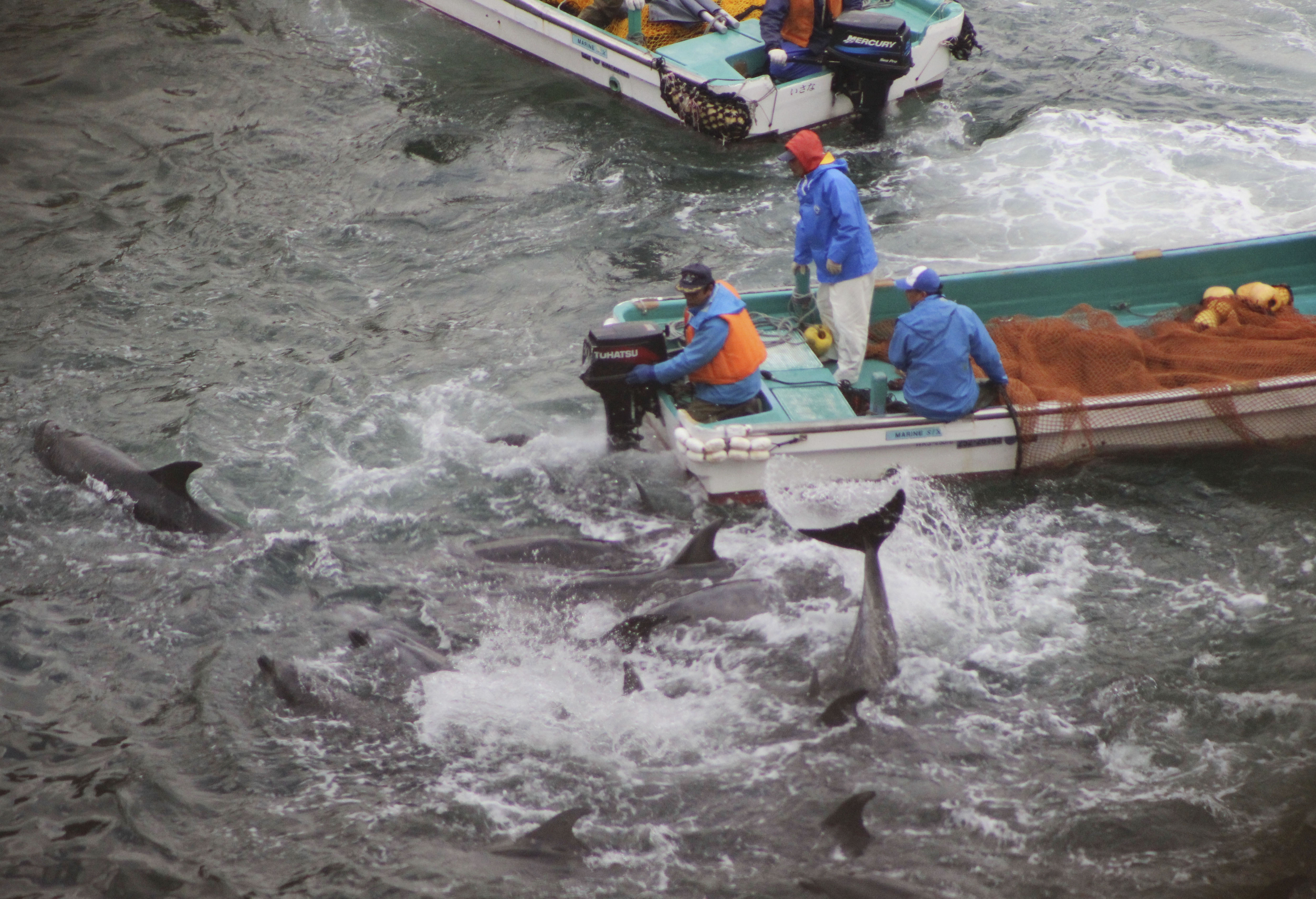 Japan's aquariums promised Wednesday to stop acquiring dolphins captured in a bloody hunt that was depicted in the Oscar-winning documentary "The Cove" and has caused global outrage.

WAZA characterized the Taiji hunt as "cruel," and decided that none of its members should acquire dolphins in such a way.

In that hunt, dolphins are scared with banging, herded into a cove and speared by fishermen for their meat. The best-looking ones are sold to aquariums.

In a letter to WAZA, the Japanese group, which comprises 89 zoos and 63 aquariums, said it would abide by WAZA's decision.

"It is our wish at JAZA to remain as a member of WAZA," chair Kazutoshi Arai said in a letter addressed to WAZA President Lee Ehmke.

The campaign against the Taiji hunt has drawn Hollywood stars as well as the anti-whaling group Sea Shepherd.

The latest move was welcomed by animal welfare groups.

"This momentous decision marks the beginning of the end for dolphin hunting in Japan," said Sarah Lucas, the CEO of Australia for Dolphins.

Officials in Taiji, a small fishing village in central Japan, and fishermen have defended the hunt as tradition, saying that eating dolphin meat is no different from eating beef or chicken.

Eating dolphins is a delicacy most Japanese never experience. Many Japanese are horrified by the dolphin killing, and have joined the campaign against the Taiji hunt.

"The Cove," which won an Academy Award in 2009, focuses on veteran dolphin activist Ric O'Barry, who trained dolphins for the 1960s "Flipper" TV series before deciding to devote his life to protecting the mammals and keeping them in nature.

Groups such as Australia for Dolphins argue that dolphin meat does not provide enough monetary incentive to keep the hunts going, but dolphins are sold to aquariums and marine shows for thousands of dollars.

WAZA did not immediately respond to a request for comment.