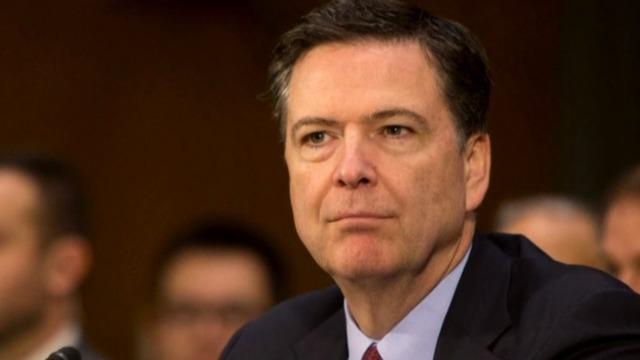 Former FBI Director James Comey can add bestselling author to his resume after reaching the top spot on Amazon's best-sellers list.  Comey's memoir -- "A Higher Loyalty: Truth, Lies and Leadership" -- will be officially released on April 17 but interested readers have already pre-ordered the book and corresponding audiotape, helping the memoir soar to its number one spot on Monday.

Comey, in a tweet showing him recording his audio book back in February, poked fun at his comment he made during a congressional hearing in response to the president's own claims that the former director should hope there were "no tapes" of conversations between the two.

On Saturday, as Mr. Trump lashed out again at the FBI in the wake of the firing of deputy director Andrew McCabe, Comey fired back at the president's claims that the former director knew of "tremendous leaking, lying and corruption" at the bureau.

"Mr. President, the American people will hear my story very soon. And they can judge for themselves who is honorable and who is not," Comey tweeted.

According to Flatiron Books, Comey's first book will "explore what good, ethical leadership looks like and how it drives sound decisions."

"A Higher Loyalty" will be released by Macmillan Publishers.