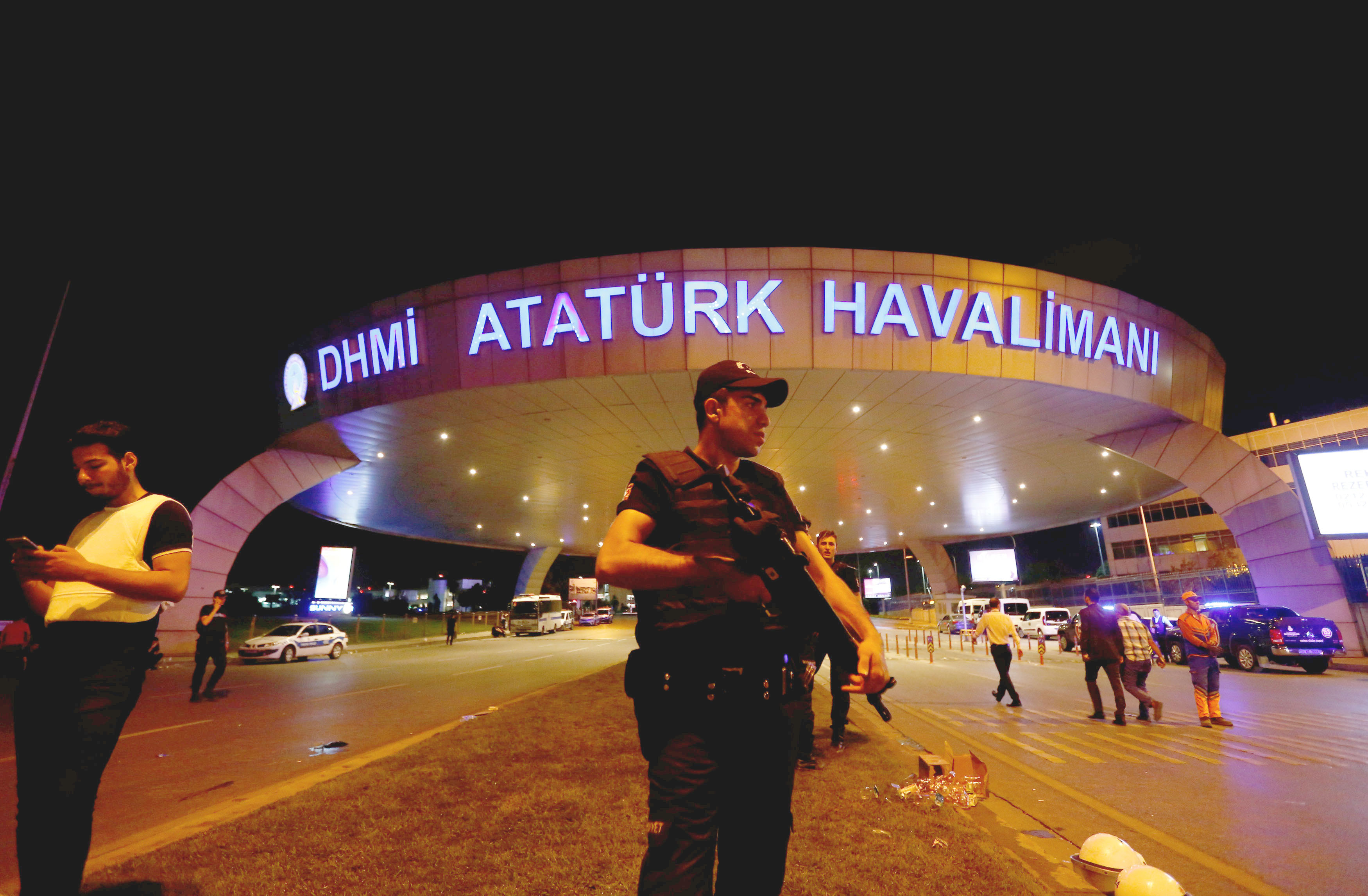 NEW YORK -- Additional police officers are being deployed to airports across the U.S. after a deadly attack at the airport in Istanbul, Turkey.

The Department of Homeland Security released a statement late Tuesday saying the agency was closely monitoring developments in Istanbul.

"Secretary Jeh Johnson has been briefed on the situation, and is directing appropriate actions as the facts warrant," the statement said. "DHS is also in contact with its domestic, international and private sector counterparts."

"In the wake of today's tragic attack on the Istanbul airport, Port Authority police have added high visibility patrols equipped with tactical weapons and equipment at Kennedy, LaGuardia and Newark Liberty airports," the Port Authority said in a statement.

Port Authority officials said they were continuing to monitor the situation in Turkey alongside federal and local officials, including the FBI Joint Terrorism Task Force.

New York-area airports were not the only ones increasing security in the wake of the attack. CBS News transportation correspondent Kris Van Cleave reported that Miami International Airport also upped its patrols.

"We have an increased police presence inside the terminal and are patrolling for suspicious vehicles at our curbside areas," the airport said in a statement.

Los Angeles International Airport said it was already in a high visibility deployment ahead of July 4th weekend, where a significant increase in passengers is expected, Van Cleave reported.

"In light of the violent attack at Ataturk Airport in Istanbul, Turkey, and the upcoming July 4th holiday travel period, we remain vigilant in our mission," LAX said in a statement.

In particular, people will see motorcycle officers, K-9 patrols, and officers on foot. LAX is also one of the few U.S. airports that does spot checks of cars coming into the airport.

Ronald Reagan Washington National Airport and Washington Dulles International Airport said in a statement following the attack that the number-one priority is always the safety and security of passengers and airport employees.

"Reagan National and Dulles International airports have a robust security structure, both publicly visible and behind the scenes," the airport said in a statement. "We constantly train our employees and evaluate our security procedures, in collaboration with our federal partners and local mutual aid partners, to make adjustments, updates and enhancements based on new information and situations."

A U.S. source tells CBS Radio News that three attackers approached the departure area at the Istanbul airport, threw four grenades, then opened fire with automatic weapons. They were wounded by Turkish security forces. The assailants then detonated the suicide vests.

Turkish airports have security checks at both at the entrance of terminal buildings and then later before entry to departure gates.

Turkish Prime Minister Binali Yildirim says that so far all indications point to the Islamic State of Iraq and Syria (ISIS) being behind the attack. He says the attackers arrived at the airport in a taxi and blew themselves up after opening fire.