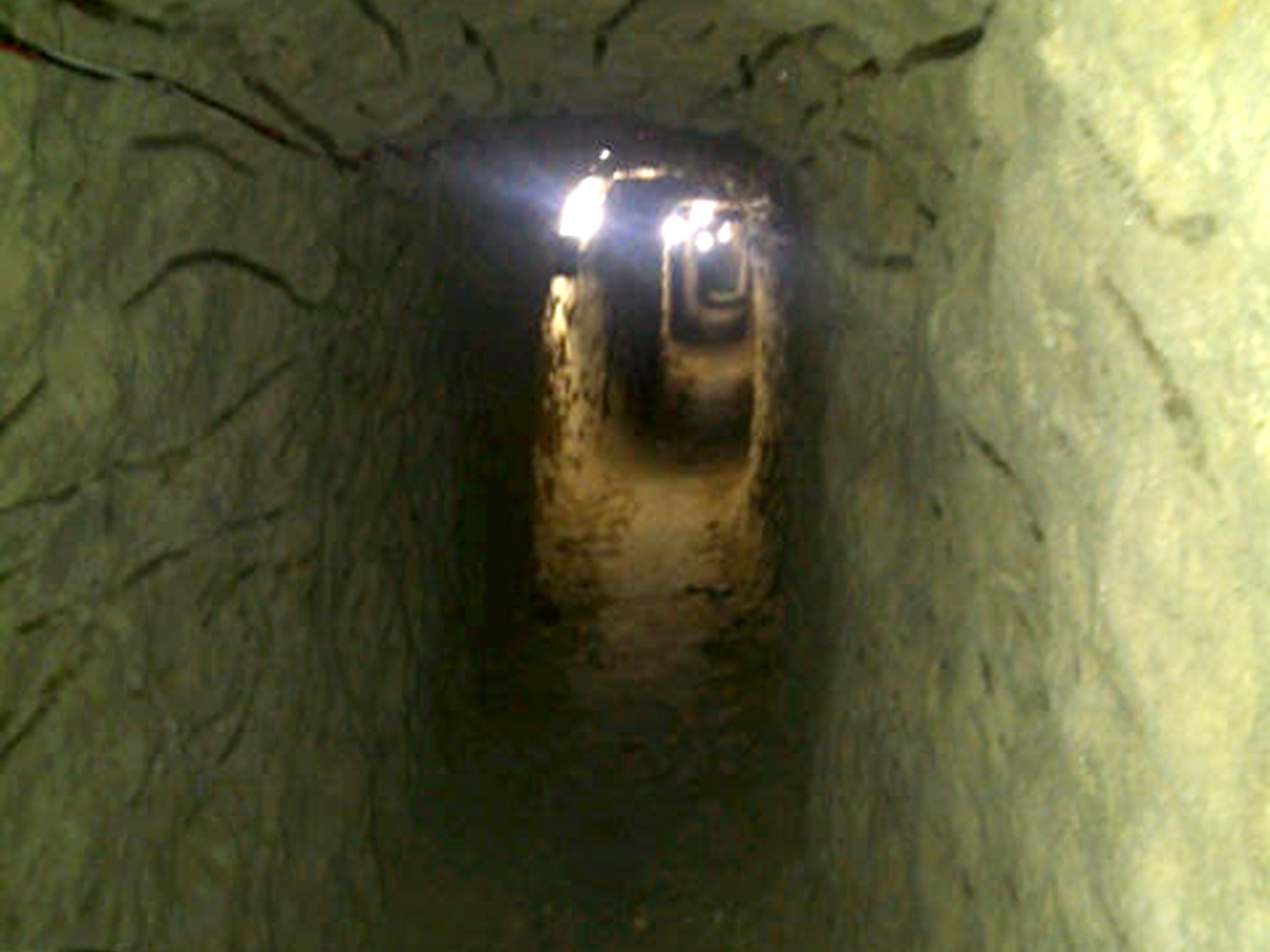 (CBS/AP) Two tunnels authorities say were designed to smuggle drugs into the United States were found days apart on both sides of the border with Mexico.

The Drug Enforcement Administration announced Thursday the discovery of a major cross-border drug tunnel in San Luis, Ariz., during the weekend. It extended 240 yards underground from a one-story non-descript building to an ice plant in San Luis Rio Colorado, Mexico.

Both passages had lighting and ventilation, authorities said.

The Arizona tunnel was discovered while authorities executed a search warrant on the building Saturday morning. Its entrance was hidden beneath a large water tank in a storage room.

Three suspects have been arrested in connection with the tunnel, the DEA said in a statement.

"The recent discovery of this sophisticated drug smuggling tunnel is yet another reminder of how desperate these criminal organizations are and the extent they will go to further their drug dealing operations and endanger the security of our citizens," Doug Coleman, special agent in charge of the DEA's Phoenix field division, said in the statement.

The Tijuana tunnel began under a bathroom sink inside a warehouse and did not cross the border into San Diego. Mack said the Mexican army entered the tunnel Wednesday. No drugs were found and no arrests were reported.

As U.S. authorities heighten enforcement on land, tunnels have become an increasingly common way to smuggle enormous loads of marijuana into the country. More than 70 passages have been found on the border since October 2008, surpassing the number of discoveries in the previous six years.

Raids last November on two tunnels linking San Diego and Tijuana netted a combined 52 tons of marijuana on both sides of the border. In early December 2009, authorities found an incomplete tunnel that stretched nearly 900 feet into San Diego from Tijuana, equipped with an elevator at the Mexican entrance.

It takes roughly six months to a year to build a tunnel, authorities say. Workers use shovels and pickaxes to slowly dig through the soil, sleeping in the warehouse until the job is done. Sometimes they use pneumatic tools.