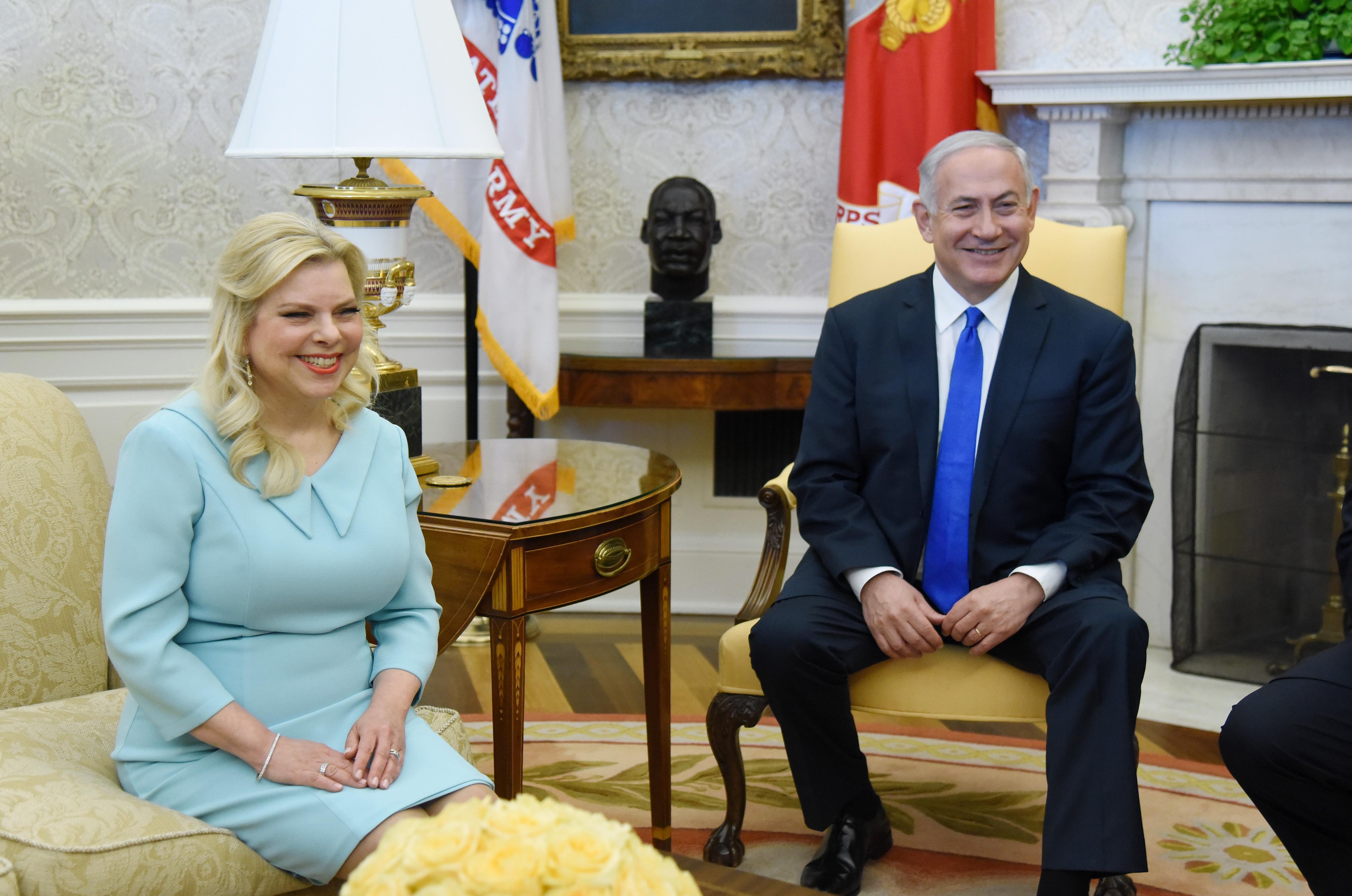 JERUSALEM -- Israeli prosecutors on Thursday charged the wife of Prime Minister Benjamin Netanyahu with misusing over $100,000 in public funds to order lavish meals from some of the country's most famous chefs. While the prime minister was not directly implicated in the case, the indictment against Sara Netanyahu threatens to embarrass the long-serving leader and brings back attention to his own legal problems.

Netanyahu has basked in months of political success, including the Trump administration's withdrawal from the Iran nuclear deal and its move of the U.S. Embassy to Jerusalem, taking away attention from a series of corruption investigations facing the prime minister.

Sara Netanyahu has long faced allegations of abusive behavior and living extravagantly. In 2016, a court ruled she abused an employee and awarded the man $42,000 in damages. Other former employees have accused her of mistreatment, charges the Netanyahus have vehemently denied.

In Thursday's indictment, the Justice Ministry said Sara Netanyahu was charged with graft, fraud and breach of trust for allegedly overspending more than $100,000 on private meals at the prime minister's official residence, even when there was a full-time chef on staff. A former deputy director of the official residence was also charged.

Sara Netanyahu acted "to circumvent the rules and conditions" governing the official residence "in order to fraudulently obtain state funding for various expenses for the accused and her family that were not supposed to be financed in this manner," the indictment said.

If convicted, she could face a maximum sentence of five years behind bars, though that seemed unlikely. It was unclear when her trial would begin.

The indictment threatens to reinforce the unflattering reputation the Netanyahus have gained for enjoying an expensive lifestyle out of touch with most Israelis. Netanyahu also faces several police investigations into alleged corruption. The Netanyahus have denied any wrongdoing, and say they are the victims of a political witch hunt and hostile media.

Israeli police questioned Netanyahu, his wife and son last week in connection to a corruption case involving the country's telecom giant, Bezeq. Netanyahu is suspected of promoting regulations worth hundreds of millions of dollars for the company in return for more favorable coverage of the Netanyahu family on the telecom company's influential news site.