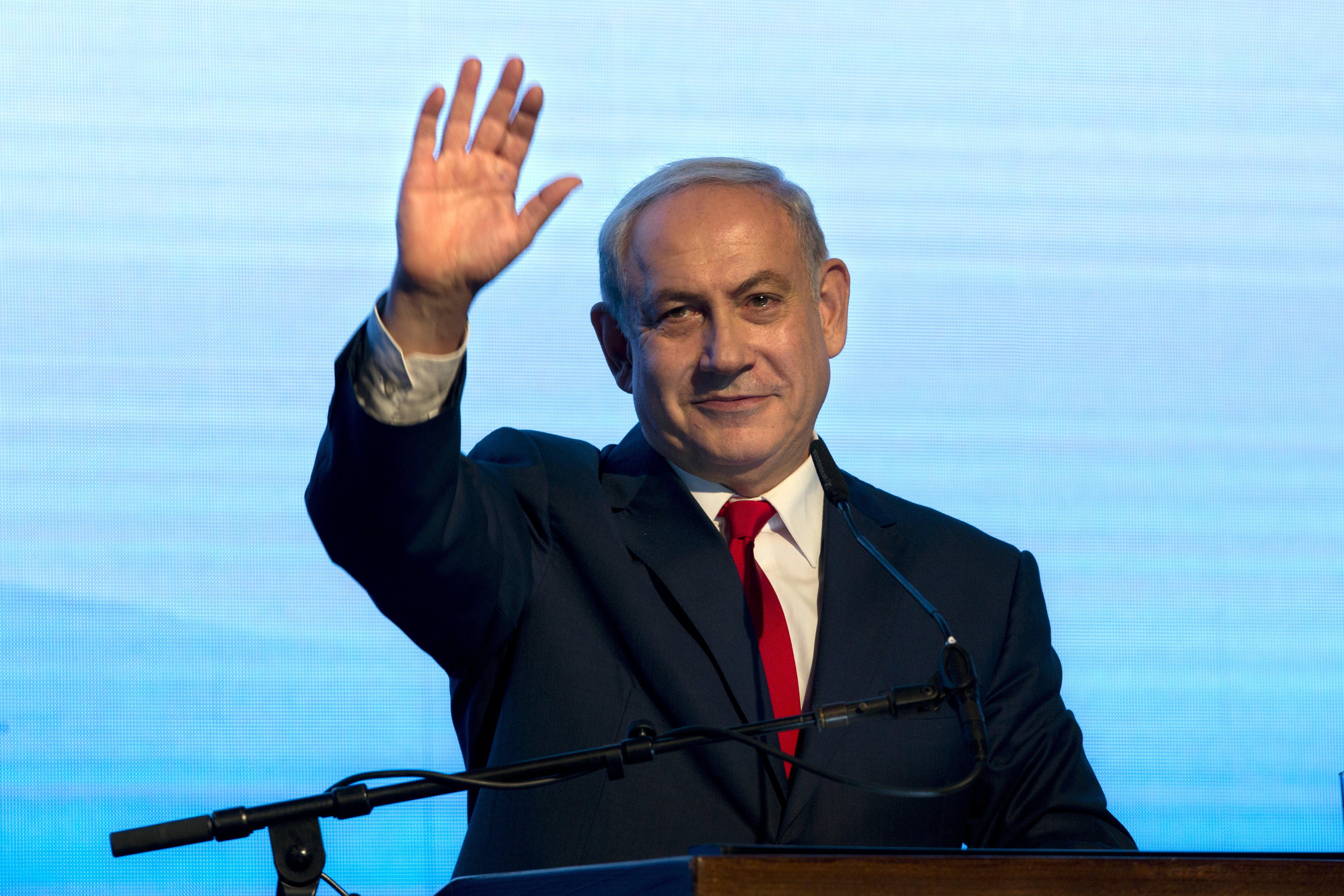 JERUSALEM -- Israeli Prime Minister Benjamin Netanyahu on Wednesday shrugged off police recommendations that he be charged with corruption, calling the allegations "biased, extreme: and "full of holes, like Swiss cheese" and vowing to remain in office.

Speaking at a local government meeting in Tel Aviv, Netanyahu said his government remains stable despite the police announcement, and that "the truth will come to light and nothing will come of this."

"After I read the recommendations report I can say that this is a biased, extreme document full of holes, like Swiss cheese, and doesn't hold water," Netanyahu said.

He contended that the value of the gifts police alleged he received were inflated "beyond recognition," and accused the report of "trying to create a false impression of exchanges that never existed."

The police announcement late Tuesday that Netanyahu accepted nearly $300,000 in gifts from two billionaires dealt the embattled prime minister an embarrassing blow after years of investigations, but did not appear to immediately rattle his rule as reaction largely fell along partisan lines.

Nearly all of Netanyahu's Cabinet ministers issued statements of support and no coalition partners appeared ready to bolt.

Public Security Minister Gilad Erdan, in charge of the police, said the prime minister "deserves the assumption of innocence," while Netanyahu's coalition whip, David Amsalem, accused the police of committing "an illegitimate act here to attempt a coup d'etat in Israel."

Opposition politicians, meanwhile, called for Netanyahu to resign and urged his coalition allies to abandon his government.

Labor Party leader Avi Gabbay said that Finance Minister Moshe Kahlon and Education Minister Naftali Bennett - leaders of two of the larger parties in Netanyahu's coalition - need to choose between supporting the prime minister and upholding the rule of law.

"There's really a government culture of corruption," he added.

The police recommendations now go to Attorney General Avihai Mandelblit, who will review the material before deciding whether to file charges. Netanyahu can remain in office during that process, which is expected to drag on for months. Both Kahlon and Bennett said they will await Mandelblit's decision to decide how to move forward.

On Tuesday night, Netanyahu accused police of being on a witch hunt and vowed to remain in office and even seek re-election. Netanyahu has served as prime minister since 2009, and previously from 1996 to 1999.

"I will continue to lead the state of Israel responsibly and loyally as long as you, the citizens of Israel, choose me to lead you," an ashen-faced Netanyahu said in a televised address.

The police recommendations marked a dramatic ending to a more than a yearlong investigation into allegations that Netanyahu accepted gifts from Hollywood mogul Arnon Milchan and Australian billionaire James Packer, and suspicions that he offered to give preferential treatment to a newspaper publisher in exchange for favorable coverage.

The police statement said their investigation found sufficient evidence to indict Netanyahu in the first case, known as File 1000, for accepting bribes, fraud and breach of trust. It said Netanyahu had accepted gifts valued at 750,000 shekels ($214,000) from Milchan, and 250,000 shekels ($71,000) from Packer. The gifts from Milchan reportedly included expensive cigars and champagne.

Police said that in return, Netanyahu had operated on Milchan's behalf on U.S. visa matters, legislated a tax break and connected him with an Indian businessman. It said he also helped Milchan, an Israeli producer whose credits include "Pretty Woman," ''12 Years a Slave" and "JFK," in the Israeli media market.

In news that send shockwaves through the political system, it emerged that Yair Lapid, leader of the opposition Yesh Atid party, had given testimony about the Netanyahu efforts to benefit Milchan he saw during his term as finance minister.

Key members of Netanyahu's Likud Party pointed to this as proof that the investigation was politically motivated and Amsalem angrily called Lapid a "snitch." Netanyahu on Wednesday called into question Lapid's motives for testifying, noting that Lapid "promised to topple me at any cost."

Lapid said that as a law abiding citizen he gave a short testimony upon request of the police and he called on Netanyahu to resign.

"Someone with such serious accusations against them, many of which he does not even deny, cannot continue to serve as prime minister with responsibility for the security and well-being of Israel's citizens," Lapid said.

During similar circumstances a decade ago, Netanyahu, as opposition leader, urged then-Prime Minister Ehud Olmert to resign during a police investigation, saying a leader "sunk up to his neck in interrogations" could not govern properly.

But Netanyahu remained defiant. His attorney, Amit Hadad, told Israel Radio Wednesday that the police's claims against his client were false.

"He didn't receive bribes at all. Not in a single day, not in a year, not at all," Hadad said. "The prime minister never acted in Milchan's benefit on any issue, except for one, that of the visa."

Netanyahu said he did so because Milchan had done much for Israel and noted that the late Shimon Peres had also been close with Milchan.

In the second case, known as "File 2000," Netanyahu reportedly was recorded asking Arnon Mozes, the publisher of the Yediot Ahronot daily, for positive coverage in exchange for promoting legislation that would weaken a free newspaper that had cut into Yediot's business.

Police said there was sufficient evidence to charge both Milchan and Mozes with bribery.

Channel 10 TV read a statement that it said came from Milchan's "defense team" saying the bribery charge would not stand. It said his relationship with Netanyahu went back to the early 2000s, before he became prime minister, and that the men and their families were friends.

There was no immediate comment from Packer or Mozes.