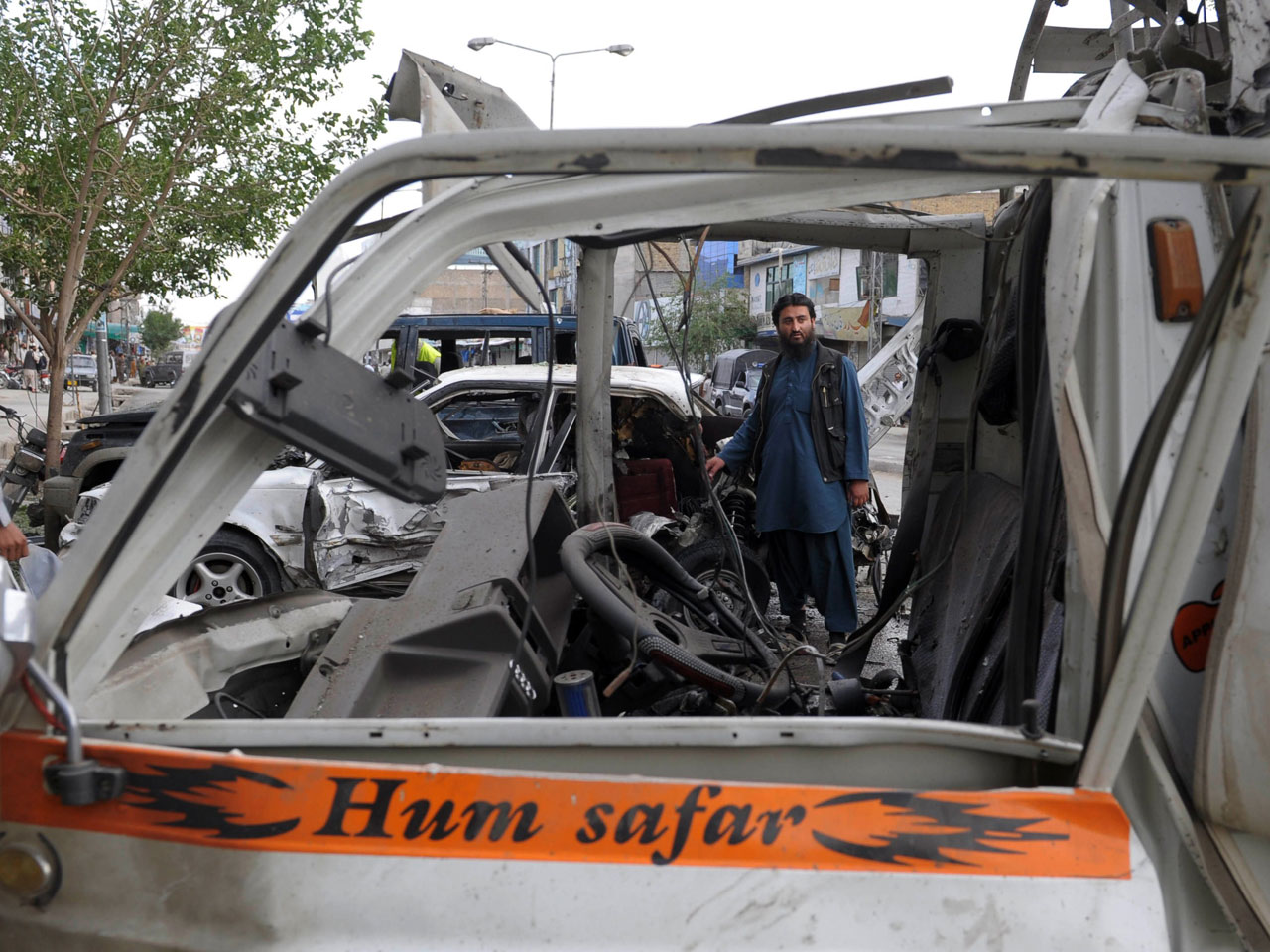 ISLAMABAD - Thousands of women and children on Wednesday protested in a remote part of Pakistan against the forced closure of schools by Islamic militants, a move that many saw as the latest sign that religious hardliners are seeking to make increasing inroads in the country.

The protests in Panjgur, a remote town in the southwestern Baluchistan province which borders Afghanistan and Iran, followed reports of the closure of at least 35 schools this month after they received threats from Islamic hardliners, senior government officials said.

Rahmat Ali Baloch, the provincial health minister of Baluchistan who also represents Panjgoor in the Baluchistan provincial legislature, told CBS News in a telephone interview from Quetta, the local capital of Baluchistan, that Islamic militants posed "a very serious and growing threat" to the inhabitants of Panjgur.

"They have sent letters to administrations of schools to warn them against boys and girls attending the same school. In fact, they want all our children to stay at home," said Baloch.

He added that the threats "have forced at least 35 schools to close."

A Pakistani intelligence official based in Quetta, who spoke to CBS News on condition of anonymity, said officials in Baluchistan believe that events in Panjgur were unlikely to be a one-off case.

"Today the threat is in Panjgur. Tomorrow it is set to spread elsewhere," said the intelligence official.

However in Islamabad, the Pakistani capital, Tahira Abdullah, a leading human rights campaigner told CBS News that Wednesday's protests were an encouraging sign of the determination by Panjgur's local population to fight back in spite of the threat from Islamic hardliners.

"It is admirable that people came out in such a dangerous situation," Abdullah said.

However, Abdullah warned that the threats which first appeared several days ago had also demonstrated widespread complacency among Pakistani officials and the political leaders in Baluchistan.

"The big question is, where is our government? Why did the government not take this threat seriously and take action in time?" asked Abdullah.

The threat to schools in Panjgur comes as the international community keeps a close eye on the fate of 200 Nigerian school girls who were kidnapped last month by Boko Haram, a Nigerian Islamic militant group.

On Wednesday, a senior U.N. official in Islamabad, who spoke to CBS News on condition of anonymity, said it was vital to block the threat to schools in Baluchistan "before the militants become bold to the point where something as disastrous as the Boko Haram (kidnapping of girls) case is repeated (in Pakistan)."

The U.N. official said security conditions in Baluchistan were likely to deteriorate in the coming months as U.S.-led Western troops prepare to depart Afghanistan for good.

"It is clear the withdrawal of U.S. forces (from Afghanistan) is already giving a lot of confidence to these militants," the U.N. official said. "They want to spread their influence."

Western officials say the proliferation of Islamic religious schools across Pakistan known as "madrassahs" in the past three decades is partly the reason groups like the Taliban can make deeper inroads across the country. This has consequently given opportunities to thousands of ideologically charged Islamic hardliners to set up camps in remote parts of Pakistan, including in Baluchistan, on the pretext of attending or creating a madrassah.

Such schools are widely known to include those where young firebrand activists are given training in the use of firearms and subsequently encouraged to venture out to conflict zones like Afghanistan to fight alongside other Islamic zealots.

"The madrassah schools in various places in Pakistan have helped the Taliban make serious inroads. This is one reason why they are able to dictate their terms in places like Panjgur," said the U.N. official.