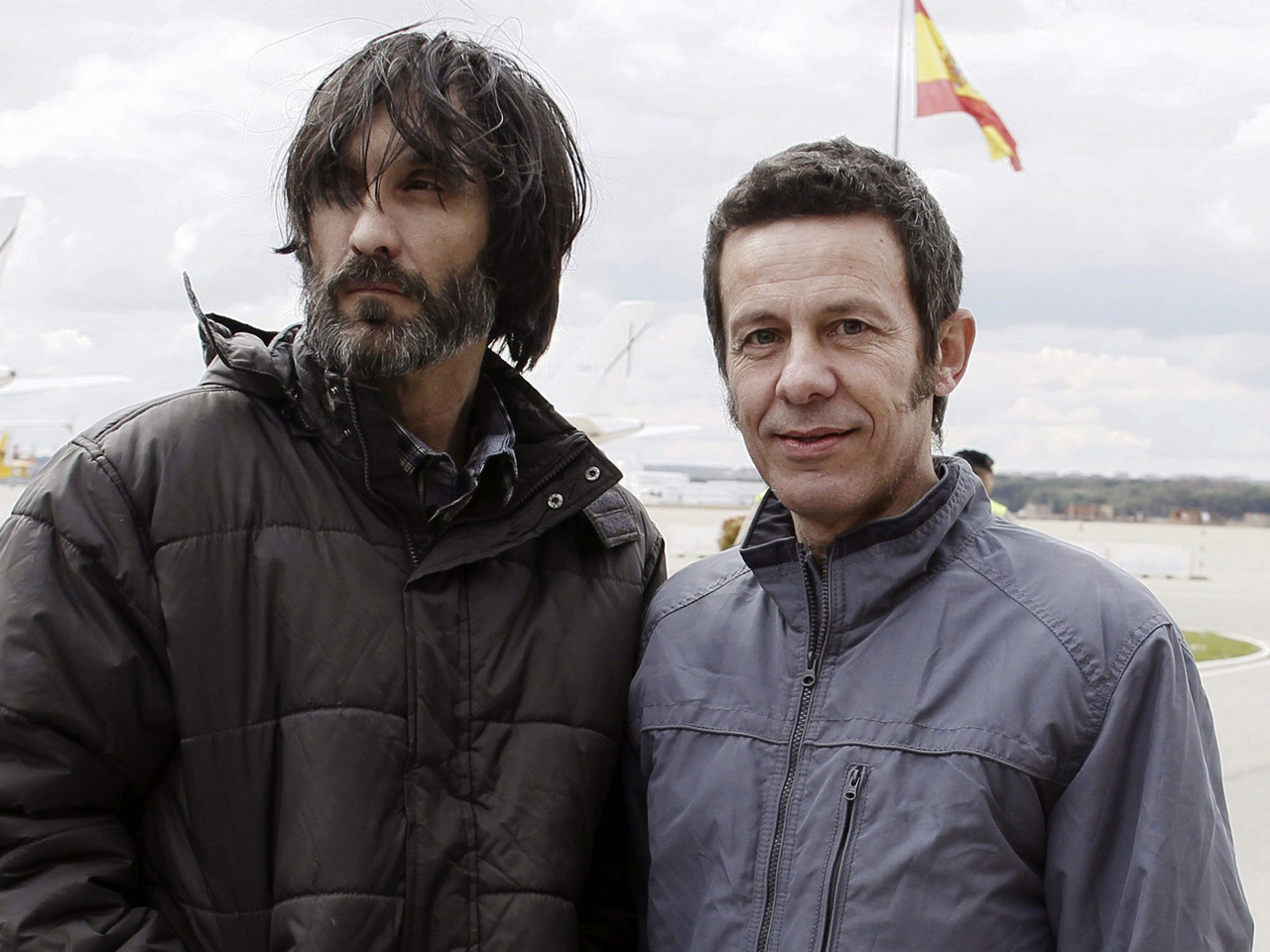 LONDON -- A former hostage held in Syria by Islamic State of Iraq and Syria (ISIS) extremists for more than six months has described mock executions and other forms of psychological torture against him and other captives.

Spanish journalist Javier Espinosa wrote in The Sunday Times that militant Mohammed Emwazi played a lead role in the mock executions. Emwazi, a Londoner nicknamed "Jihadi John," is believed to have played a central role in a series of beheading videos.

Espinosa, who works for El Mundo and was on assignment for the Spanish daily when he was abducted in September 2013, characterized Emwazi as a bloodthirsty psychopath who enjoyed threatening him and other Western hostages.

He said Emwazi "caressed" his neck with a long blade and described how he would behead Espinosa: "'Feel it? Cold, isn't it? Can you imagine the pain you'll feel when it cuts? Unimaginable pain,'" he quoted Emwazi as saying.

Emwazi went on to describe precisely how the beheading would occur, the former hostage said, and explained where he would place Espinosa's head once it had been done.

Espinosa described how the militants took pleasure in telling their more than 20 hostages each day that they would be beheaded. He said Emwazi used an antique sword for the mock executions and followed up by placing a Glock pistol against his head and pulling the trigger three times.

Espinosa said he and the other hostages dubbed three English jihadis who were part of the ISIS group "The Beatles" - even though the world-famous Liverpool band had four members. The nickname "Jihadi John" - which later caught on in the British press - is a reference to former Beatle John Lennon.

Espinosa was released in March 2014 after being held captive for 194 days. Most of the hostages were eventually released, but seven have died, including at least six who were killed, and one is known to still be a captive.

Marc Marginedas, a second Spanish journalist who was freed at the same as Espinosa, gave his account in the Periodico de Catalunya newspaper in Spain Sunday. He said he had explained to his captors that he wasn't a spy and had entered Syria twice before to report and had been treated well.

"'You entered Syria twice and it worked out well for you, but now we'll kill you,'" was the reply from his captor.

"'And do not try to become friendly. I don't love you. The ones I love are my brothers who have come here to fight,'" the unidentified captor said, according to Marginedas' account.