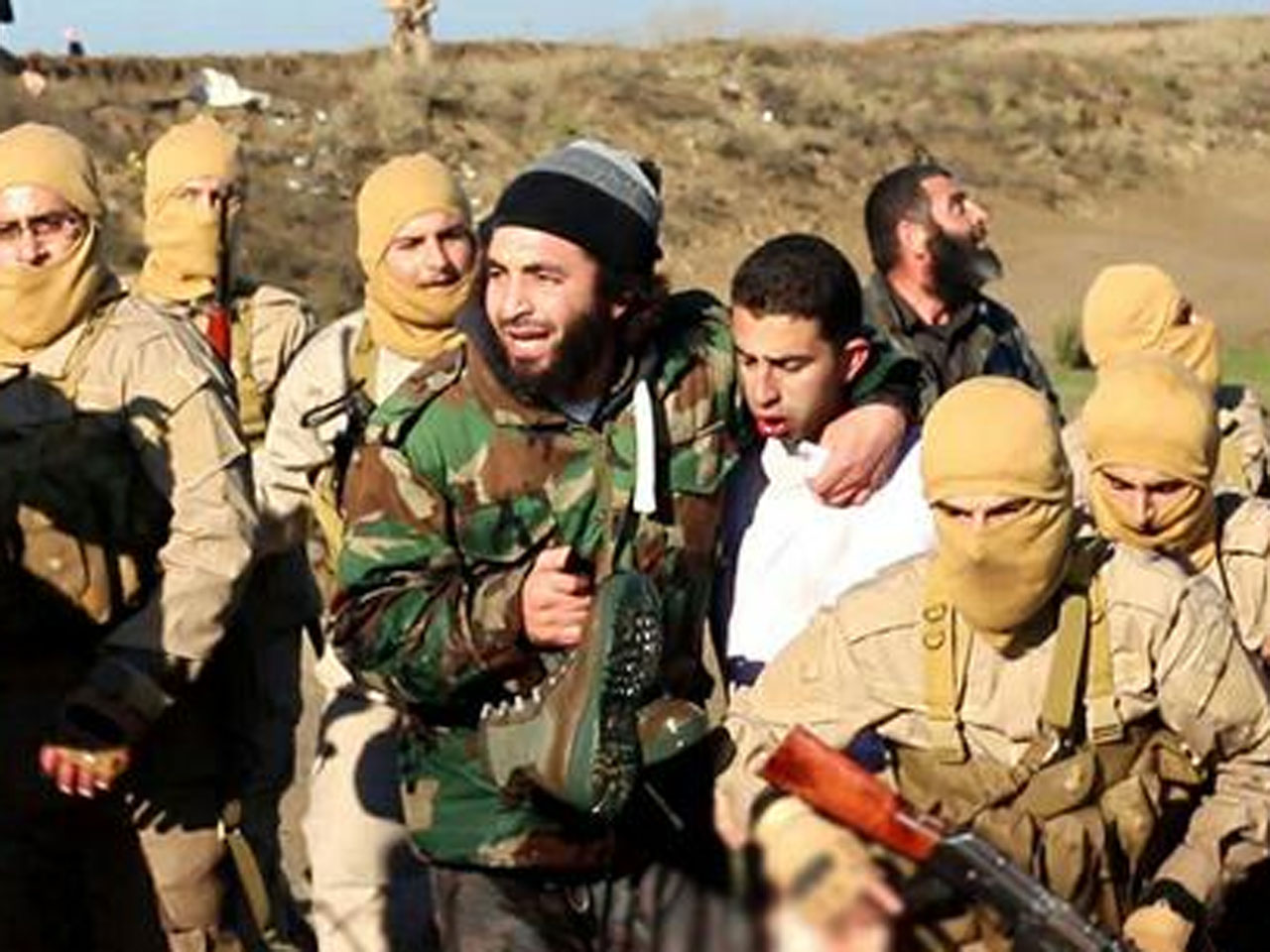 AMMAN, Jordan -- Islamic State of Iraq and Syria (ISIS) militants captured a Jordanian pilot after his warplane crashed in Syria while carrying out airstrikes Wednesday, making him the first foreign military member to fall into the extremists' hands since an international coalition launched its bombing campaign against the group months ago.

Images of the pilot being pulled out of a lake and hustled away by masked jihadis underscored the risks for the U.S. and its Arab and European allies in the air campaign.

In a statement, Jordan identified the pilot as Flight Lt. Moaz Youssef al-Kasasbeh, and said ISIS "bears responsibility" for his safety, reports NPR.

The capture - and the potential hostage situation - presented a nightmare scenario for Jordan, which vowed to continue its fight against the group that has overrun large parts of Syria and Iraq and beheaded foreign captives.

In a statement, the U.S. Central Command said evidence indicates ISIS "did not down the aircraft as the terrorist organization is claiming."

The cause of the crash was not immediately known.

Jordan's military said only that the warplane went down in Syria. A coalition official told The Associated Press that there were no immediate indications it was shot down. The official, who was not authorized to discuss the episode publicly and spoke on condition of anonymity, said the pilot was in an F-16 fighter and was able to eject.

ISIS is known to have Russian-made Igla anti-aircraft missiles. The shoulder-fired weapon has long been in the Syrian and Iraqi government arsenals; it was used during the 1991 Gulf War by Iraqi forces to bring down a British Tornado jet, for example. More recently, militants in Chechnya have used them to down Russian helicopters.

The warplane went down near the northern Syrian city of Raqqa, the de facto IS capital.

Images showed the pilot - in a white shirt, naked from the waist down and sopping wet - being pulled by gunmen out of what appeared to be a lake. Another picture showed him surrounded by more than a dozen fighters, some of them masked. The images were published by the Raqqa Media Center, a monitoring group that operates in areas under the extremists' rule with the group's consent.

The plane's glass canopy was taken by militants and put on display in the main square of Raqqa, according to the media center.

Jordan identified the pilot as 1st Lt. Mu'ath Safi al-Kaseasbeh. His cousin Marwan al-Kaseasbeh confirmed to the AP that the photos were of Mu'ath.

The United States and several Arab allies have been striking ISIS in Syria since Sept. 23, and U.S. and other international warplanes have been waging an air campaign against the extremists in Iraq for even longer. The campaign aims to push back the jihadi organization after it took over much of Iraq and Syria and declared a "caliphate."

Saudi Arabia, Jordan, Bahrain and the United Arab Emirates are participating in the Syria airstrikes, with logistical support from Qatar. Jordan in particular has come under heavy criticism from militants for its participation.

ISIS has beheaded dozens of Syrian soldiers it captured around the country. The group has also beheaded three Americans and two Britons. In Iraq, it has shot down at least one Iraqi military helicopter, and the pilots died in the crash.

Moman, the information minister, vowed: "The war on terrorism will continue." He praised the pilot as an "example of heroism."

Jordan's military said that the pilot was taken hostage by ISIS and that the group and those who support it will be held responsible for his safety.

The Britain-based Syrian Observatory for Human Rights said it had confirmation from activists on the ground that the aircraft was shot down, either by a Russian-made anti-aircraft missile or by heavy machinegun fire.

Activists say ISIS is widely known to have Igla missile systems, either captured or bought from rival Syrian rebels, who obtained them from international patrons or bought them on the international market. State arsenals in both Iraq and Syria have been looted, so that could also be a source of Iglas circulating among rebels.

The group is likely to try to target other planes, said military analyst Hisham Jaber, a retired brigadier general in the Lebanese military.

"Inevitably, they will take down more," Jaber said. He said that the anti-aircraft weapons require little training or expertise to employ and that aircraft flown by Arab countries are easier targets since they have less technology to avoid guided missiles.

Also Wednesday, a suicide bomber infiltrated a group of pro-government Sunni militiamen at a military base south of Baghdad as they gathered to collect their paychecks. The bomber detonated his explosives, killing at least 24 militiamen and soldiers and wounding 55 others, police said.