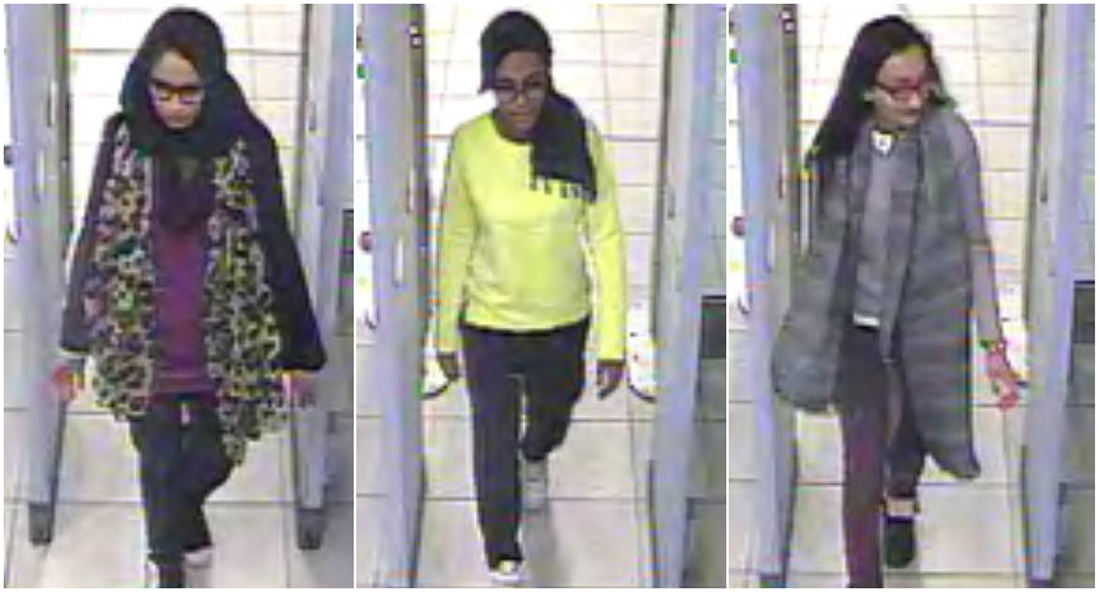 Foreign Minister Mevlut Cavusoglu said the suspect acted even though he or she worked for the intelligence agency of a country that is part of the U.S.-led coalition fighting ISIS. Cavusoglu did not identify the country but said it was not the United States or a member of the European Union.

Cavusoglu, who was interviewed on A Haber television, said he had shared the information with his British counterpart.

"Do you know who the person who helped the girls turned out to be?" Cavusoglu said. "Someone who works for the intelligence service of a country that is part of the coalition. It is not an EU member, it is not the United States either."

He did not provide further details on the suspect's detention.

A Turkish government official told The Associated Press the suspect has been detained for over a week. The official would not identify the country in question but said the suspect was not a citizen of that country. The official spoke on condition of anonymity because of rules that bar officials from speaking to journalists without prior authorization.

Britain's Foreign Office had no immediate comment on the news. A Turkish police spokesman said he had no information on the topic.

The three teenage girls - identified by British authorities as Shamima Begum, 15, Kadiza Sultana, 16, and Amira Abase, 15 - traveled from the U.K. to Turkey last month, from where they are believed to have crossed into Syria. Their journey highlighted the difficulty of halting the radicalization of young Muslims.

Turkey accused Britain of failing to notify authorities in time to prevent them from crossing into Syria.