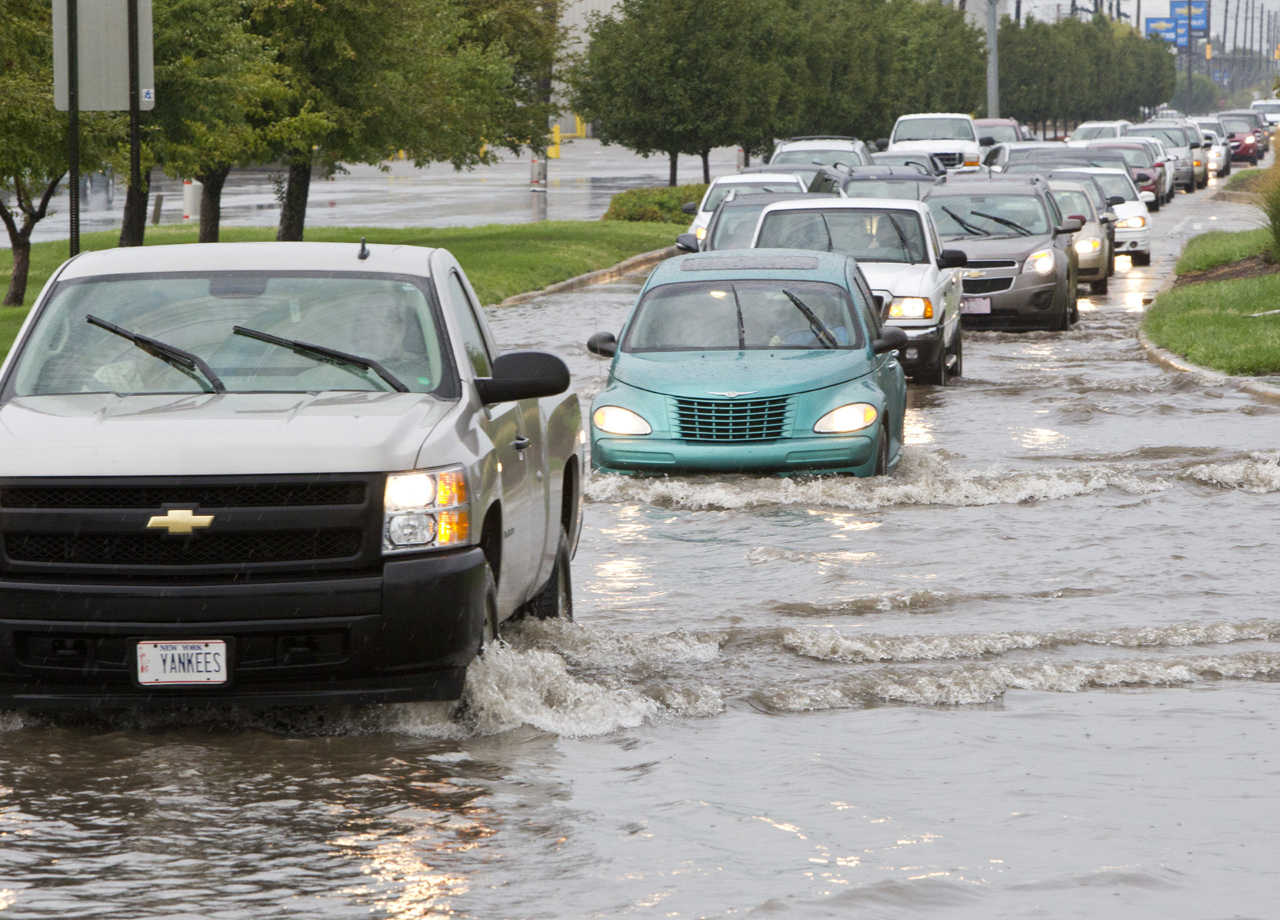 (AP) ST. LOUIS - When drought made Fourth of July fireworks a fire hazard, organizers in Chesterfield, Mo., decided to try again Labor Day weekend. Go figure: Now rain from the remnants of Hurricane Isaac has forced them to cancel again.

The storm is expected to drop several inches of rain over parts of the Midwest this weekend, and residents are preparing for a soggy holiday with mixed emotions. People in drought-stricken areas have been begging, pleading and praying for rain. But did it have to ruin the end-of-summer party?

"Whoever thought we'd have a hurricane challenge this event again?" city of Chesterfield spokeswoman Libbey Tucker said of the ill-fated fireworks display. "Somebody joked that next time it will be snow that we'll have to cancel for."

What's left of Isaac has been plodding north into states that badly need moisture. The worst drought in decades stretches from Ohio west to California. Isaac will move straight through some of the hardest hit states: Arkansas, Missouri, Illinois, Indiana and Ohio. Lesser rain is expected to the west in portions of Oklahoma and Kansas.

State emergency agencies, city and county leaders and utility crews have been preparing for the deluge. In Indianapolis, a line of about 100 cars snaked from a Department of Public Works lot where free sandbags were being distributed Friday. Residents could pick up bags filled with 30 to 50 pounds of sand.

Jenny Bland, 50, of Indianapolis, waited in line more than 90 minutes so she could pick up bags for her family and elderly neighbors.

Fears were well-founded in Arkansas, where some areas have had more than 6 inches of rain since Thursday, and thousands lost power. Tornado warnings were issued for several counties, but no touchdowns were confirmed late Friday and there were no reports of injuries or damage.

Brian Smith, senior forecaster for the National Weather Service in North Little Rock, said remnants of the hurricane were still affecting central and northeast Arkansas late Friday. Showers and thunderstorms were possible in the northern half of the state Saturday, he said.

Farther north, the concern — or hope, depending on your perspective — was mostly rain.

"Overall, this rainfall is much needed and much appreciated," meteorologist Jayson Gosselin, of the National Weather Service in suburban St. Louis, said late Friday. "It will definitely help our drought conditions for Illinois, Missouri and Arkansas to the south."

He said there hadn't been any threats of flash flooding or river flooding.

"Right now, with it being so dry we can take quite a bit of water," Gosselin said.

"The fact that the rain is going to be spread over probably two days, that's good," said meteorologist Jim Kramper, also with the National Weather Service in suburban St. Louis. "We're looking at rainfall deficits of 9 to 12 inches in this state so this isn't going to solve the problem, but it'll put a dent into it."

The downside: The rain was likely to make a washout of a usually festive weekend, with some events called off and others moved inside.

Dozens of high school football games were canceled, postponed or rescheduled. College teams, however, were prepared to play.

"That field's not going to be slick, and we don't have a Plan B," said Arkansas coach John L. Smith, whose Razorbacks prepared to host Jacksonville State on Saturday night in Fayetteville. Besides, he added, "The sun always shines on the Hogs."

In Champaign, Ill., Thomas Maton planned to put his wallet and cellphone in plastic bags and wear clothes he doesn't mind getting soaked for the Illini opener Saturday against Western Michigan. He figured he'd sat through worse, including games in sub-freezing temperatures.

"There's a certain point in your mind where you cross a line, `We're stepping out of sanity here,"' Maton said. "But it's like, what the heck, it's two to three hours."

The weather put a damper on tourism. Oleg Shneper, manager of the Extended Stay America hotel near Kings Island amusement park in suburban Cincinnati, received several cancellations because of the weather.

"People have called to say they can't get here because the rain is keeping them from getting out of airports," he said.

About 120 of the 400 reservations for campsites at Patoka Lake in southern Indiana had been canceled, said Nick Werner, spokesman for the Indiana Department of Natural Resources.

Those willing to brave the elements were urged to be careful. Officials at the Mark Twain National Forest in southern Missouri suggested staying away from river banks and other waterways prone to flash flooding. At Brown County State Park in Nashville, Ind., manager Doug Baird advised horse and bike riders to stay off muddy trails.

But meteorologist Kramper said the long weekend shouldn't be a total washout. Sunny skies were expected throughout most of the Midwest on Monday.