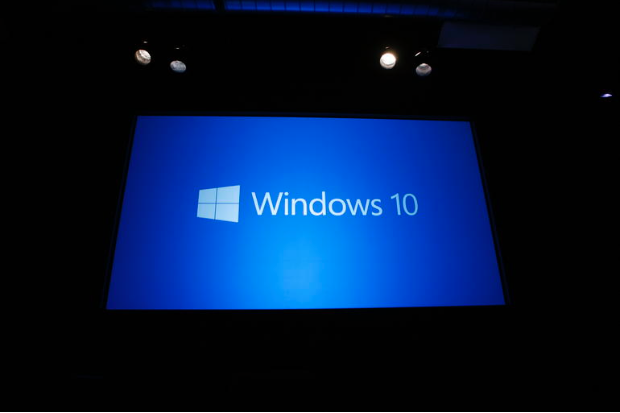 There are quite a few theories floating around out there as to why Microsoft decided to name the latest version of its flagship operating system Windows 10, skipping over Windows 9. On Tuesday, the company unveiled the name and showed off a brief demo of the OS at a press event in San Francisco. The leap from Windows 8 to Windows 10 easily stole the spotlight from any visual design and developmental changes Microsoft has baked in to the product.

So what's the deal? On the surface, it appears to be smart marketing. The Windows 8 brand has been mired in controversy for the last two years stemming from Microsoft's bold yet unfamiliar design language and functionality decisions. So why not scrap any association with an entire numeric leap?

Other theories are that there are 10 major consumer releases of Windows, making this a celebration of that progress, while some feel it should have been called Windows 11 in that case. Some think Microsoft may make future Windows releases incremental, and thus free, after Windows 10 -- the same strategy Apple employed when it switched from numerals to feral cats after the release of Mac OS X. That theory has been bolstered by reports earlier this week stating that Andreas Diantoro, the president of Microsoft Indonesia, reportedly said the company was planning on making its next version of Windows free to current Windows 8 users. (The company declined to talk Windows 10 business models yesterday.)

Yet no explanation seems to come close to matching that of a self-described Microsoft developer who goes by the name cranbourne on the social news site Reddit. The user points the finger at Microsoft's almost 20-year-old releases that helped make the software maker a household name during the rise of the PC:

Microsoft dev here, the internal rumours are that early testing revealed just how many third party products that had code of the form

and that this was the pragmatic solution to avoid that.

"Having worked on the Windows compatibility team before, I have no difficulty believing this," wrote user richkzad in response. There are in fact examples of this on publicly available code repositories.

Essentially, many software programs that have been updated to be compatible with each and every Windows upgrade since 1995 may have recycled a version of this code snippet to allow them to work with both Windows 95 and Windows 98. If Microsoft's next OS had been named Windows 9, such software would have seen that the name starts with "Windows 9" and could have confused the new operating system with Win 95 and 98. That could have created compatibility issues and caused the programs to stop working, or it could have led to version-check errors or other unknown problems.

Examples might include outdated but still-in-use versions of software from Apple, such as QuickTime; scores of word processing apps and plugins; and even large-scale enterprise software from companies like SAP and Oracle that's used to do resource planning, customer and supply chain management and database development. Obviously, this could have been a disaster, one Microsoft would rather sidestep.

Not only does this theory seem to be more probable than other explanations -- countless troves of third-party software were built on the backbone of Windows 95 and Windows 98 -- it also seems to be sprouting up independently among other Microsoft watchers and tech industry pontificators. Here's blogger and technologist Anil Dash with the very same conclusion:

I bet the real reason it's called Windows 10 is because some enterprise app written 20 years ago checks for "Windows 9x". #imaginethemeeting

There is no way of knowing what Microsoft executives were really thinking for now. Terry Myerson, Microsoft's executive VP of operating systems, took a great deal of time at the beginning of yesterday's event to toy with the audience. He first explained why Windows 9 would make logical sense, only to wipe the PowerPoint screen. He went on to say that Windows One was a better choice as it jibed with the company's nonsequential naming scheme for its Xbox gaming console (the company released the "Xbox" and then the "Xbox 360," only to go with "Xbox One" for the gadget's latest iteration). But Myerson joked yet again, saying the Windows One name was already taken and showing a slide of Microsoft co-founder Bill Gates, who oversaw the original Windows 1.0 release.

When Myerson landed on Windows 10, he had to reassure the crowd that he was indeed serious this time. They were skipping 9 -- for real. "It's a name that resonated best with what we'll deliver," Myerson said.

When reached for comment, a Microsoft spokesperson said, "Windows 10 carries Windows forward into a new way of doing things. It is not an incremental change, but a new Windows that will empower the next billion users."