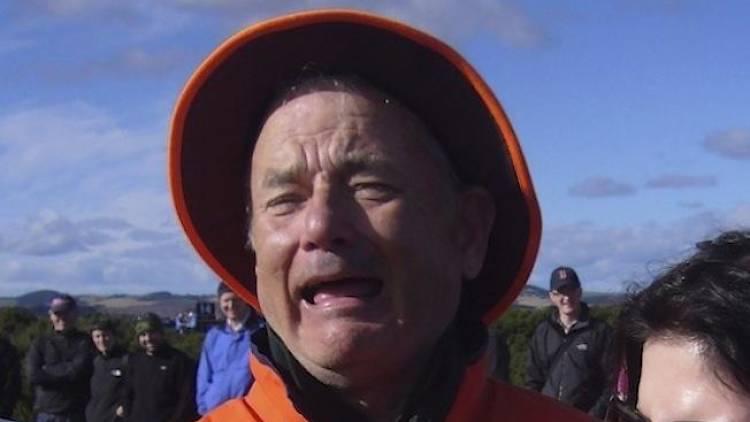 The internet can’t resist a good optical illusion. It never could. Who could forget the infamous blue-and-black (no! white-and-gold) dress? People debated over the hues of those horizontal stripes for months. Then, of course, there was the viral “hot dogs or legs” craze. And now, a photo of a celebrity, snapped by a fan way back in 2012, has the internet befuddled all over again.

The photo, taken by a woman named Laura Michele Ross at the Alfred Dunhill Links golf competition in Scotland four years ago, was posted to the Facebook page “Reasons My Son is Crying” in 2013, and now it is suddenly making the rounds in every crevice of the web.

The photo shows one of the A-list celebrities at the tournament mimicking a baby as he cries. And at first, the Twittersphere seemed positive that celebrity was Tom Hanks.

The comments on Ross’s original Facebook post are also speckled with people adamantly arguing that Tom Hanks is the picture’s subject. “Hanks!” one commenter exclaims. “Oh come on, it’s Tom,” another chimes in.

All this despite the fact that the post’s caption literally reads, “He met Bill Murray.”

In fact, when the unexpected debate erupted on social media this month, Ross sent the BBC a copy of the photo that she actually had signed by Bill Murray when she and her husband ran into the “Ghostbusters” star again in 2014.

“It’s definitely Bill,” she told the British news organization. The internet simply won’t take no for an answer.

And now, social media users are getting creative.

So, the real question may not be whether it’s Tom Hanks or Bill Murray in this specific picture, but whether Tom Hanks and Bill Murray are each other’s real-life doppelgangers.

And if that’s the case, was it actually Bill Murray who starred in “Forrest Gump” and Tom Hanks in “Groundhog Day” all this time? As Forrest says, “Life is like a box of chocolates. You never know which one you’re going to get.”