Ah, the power of the viral Internet. Yesterday it was llamas on the l(l)oose and today it's #TheDress.

David Brainard, Ph.D., a color vision expert and psychology professor at the University of Pennsylvania, is happy to hear it. "Color science has captured the imagination of the universe," he told CBS News.

He and several colleagues were trading calls and emails Friday morning while the entire world seemed divided between two camps: those who saw a picture of a dress originally posted on Tumblr and said it was blue and black, and those who saw the same picture and were positive it was white and gold.

"I don't really know what's going on," Brainard began, "I'd guess it's a confluence of different factors."

First, there's the easy explanation, the one Brainard called the "uninteresting fact" that colors can be rendered quite differently on different screens. That means that looking at the picture on your phone or on your computer or on your extra monitor can completely change the way it looks. The resolution and the color calibration can create huge visual differences.

The light in the room at the time also affects the way your eyes perceive the image. Add in that there are several versions of the same picture floating around online, and it could easily be a question of which picture you're looking at and what device you're viewing it on.

Then there's the "interesting" fact that people looking at the same picture on the same screen in the same lighting conditions are still in disagreement, and suddenly the easy answer goes out the window.

To unravel this part you need to look at a few things: the original photograph, the nature of light and our wacky, wonderful brains.

Different light sources throw off light of different colors. Sunlight is very yellow. Shade casts a bluish hue. This changes the color of light reflecting off an object and into your eye. But the reason we don't see the color of a flower differently in sunlight versus shade versus under an incandescent or fluorescent lamp is that our brain takes account of the illumination changes and adjusts our perception accordingly.

But in the case of the mysterious dress, this doesn't seem to be working quite right.

"If you look at the photo, the lower right is very yellow and the upper right is very blue. Both of those areas are providing information. The brain is trying to do this process in an image that doesn't work quite the same as it does in natural viewing."

Sarah Allred, Ph.D., an assistant professor of psychology at Rutgers University, also saw problems presented by the picture itself. (She was also excited about all the hubbub: "I find it interesting that my usually-considered-boring research area is getting some attention," she told CBS News.)

"It is very easy (especially in photographs) to change the perceived color of an object by changing the illumination. This is because the color of the light entering your eye from an object mixes up the color of the illumination and the color of the object," she wrote in a blog post Friday. "Is the blue light reaching your eye a white dress under a blue light or a blue dress under a white light? Your brain has lots of tricks for 'unmixing,' so such illusions rarely occur in real life. But much real-world information is lost in photographs, and this can sometimes cause illusions..."

The way your brain uses light conditions to interpret what you're seeing is evidenced in the checker shadow optical illusion created by MIT professor Edward H. Adelson. The squares marked A and B appear to be different colors -- A looks gray while B looks white. Right?

Well, they're actually both the exact same shade of gray. Your eyes "know" this, but your brain tells you a different story. It figures that B is in the shadow and therefore, in order to explain how both squares could be sending the same amount of light to your eye, it determines that it must be white.

Just like the dress, it can feel impossible to believe. But it's true:

What strikes Brainard as particularly odd about all of this is that while after seeing most optical illusions, people are typically able to force themselves to switch back and forth between one interpretation and another. Consider the famous face/vase image. Once you've seen both the face and the vase, you can make yourself see either one.

But that doesn't seem to be happening with this dress, hence the vehement debate.

"That's the part where I'd say I don't myself have a full understanding," said Brainard. "I don't find this one easy. I can't stare at this image and make myself see it as white and gold or blue and black. At the moment it's looking pretty blue and black to me."

Correction: An earlier version of this story misstated the name of U. Penn. professor David Brainard. 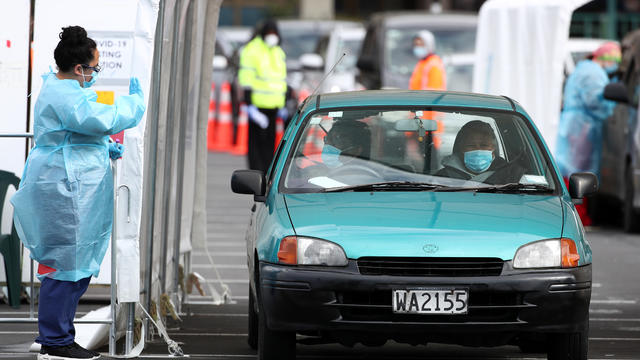 Source of 30 new infections remains a mystery, but leader Jacinda Arndern says her country can beat back the disease a 2nd time.

On "The Takeout" this week, longtime Democratic political consultant Paul Begala said that Kamala Harris is a "reassuring" choice for "Biden Republicans." 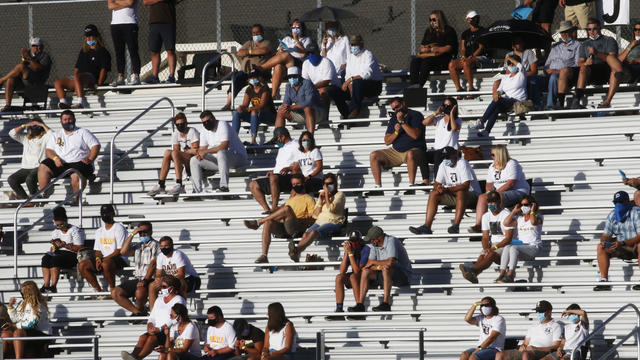 Fans wore masks and players drank from their own water bottles instead of sharing, and fans were restricted, as Herriman High in Utah took on Davis High. 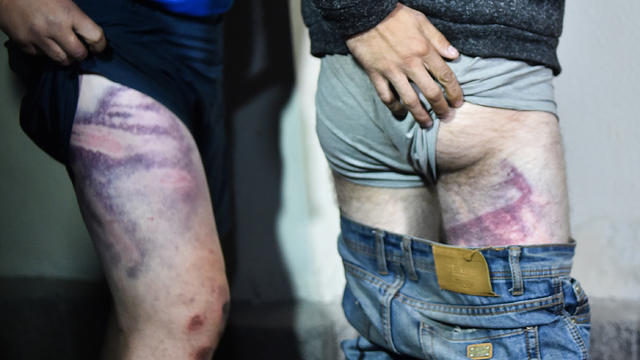 Belarus protesters claim they were tortured for decrying election

Almost 7,000 were arrested in "Europe's last dictatorship" for challenging the president's purported landslide victory, and an unclear number remain missing.