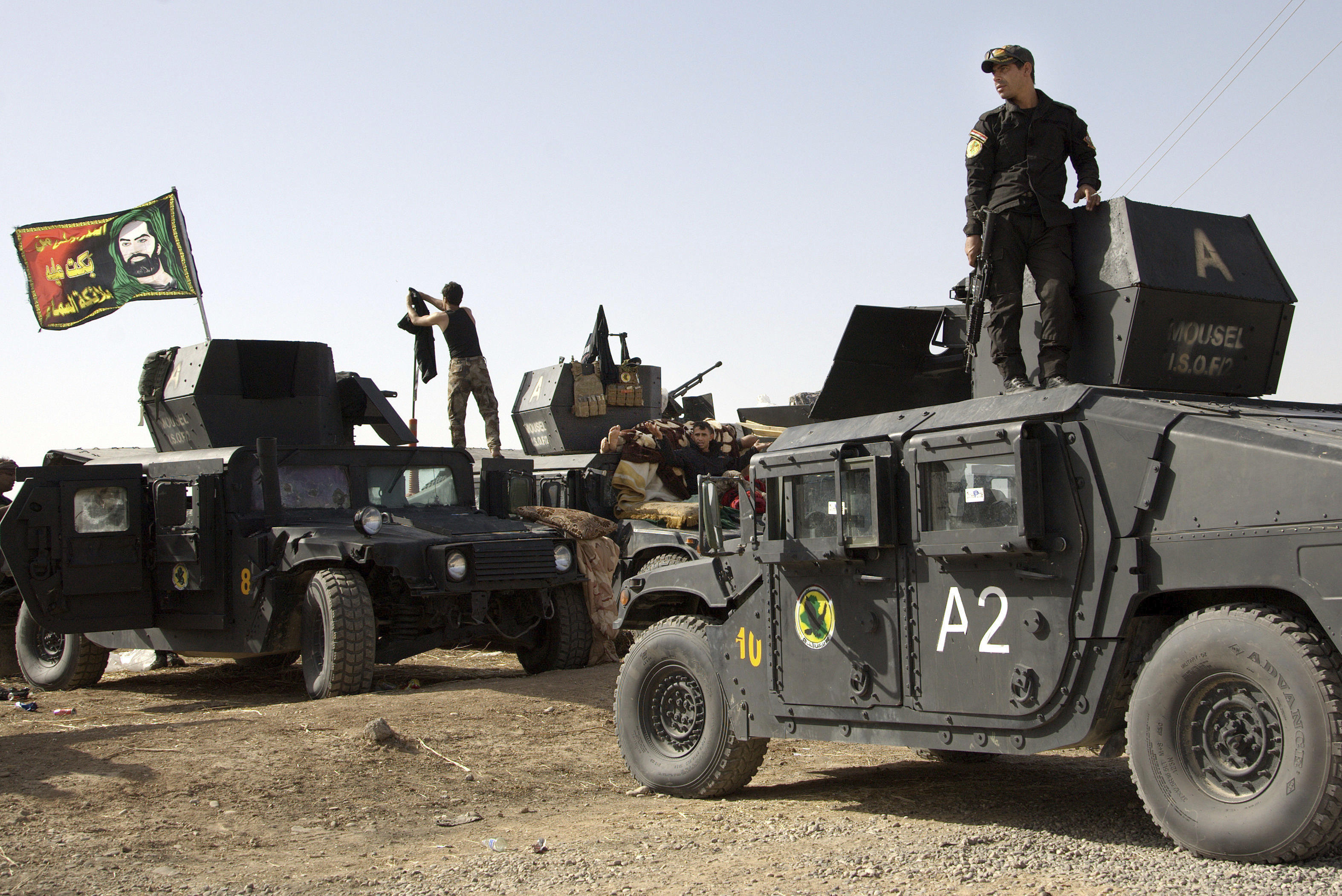 State TV showed a brief written statement in the early hours Monday announcing the start of the widely anticipated military offensive to drive ISIS out of Iraq’s second largest city.

Broadcasts showed the prime minister, dressed in a military uniform, speaking while flanked by senior officers. State TV broadcast patriotic music within minutes of the announcement.

The thuds of sporadic artillery shelling rumbled across the rolling Nineveh plains in the direction of Mosul, witnesses said.

The push to retake Mosul will be the biggest military operation in Iraq since American troops left in 2011 and, if successful, the strongest blow yet to ISIS.

Iraqi forces have been massing around the city in recent days. They include members of the elite special forces, who are expected to lead the charge into the city itself.

Mosul is home to more than a million civilians.

AFP quotes Stephen O’Brien as saying, “I am extremely concerned for the safety of up to 1.5 million people living in Mosul who may be impacted by military operations to retake the city from ISIL.”

According to AFP, O’Brien warned that “families are at extreme risk of being caught in cross-fire or targeted by snipers.”

Mosul fell to ISIS fighters during a lightning charge in June 2014 that left nearly a third of Iraq in militants’ hands and plunged the country into its most severe crisis since the U.S.-led invasion in 2003.

After seizing Mosul, ISIS leader Abu Bakr al-Baghdadi visited the city to declare an Islamic caliphate that at one point covered nearly a third of Iraq and Syria.

But since late last year, the militants have suffered battlefields losses in Iraq and their power in Iraq has shrunk to Mosul, about 360 kilometers northwest of Baghdad, along with small towns in the country’s north and west.

The operation to retake Mosul is expected to be the most complex yet for Iraq’s military, which has been rebuilding from its humiliating 2014 defeat.

Secretary of Defense Ash Carter released a statement Sunday evening saying the start of Iraqi operations to liberate Mosul from ISIS is a decisive moment.

“The United States and the rest of the international coalition stand ready to support Iraqi Security Forces, Peshmerga fighters and the people of Iraq in the difficult fight ahead. We are confident our Iraqi partners will prevail against our common enemy and free Mosul and the rest of Iraq from ISIL’s hatred and brutality,” the statement said.

The commander of Operation Inherent Resolve -- the U.S.-led bombing campaign against ISIS in Iraq and Syria -- issued a statement early Monday saying, “This operation to regain control of Iraq’s second-largest city will likely continue for weeks, possibly longer.  Iraq is supported by a wide range of coalition capabilities, including air support, artillery, intelligence, advisors and forward air controllers.  But to be clear, the thousands of ground combat forces who will liberate Mosul are all Iraqis.”

Lt. Gen. Stephen Townsend added, “This may prove to be a long and tough battle, but the Iraqis have prepared for it and we will stand by them.  The Iraqi Security Forces and the Coalition are not only fighting for the future of Iraq, we are fighting to ensure the security of all of our nations.  We salute the bravery and commitment of the Iraqi Security Forces to this mission and wish them good luck and God’s blessings in this battle.”

Iraqi forces began moving into Nineveh province to surround Mosul in July, when ground troops led by the country’s elite special forces retook Qayara air base south of the city. Thousands of Iraqi troops were deployed there ahead of the planned operation. Iraqi troops were also positioned east of Mosul in the Khazer area, along with Kurdish Peshmerga forces, and to the north of the city near the Mosul Dam and Bashiqa areas.

Before the prime minister’s announcement, Brig. Gen Haider Fadhil told The Associated Press in an interview that more than 25,000 troops, including paramilitary forces made up of Sunni tribal fighters and Shiite militias, will take part in the offensive that will be launched from five directions around the city. In addition to carrying out airstrikes, the U.S.-led international coalition will also offer artillery fire, he added.

According to U.N. estimates, up to 1 million people could be displaced from Mosul during the operation, exacerbating the humanitarian situation in the country. The conflict in Iraq has forced 3.3 million people to flee their homes, with most of them living in camps or informal settlements.

Fadhil voiced concern about potential action from Turkish troops based in the region of Bashiqa, northeast of Mosul. Turkey sent troops to the area late last year to train anti-IS fighters there.

But Baghdad has seen the Turkish presence as a “blatant violation” of Iraqi sovereignty and has demanded the Turkish troops withdraw, a call Ankara has ignored.