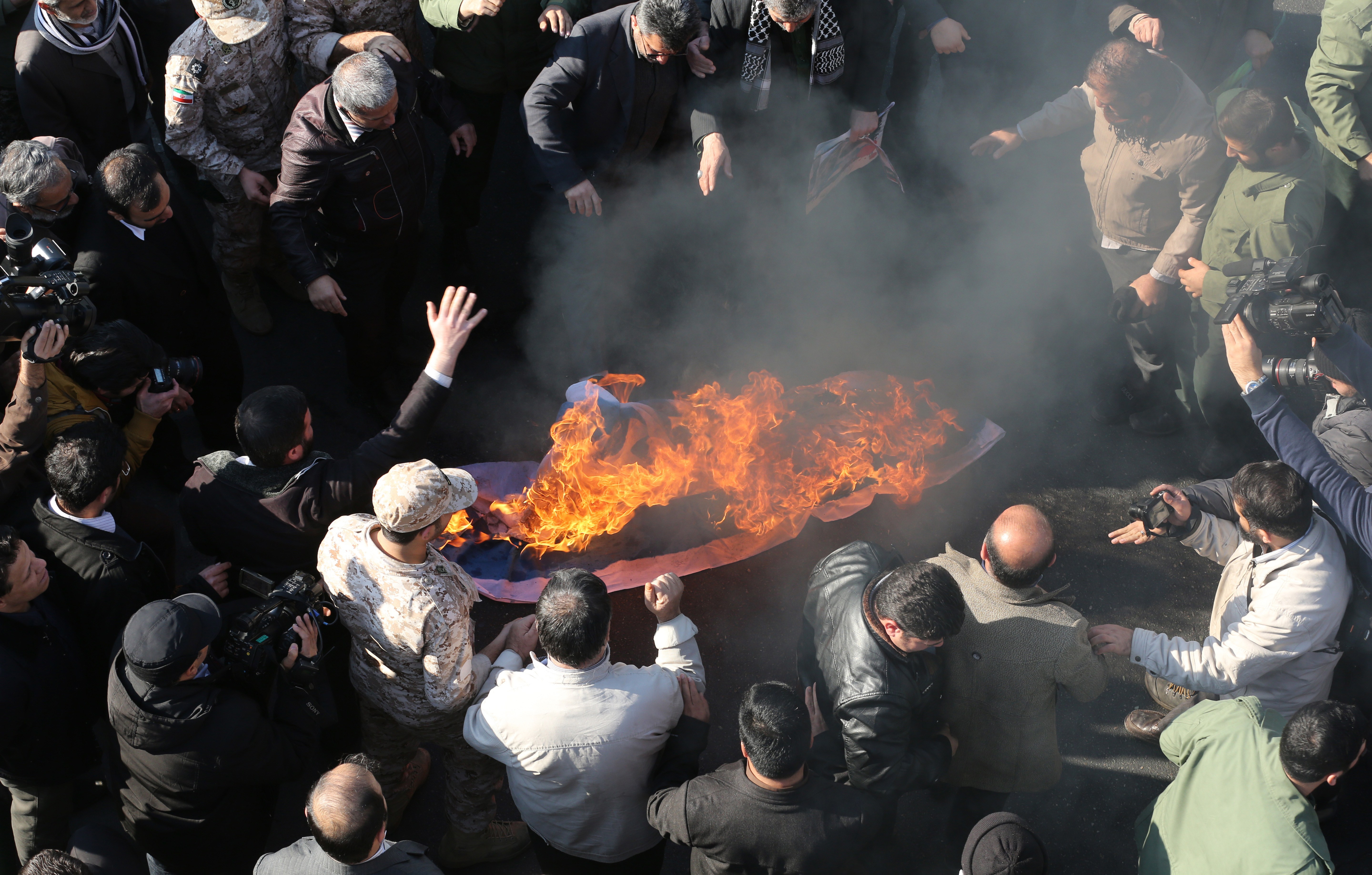 TEHRAN, Iran -- Iran's Revolutionary Guard said Wednesday that Israel will be punished for killing one of its generals in an airstrike in Syria that also killed six Lebanese Hezbollah fighters.

Nasser Soltani, a senior Guard commander, said "Israel will certainly pay for what it did." He spoke during a ceremony Wednesday for Brig. Gen. Mohammad Ali Allahdadi, who will be buried in his hometown of Sirjan in southeastern Iran on Thursday.

Iran has repeatedly vowed to retaliate against any attacks by Israel or Western powers in recent years. It is unlikely to respond militarily, but may step up the support it already provides to armed groups like the Palestinian Hamas and the Lebanese Hezbollah movements.

State TV said Allahdadi was "martyred while performing his advisory mission" in Syria.

Iran and Hezbollah, close allies of Syrian President Bashar Assad, blamed Israel for Sunday's airstrike in the Golan Heights. Israel, which is believed to be behind a number of airstrikes in Syria in recent years, has neither confirmed nor denied involvement.

Allahdadi is one of the highest ranking Iranian officers known to have been killed abroad in decades. Another senior Guard commander, Brig. Gen. Hamid Taqavi, was killed during a battle against the Islamic State extremist group in Samarra, Iraq last month.

"The path of the martyr Allahdadi is unstoppable. It will continue until the liberation of the sacred Quds (Jerusalem) and elimination of the Zionist regime as a disgraceful blot in the region," Iran's chief Guard commander, Gen. Mohammad Ali Jafari, was quoted by the official IRNA news agency as saying Wednesday.

Gen. Akbar Fotouhi, another senior Guard commander, accused Israel of being in league with the extremist groups fighting in Syria and Iraq.

"The link between the Zionist regime (Israel) and the Islamic State and extremists became evident in his martyrdom," he was quoted by state TV as saying Wednesday.

In November, Israeli Prime Minister Benjamin Netanyahu suggested the U.S. is failing to see Iran's intentions the fight against the Islamic State of Iraq and Syria (ISIS) or Iran.

"Iran is not your ally. Iran is not your friend. Iran is your enemy. It's not your partner. Iran is committed to the destruction of Israel," Netanyahu said in an interview with CBS' "Face the Nation" when asked whether the U.S. should try to work with Iran in the fight against ISIS. Both countries want to see the jihadist group defeated for different reasons, but Iran has rejected U.S. overtures for cooperation in the fight.