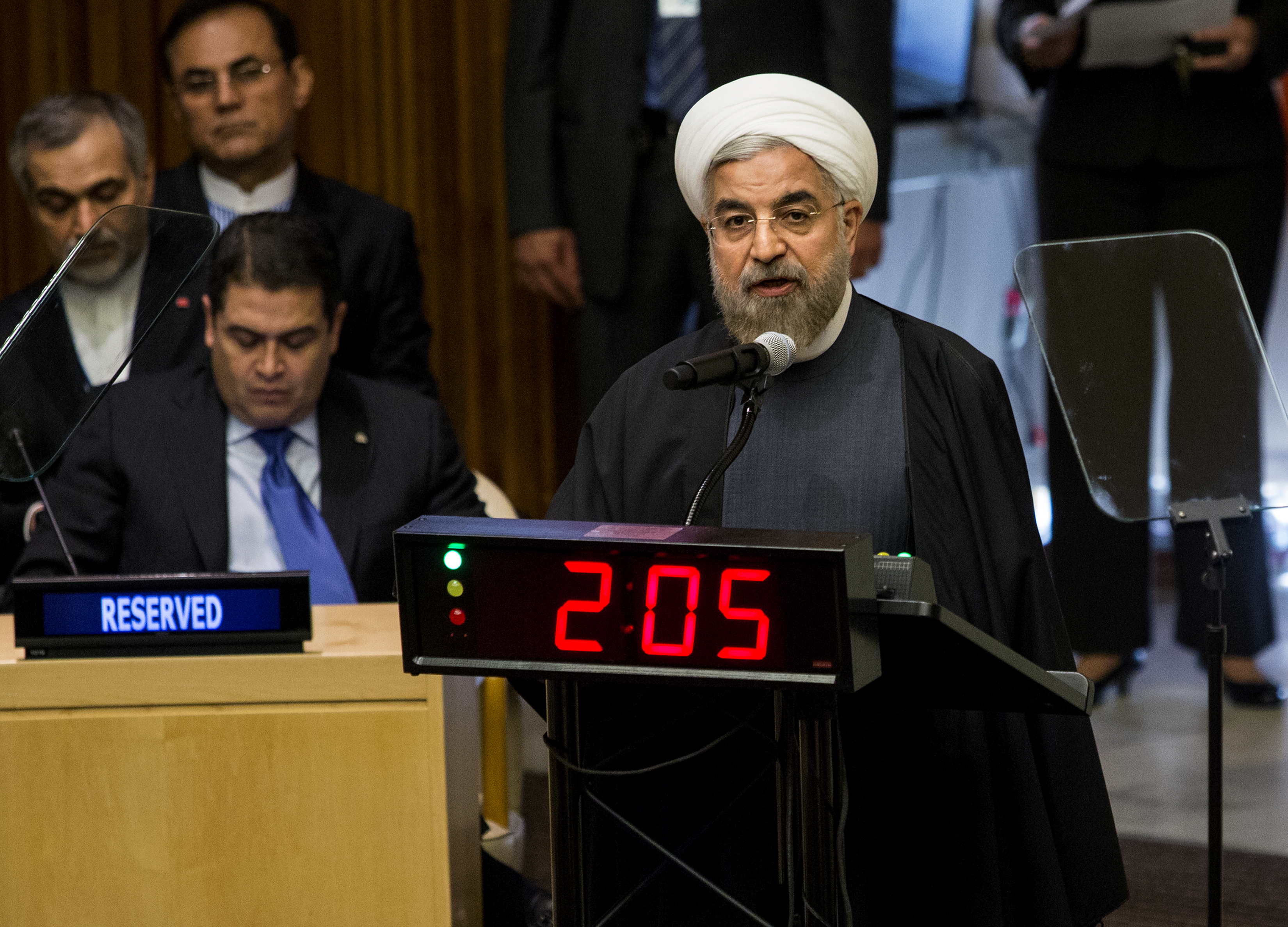 As negotiators work to conclude a nuclear deal with Iran by the end of the month, Iranian President Hassan Rouhani reached out directly to British Prime Minister David Cameron and French President Francois Hollande Thursday. He also sent a letter to President Obama.

A spokesperson for the National Security Council, Bernadette Meehan, confirmed that Rouhani sent the letter to the president through the U.S. negotiating team in Lausanne, Switzerland, where American negotiators are meeting with their counterparts from Iran and five other world powers.

Meehan did not share any further details about the contents of the letter, but Rouhani appeared to outline its contents in a series of tweets.

Cameron, according to a Downing Street spokesperson, pressed Rouhani to show some flexibility on outstanding issues, so that the parties could make a deal. He also reportedly told Rouhani that Iran would need to assure the international community that its nuclear program "was being developed exclusively for peaceful purposes," Downing Street said.

Hadi had the backing of the United States because he allowed the American military to conduct drone strikes there against al Qaeda in the Arabian Peninsula (AQAP). The U.S. has condemned the Houthi's military actions and pledged to provide logistical and intelligence support to the Gulf Cooperation Council, the union of Gulf States that includes Saudi Arabia, Bahrain, Kuwait, Oman, Qatar and the United Arab Emirates. All but Oman are helping with the military intervention in Yemen at Hadi's request.

The Downing Street spokesman said Cameron and Rouhani "discussed the importance of ensuring that Al Qaeda and [the Islamic State of Iraq and Syria] were not able to take advantage of the deterioration in the political situation to gain a foothold there."

"The Prime Minister said that the best way to do this is by supporting President Hadi as the legitimate leader of Yemen. The Prime Minister emphasised that there needs to be a political process to restore stability and, as part of that, other countries should not be supporting the Houthi rebels but rather encouraging all the different parties in Yemen to come together in a political process," the spokesman said.