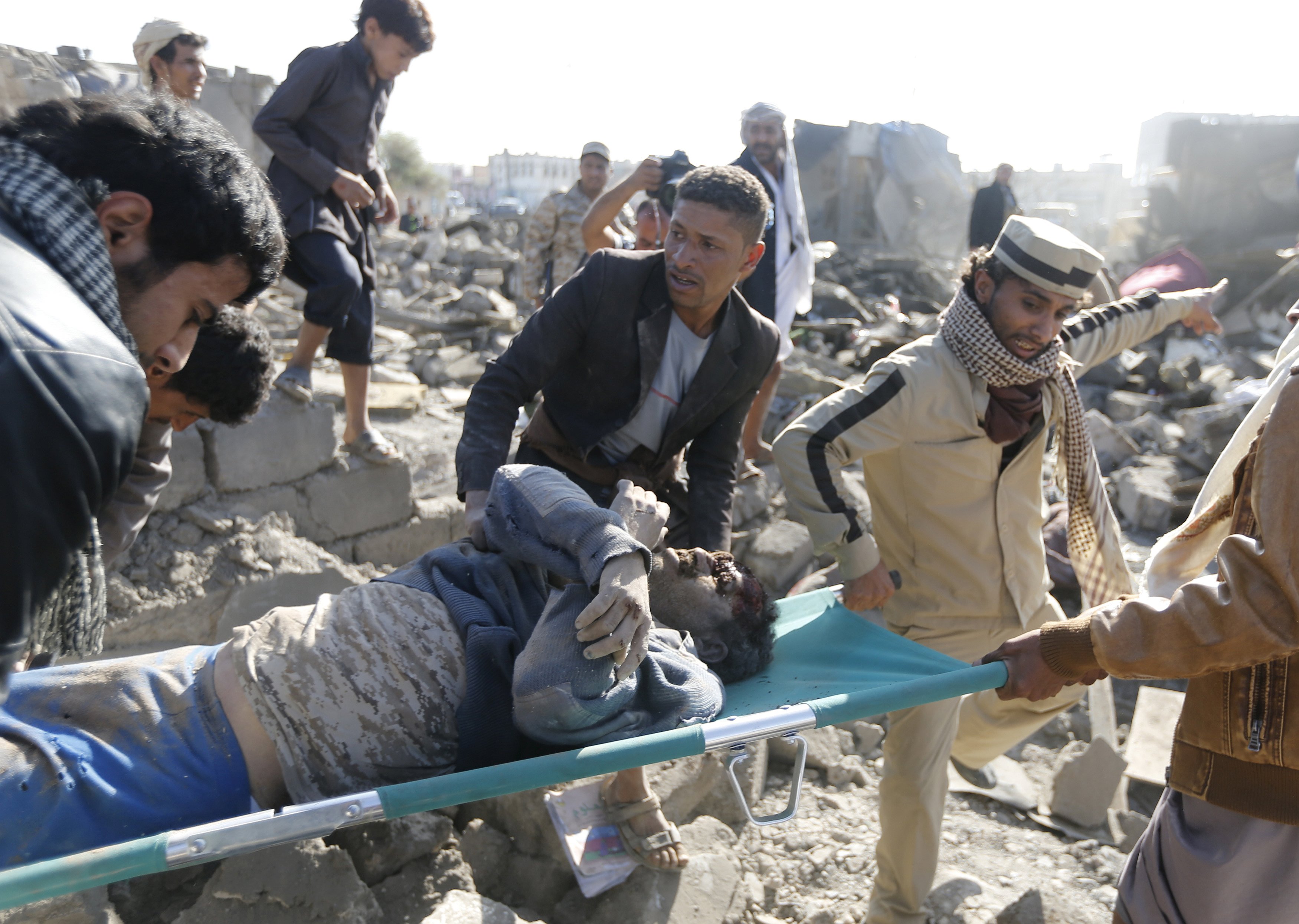 SANAA, Yemen -- Iran's foreign ministry called Saudi-led airstrikes against Shiite Muslim rebels in Yemen a "dangerous step" Thursday, and said they would only worsen the crisis in the country.

The statement from Tehran came after Saudi Arabia launched airstrikes, along with Jordan and possibly other predominantly-Sunni states, targeting military installations in Yemen held by the Houthi rebels who are storming south in a bid to secure their hold on the country.

Iran's Foreign Minister Mohammad Jawad Zarif called for an immediate stop to the airstrikes, according to the Al Jazeera television network.

Iran, the world's Shiite Muslim powerhouse, is seen as backing the Houthis, who are also allied with former Yemeni strongman Ali Abdullah Saleh.

Tension between Tehran and Sunni Muslim states, including Saudi Arabia, has flared amid the ongoing wars in Iraq and Syria.

In addition to the Houthis, Iran provides support -- and in some cases, direct military aid -- to Shiite militias fighting against ISIS and other Sunni extremist groups in both of those countries and others in the region.

The two main sects of Islam split hundreds of years ago, but animosity between them still fuels much of the violence threatening to ignite the Middle East in a large-scale sectarian war today.

Some of the airstrikes hit positions in Yemen's capital, Sanaa.

The initial statement from Iran Foreign Ministry spokeswoman Marzieh Afkham did not name Saudi Arabia but called the airstrikes an "invasion."

Pakistan, Jordan, Morocco and Sudan were also taking part in the operation in Yemen, the Saudi Press Agency reported Thursday. According to the Saudi official who announced the action Wednesday, there was a coalition of "over 10 countries" taking part.

The White House said in a statement late Wednesday that the U.S. was coordinating military and intelligence support with the Saudis but not taking part directly in the strikes.

Yemen is on the brink of violent collapse. On Wednesday, President Abed Rabbo Mansour Hadi, a close U.S. ally, fled the country by sea after the rebels started taking over the southern port city of Aden where he had sought refuge.

They also briefly seized the airport in Aden, but were later fought off at that site by forces loyal to Hadi.

The collapse of the government already spelled bad news for the U.S., which benefited from the fact that Hadi allowed the American military to conduct drone strikes there against al Qaeda in the Arabian Peninsula (AQAP). With Hadi gone, the last vestiges of his power also vanish and leave an uncertain future for U.S. security.

"We have a critical counterterrorism need in Yemen," said CBS News senior national security analyst Juan Zarate. "Al Qaeda's branch in the Arabian peninsula, the al Qaeda brand in Yemen, is still deemed by American counterterrorism officials as being the most lethal, most active in terms of going after the West."

In addition to the top al Qaeda bomb maker, al Qaeda in the Arabian Peninsula (AQAP) has dedicated senior-level operatives running their western-oriented operations, and the group controls more and more territory because of the chaos in Yemen.

"That's a problem because you have a safe haven with a group committed to hitting the United States that now may fall under less pressure rather than more, and without a U.S. presence on the ground working with Yemeni counterparts you have less pressure," Zarate said.