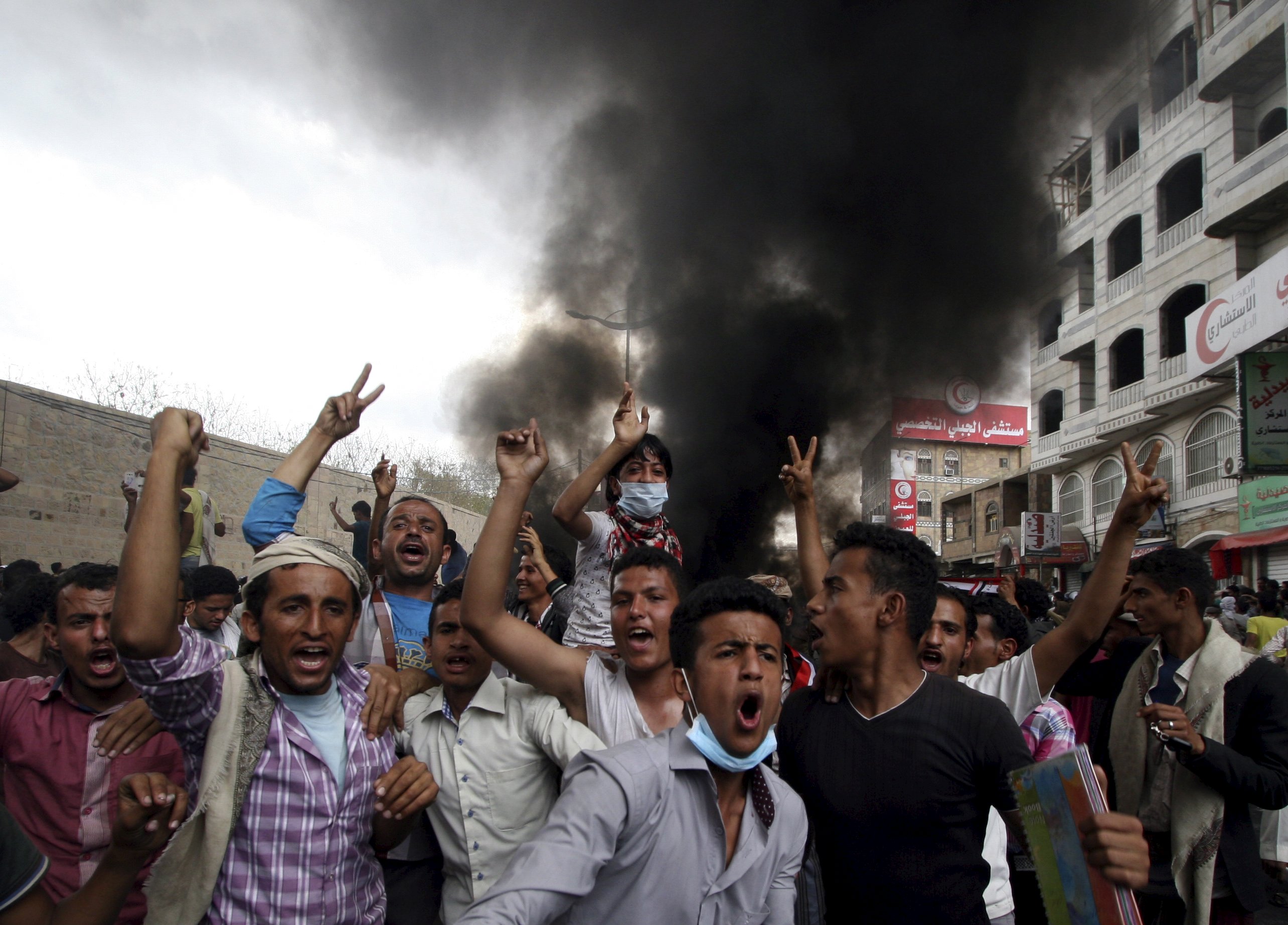 SANAA, Yemen -- A purported affiliate of the Islamic State of Iraq and Syria (ISIS) has claimed responsibility for the mass killing of 29 soldiers last week in a southern city taken over by the country's local al Qaeda branch.

They made the claim Monday on a Twitter account known to be associated with the militants, who previously claimed responsibility for suicide bombings Friday in Yemen's capital, Sanaa, that killed 137 people. U.S. officials have been skeptical about whether the militants have direct links to ISIS.

Al Qaeda in Arabian Peninsula (AQAP) took over the city of al-Houta on Friday before being pushed out by Yemeni forces. Al Qaeda militants had not claimed the soldiers' killing in al-Houta.

ISIS also claimed its branch in Yemen's Lahj province, an AQAP stronghold just north of the port city of Aden and very near to al-Houta, had assassinated two Yemeni officers. ISIS' al-Bayan radio described Lahj as one of the group's "states" in Yemen. The two officers were killed near the beginning of March by motorcycle-riding gunmen, and AQAP never claimed responsibility for the attacks.

The chaos comes as the country's embattled president faces a Shiite rebel insurrection, and has undermined Yemen's ability to combat AQAP, the target of a U.S. drone program.

U.S. troops evacuated a southern air base crucial to the drone program over the weekend amid the escalating violence.

All these factors could push the Arab world's most impoverished country, united only in the 1990s, back toward civil war.

The leader of Yemen's Shiite Houthi rebels escalated his attack Sunday against U.S.-backed President Abed-Rabbo Mansour Hadi, vowing to send fighters to the south where Hadi has taken refuge.

Hadi has taken refuge in Aden since being ousted and placed for a time under house arrest by the Houthis, who are backed by supporters of former President Ali Abdullah Saleh.

The U.N.'s special envoy for Yemen, Jamal Benomar, warned an emergency meeting of the U.N. Security Council on Sunday that events were pushing the country "to the edge of civil war."

Benomar, appearing in a video briefing from Qatar, said "it would be an illusion" to think the rebel Houthis could take control of the entire country, and he urged all parties to resolve the conflict peacefully.

After hearing from Benomar, the Security Council approved a strong, but unenforceable presidential statement which supports Yemen's embattled president, pleads with all factions to negotiate, and warns terrorists involved in recent bombings that they will be brought to justice, reports CBS News' Pamela Falk.

The Houthi rebel militia seized Yemen's third-largest city of Taiz over the weekend, an important station in its advance southward. They now control at least nine of the country's 21 provinces.