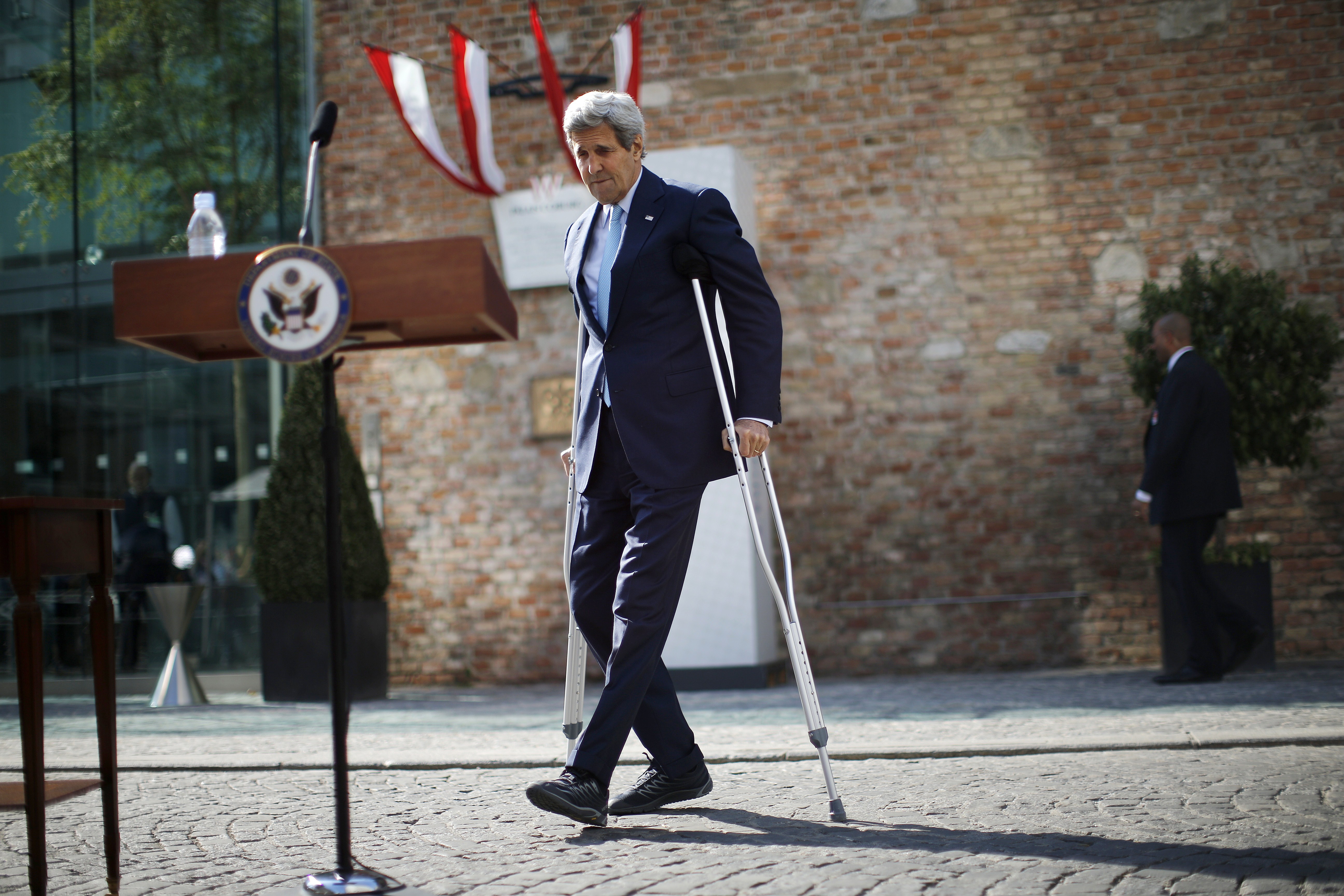 VIENNA -- With the second self-imposed deadline for negotiators to hammer out a final nuclear agreement with Iran looming just hours away, officials made it clear Tuesday that they were going to need more time.

Secretary of State John Kerry was making a final push in Vienna to try and block the Islamic Republic's path to a potential atomic weapon.

CBS News correspondent Margaret Brennan reports negotiations in the Austrian capital went through the night and into Tuesday morning as the U.S. and other world powers faced off against Iran -- but the parties remained at odds over issues that have tripped them up since the talks began.

With time running out, Kerry brought the world powers together for the first time in three months. Their central goal remains elusive: convincing Iran to give international inspectors broad access to suspect nuclear sites, including those on military installations.

A top European official said Tuesday that the talks would continue after Tuesday night, but insisted that would not mean the deadline had been missed.

"We are continuing to negotiate for the next couple of days.This does not mean we are extending our deadline," European Union foreign policy chief Federica Mogherini said.

"We are interpreting in a flexible way our deadline, which means that we are taking the time, the days we still need to finalize the agreement, which is something that is still possible even if now we are getting into the difficult time," Mogherini added.

Brennan reports Kerry is to remain in Vienna until Friday, but that he and his team were still very much hoping to get a deal signed for Congress to review in Washington by Thursday.

In exchange for oversight and parred-back enrichment activities, Iran wants a battery of punishing economic sanctions levied during the last decade by the international community lifted.

"Access is really important," explains Laura Rockwood, who wrote the access rules for inspectors during her time at the International Atomic Energy Agency (IAEA), the United Nations' nuclear watchdog.

If access to those key sites is limited, it would make it difficult to prove whether Iran is complying with any final deal the diplomats do reach.

Inside the IAEA in Vienna, new technology is being designed to make cheating on an inspection regime harder than ever: encrypted, real-time cameras are immune to hacking, 3-D laser sensors that register movement of equipment, and highly sensitive radiation detectors are all in the works.

U.S. officials also want to monitor what isn't visible, by questioning Iran's nuclear scientists about how much they know. But Iran is reluctant to make those individuals available because at least five top scientists have been mysteriously killed after their identities were revealed.

"Even in a country like Iran, scientists have human rights, so you can't torture them to speak if they don't want to speak."

Kerry wants to get a deal to Congress this week. He fears stretching out this controversial diplomacy will give critics in the U.S. more time to skewer it.

If Iran refuses to bend on the issues most important to the U.S., including the military site inspections, Kerry has said he's "prepared to walk away" from the talks.