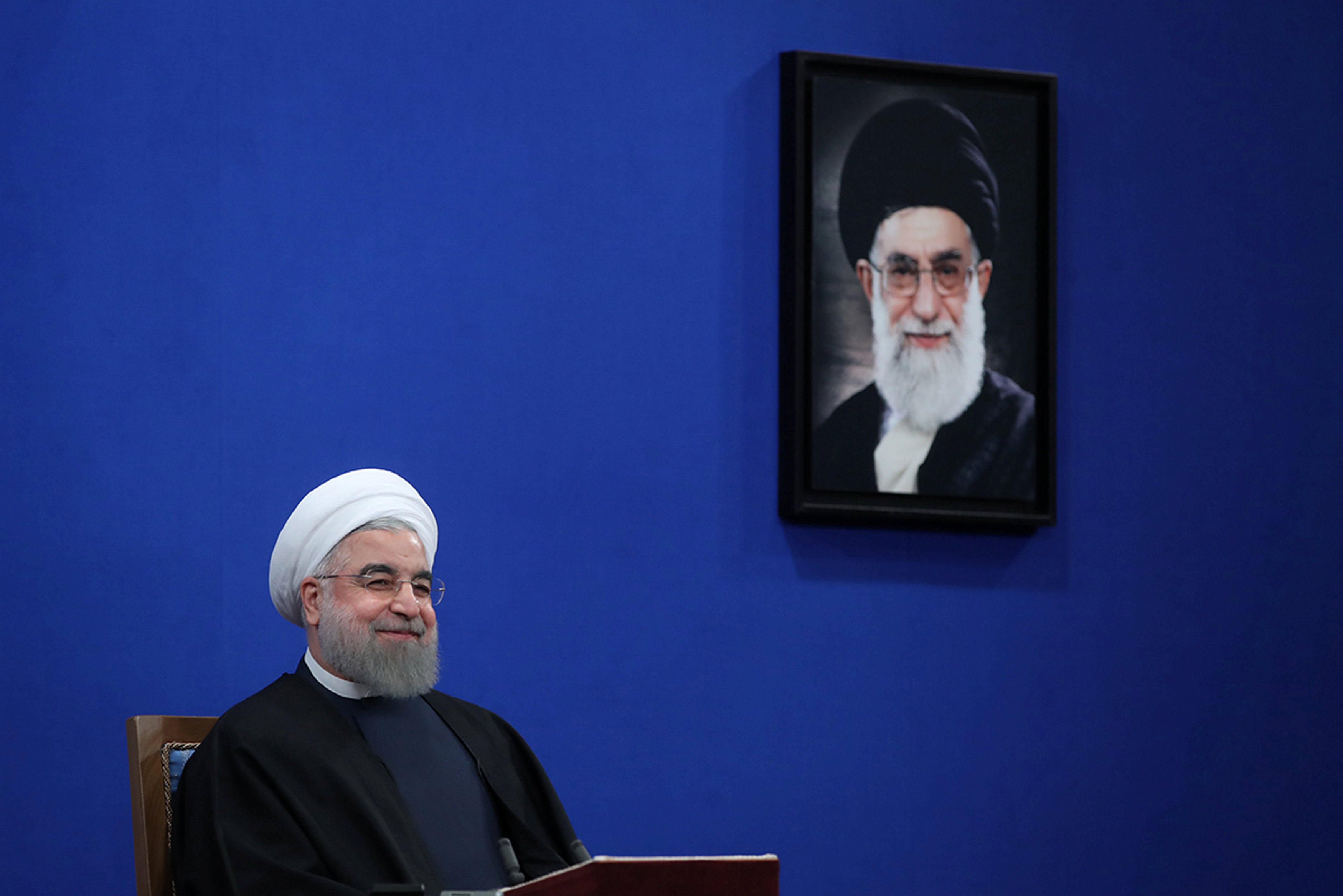 TEHRAN, Iran - Iran’s president has compared talk of renegotiating its nuclear accord to “converting a shirt back to cotton,” and says U.S. President-elect Donald Trump’s talk of doing so is “mainly slogans.”

Mr. Trump has strongly criticized the deal struck with world powers, in which Iran agreed to curb its uranium enrichment in exchange for sanctions relief, but has not offered exact plans as to what to do about the agreement negotiated with seven nations.

He added that “Mr. Trump has so far made many remarks on the deal. These are mainly slogans. I do not see it likely that something happens in practice.”

The agreement also included Russia, China, Britain, France and Germany. None has expressed interest in scrapping the agreement or restoring sanctions.

As a candidate, Mr. Trump issued a variety of statements about last year’s pact. He said Iran “suckered us.” He called it “stupid,” a “lopsided disgrace” and the “worst deal ever negotiated,” railing against its time-limited restrictions on Iran’s enrichment of uranium and other nuclear activity, and exaggerating the scale of U.S. concessions.

Mr. Trump said that he doesn’t want to simply tear up the agreement. Instead, he spoke of reopening the diplomacy and declared that unlike President Obama’s diplomats, he would have been prepared to walk away from talks.

Mr. Trump’s exact plans are vague, however, and a renegotiation would be difficult. Iran has little incentive to open talks over a deal it is satisfied with. And none of the other countries in the seven-nation accord has expressed interest in picking apart an understanding that took more than a decade of stop-and-go diplomacy and almost two full years of negotiation to complete.

As Iran’s supreme leader, Ayatollah Ali Khamenei, has said: If the U.S. tears up the agreement, “we will light it on fire.”

The deal, which went into effect January 2016, forced Iran to pull back from the brink of nuclear weapons capacity in exchange for an end to many of the U.S. and European sanctions that devastated Iran’s economy. It has been largely respected despite undiminished U.S.-Iranian tensions throughout the Middle East, including their support for rival sides in Syria and Yemen’s civil wars.

Each side has leverage: Iran doesn’t want a new onslaught of U.S.-led economic pressure and America would be alarmed by any Iranian escalation of its nuclear program. But the accord rests on fragile ground, with powerful constituencies in Washington and Tehran vehemently opposed and looking for any excuse to break it apart.