Apple has made it harder than ever to chose an iPhone. This year the company launched the iPhone 8 and 8 Plus and added a new super-premium iPhone X to its lineup. So, what are the differences between the three phones and which one should you buy? Here are the seven most important factors you should consider before you decide.

iPhones have never been cheap, but this time you could end up spending almost $1,500 on one. The iPhone 8 starts at $688, the Plus at $799, and the cheapest X will set you back $999. That's before tax, Apple Care and extra storage. So if you're on a tight budget you may as well rule out the X from the get go. Or consider the Apple Upgrade Program which lets you pay off your phone over a 24-month period and upgrade to the latest model once you've made half of those payments.

But if the price is not your main concern, the next thing you should think about is size. The iPhone 8 Plus gives you a bigger 5.5-inch screen, but it's significantly bulkier. The 4.7-inch screen on the 8 is more comfortable to maneuver with one hand, but you sacrifice almost an inch of screen real estate. The iPhone X lands right in between the two in terms of size and weight, but with a larger 5.8-inch screen than even the iPhone Plus thanks to that nearly bezel-less design.

All three new iPhones have Apple's True Tone technology which adjusts the warmth of the screen to the ambient lighting, but the 8 and 8 plus have HD retina displays like their predecessors and the X has a Super Retina display with more pixels per inch. It's also the first iPhone that uses OLED and HDR technology for its display which produces deeper blacks, richer colors and more life-like images. The downside is that you'll have to put up with the black notch and rounded edges when watching videos.

What you won't find on the X is a home button. Apple removed the home button on its 10th anniversary phone which means you'll have to learn a new way of controlling your phone based on gestures. So if you're particularly attached to the physical home button, you may want to go with the 8 or 8 plus.

The fingerprint scanner on the iPhone X has disappeared right alongside the home button. It uses FaceID to unlock the phone and authenticate payments, which according to Apple, is even more secure than TouchID. And while it may be safer, it doesn't seem to be quite as convenient as placing your finger on the phone which has become second nature to iOS users by now. The 8 and the 8 Plus kept the fingerprint scanner on the home button.

If the camera is most important to you, then go for the 8 Plus or the X. Both phones have a second telephoto lens for better zoom and DSLR-like portraits. Plus Apple added "Portrait lighting" to Portrait Mode, which mimics any kind of studio lighting to make portrait shots that much better. The X does have a slightly faster aperture and optical image stabilization on both lenses. And if you're a selfie lover, it also does Portrait mode on the front camera.

All three phones come equipped with Apple's AR kit for immersive game play and looking at the stars. But the front TrueDepth camera on the X takes it a step further with a special setup for face mapping that can transform you into your favorite Snapchat filter or an Animoji version of yourself.

If your current Phone is on its last leg and you can't wait another day, then you can eliminate the X from your wish list right away. Apple's 10th anniversary iPhone wont be available until November, and that's if it's not on backorder. You can preorder the other two phones on Sept. 15 and have them in your hands by Sept. 22. 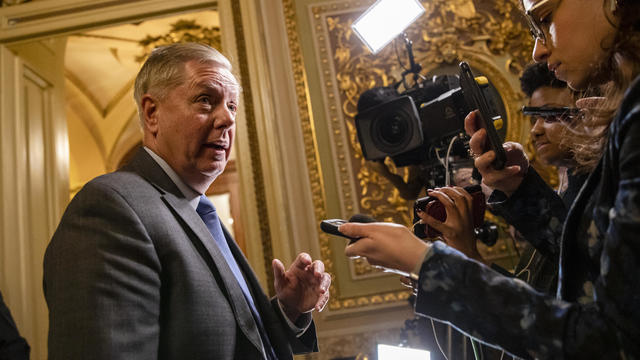 The GOP senator backed a proposal for senators to see John Bolton's manuscript behind closed doors. 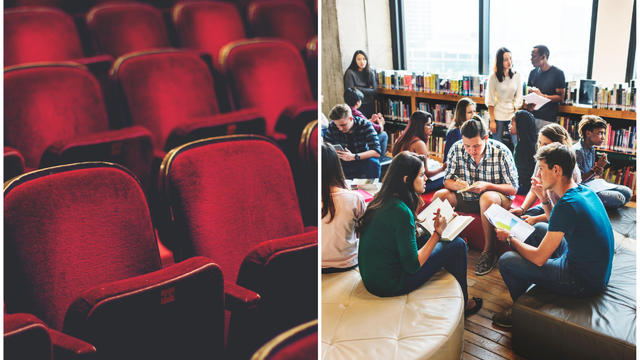 More people went to libraries than movies in 2019

The GOP senator backed a proposal for senators to see John Bolton's manuscript behind closed doors.