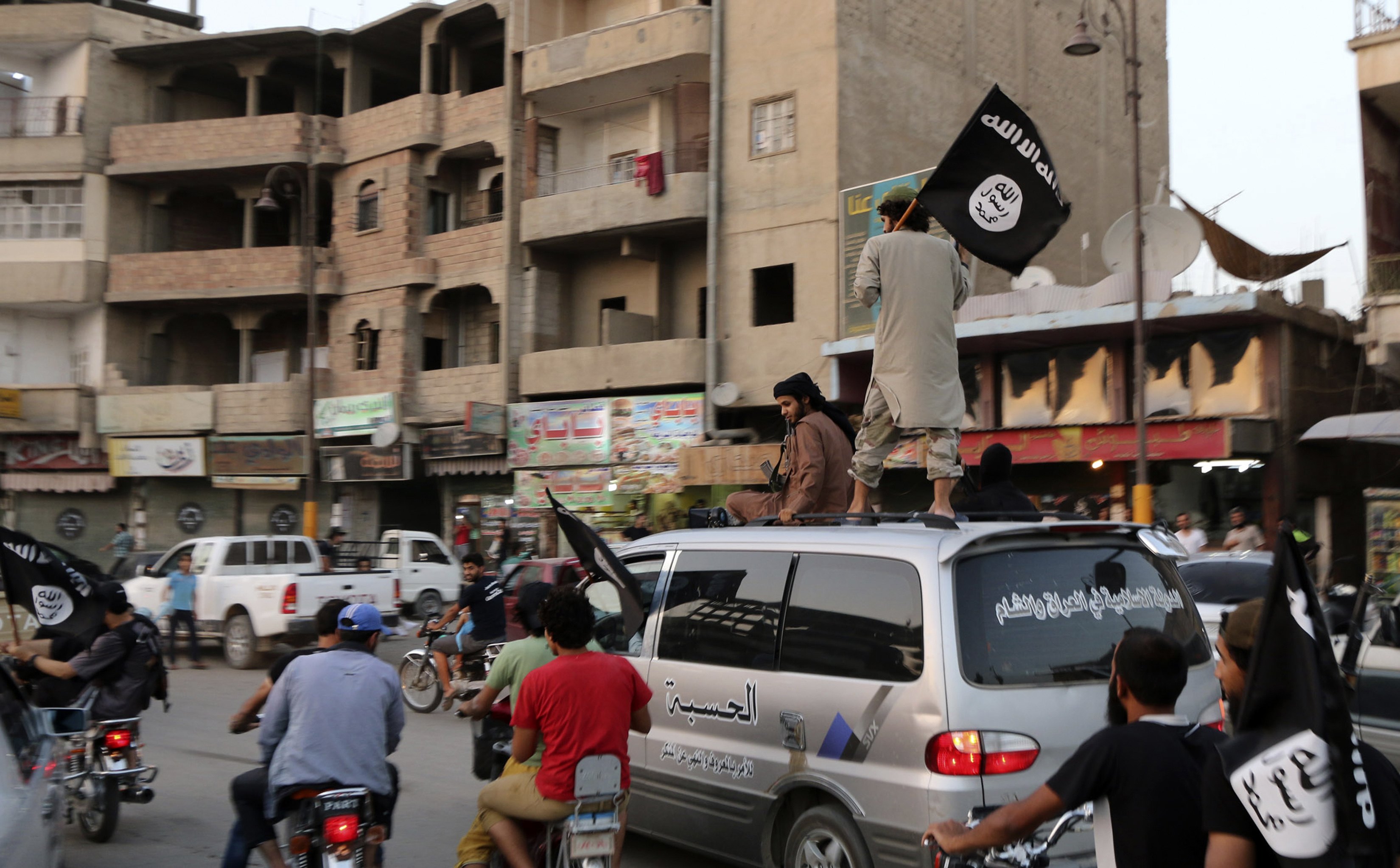 BAGHDAD -- The al Qaeda breakaway group that has seized much of Syria and Iraq has formally declared the establishment of a new Islamic state, demanding allegiance from Muslims worldwide in a move that could further strain relations with other militant groups.

With brutal efficiency, the Sunni extremist group has carved out a large chunk of territory that has effectively erased the border between Iraq and Syria and laid the foundations of its proto-state. But Sunday's declaration, made on the first day of the Muslim holy month of Ramadan, could trigger a wave of infighting among the Sunni militant factions that formed a loose alliance in the blitz across Iraq.

The spokesman for the the Islamic State of Iraq and Syria (ISIS), declared the group's chief, Abu Bakr al-Baghdadi, as the leader of the new caliphate, or Islamic state, and called on Muslims everywhere, not just those in areas under the organization's control, to swear loyalty to him.

"The legality of all emirates, groups, states and organizations becomes null by the expansion of the caliph's authority and the arrival of its troops to their areas," said the spokesman, Abu Mohammed al-Adnani, in an audio statement posted online. "Listen to your caliph and obey him. Support your state, which grows every day."

Al-Adnani loosely defined the Islamic state's territory as running from northern Syria to the Iraqi province of Diyala northeast of Baghdad - a vast stretch of land straddling the border that is already largely under the Islamic State's control. He also said that with the establishment of the caliphate, the group was changing its name to just the Islamic State, dropping the mention of Iraq and Syria.

Muslim extremists have long dreamed of recreating the Islamic state, or caliphate, that ruled over the Middle East, much of North Africa and beyond in various forms over the course of Islam's 1,400-year history.

Former CIA Director Michael Morell told "CBS This Morning" earlier this month that ISIS' first goal has been "to set up that caliphate and, it's not just in Iraq and in Syria."

Despite that prospect, the creation of a safe haven isn't the only concern for U.S. intelligence officials, Morell said. They also have concerns about ISIS sparking a very bloody sectarian war that could create a massive humanitarian crisis and even more chaos in the region along Shia and Sunni sectarian lines.

Experts predicted the caliphate declaration could herald infighting among the Sunni militants who have joined forces with the Islamic State in its fight against the Shiite-led government.

"Now the insurgents in Iraq have no excuse for working with ISIS also known as the Islamic State of Iraq and the Levant, or ISIL) if they were hoping to share power with ISIS," said Aymenn al-Tamimi, an analyst who specializes in Islamic militants in Iraq and Syria. "The prospect of infighting in Iraq is increased for sure."

The greatest impact, however, could be on the broader international jihadist movement, in particular on the future of al Qaeda.

Founded by Osama bin Laden, the group that carried out the Sept. 11 attacks on the U.S. has long carried the mantle of the international jihadi cause. But the Islamic State has managed to do in Syria and Iraq what al Qaeda never has - carve out a large swath of territory in the heart of the Arab world and control it.

"This announcement poses a huge threat to al Qaeda and its long-time position of leadership of the international jihadist cause," said Charles Lister, a visiting fellow at the Brookings Doha Center, in emailed comments. "Taken globally, the younger generation of the jihadist community is becoming more and more supportive of (the Islamic State), largely out of fealty to its slick and proven capacity for attaining rapid results through brutality."

Al-Baghdadi, an ambitious Iraqi militant who has a $10 million U.S. bounty on his head, took the reins of the Islamic State in 2010 when it was still an al-Qaeda affiliate based in Iraq.

But al-Baghdadi's stature has only grown since then, as the Islamic State's fighters have strengthened their grip on much of Syria, and now overrun large swathes of Iraq.

In Washington, the Obama administration called on the international community to unite in the face of the threat posed by the Sunni extremists.

"ISIL's strategy to develop a caliphate across the region has been clear for some time now. That is why this is a critical moment for the international community to stand together against ISIL and the advances it has made," State Department spokeswoman Jen Psaki said.

The Islamic State's declaration comes as the Iraqi government tries to wrest back some of the territory it has lost to the jihadi group and its allies in recent weeks.

But the offensive against ISIS in Tikrit stalled over the weekend, reports CBS News correspondent Charlie D'Agata.

While the situation was fluid, the military's largest-yet push was pushed back and was the latest in a series of failures against the militants, D'Agata reports.

There were clashes in the northern neighborhood of Qadissiyah, two residents reached by telephone by The Associasted Press said.

Muhanad Saif al-Din, who lives in the city center, said he could see smoke rising from Qadissiyah, which borders the University of Tikrit, where troops brought by helicopter established a bridgehead two days ago. He said many of the militants had deployed to the city's outskirts, apparently to blunt the Iraqi military attack.

Jawad al-Bolani, a security official in the provincial operation command, told The Associated Press the U.S. was sharing intelligence with Iraq and has played an "essential" role in the Tikrit offensive.

Washington has sent 180 of 300 American troops President Obama has promised to help Iraqi forces. The U.S. is also flying manned and unmanned aircraft on reconnaissance missions over Iraq.