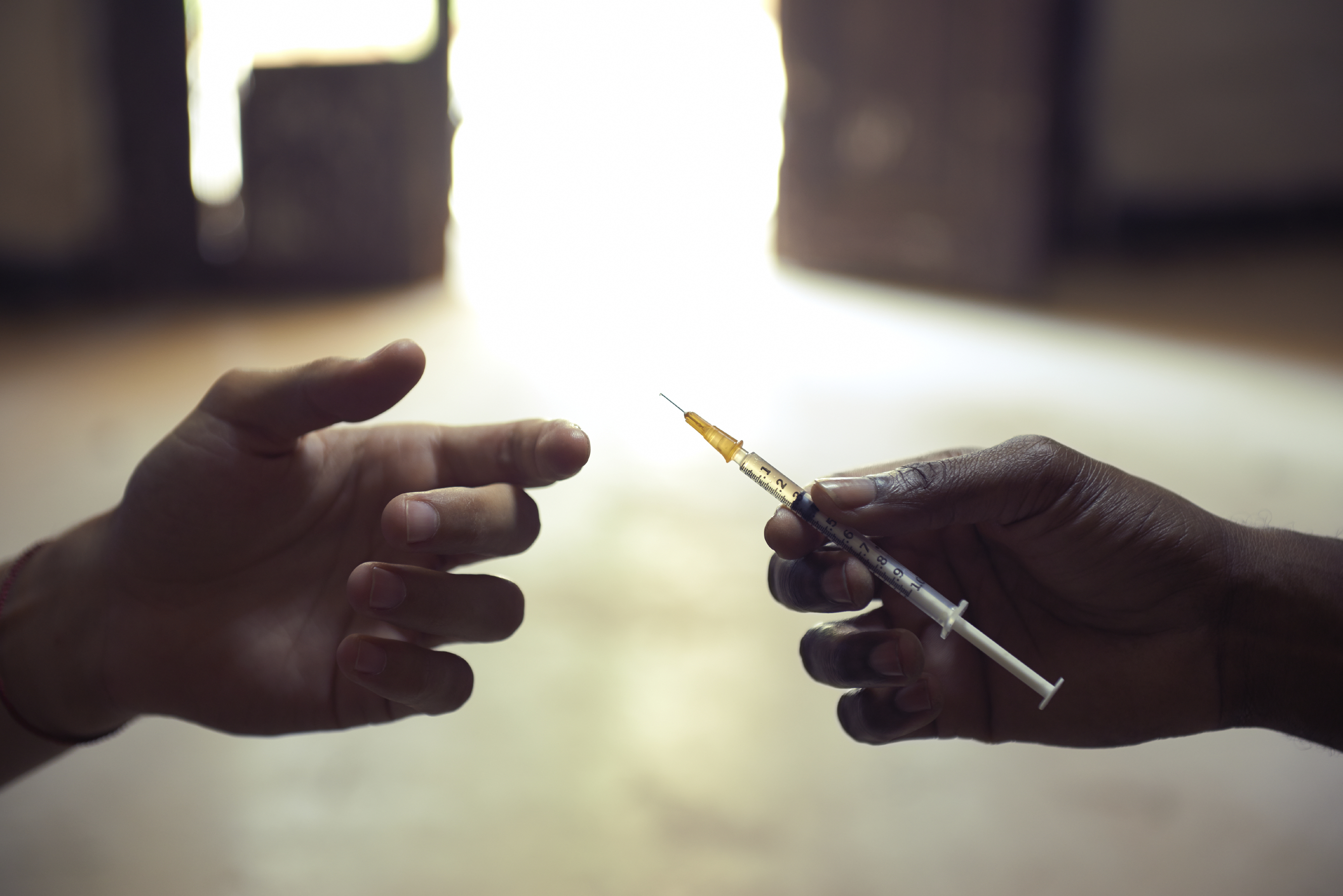 AUSTIN, Ind. -- Health officials in Indiana have begun a needle-exchange program in a county where an HIV outbreak among intravenous drug users has grown to nearly 90 cases.

Scott County's needle-exchange program was created through an emergency executive order signed by Republican Gov. Mike Pence in an attempt to curb the state's largest-ever HIV outbreak. Pence's 30-day order temporarily suspended Indiana's ban on such programs, but only for the southeastern Indiana county that's about 30 miles north of Louisville, Kentucky.

"While (Pence) has been clear that he does not support needle exchange as anti-drug policy on an ongoing basis, he's been equally clear about his concern over this outbreak, and has taken a critical step to end this outbreak by allowing this needle exchange to occur," said State Health Commissioner Jerome Adams, the News and Tribune reported.

The program, which began Saturday, is open only to Scott County residents through the Community Outreach Center in the city of Austin, the epicenter of the epidemic. That region now has 84 confirmed HIV cases and five preliminary positive cases.

Each participant will initially receive enough needles for one week as a way to deal with the needle-sharing that's caused the epidemic. The center will also offer free HIV screening, drug treatment referrals and hepatitis A and B vaccinations.

"If we don't pay close attention to what's going on here, we're going to be doomed to repeat it throughout all of Indiana, and our country," Adams said.

The executive order permitting the needle exchange program could be extended if needed.