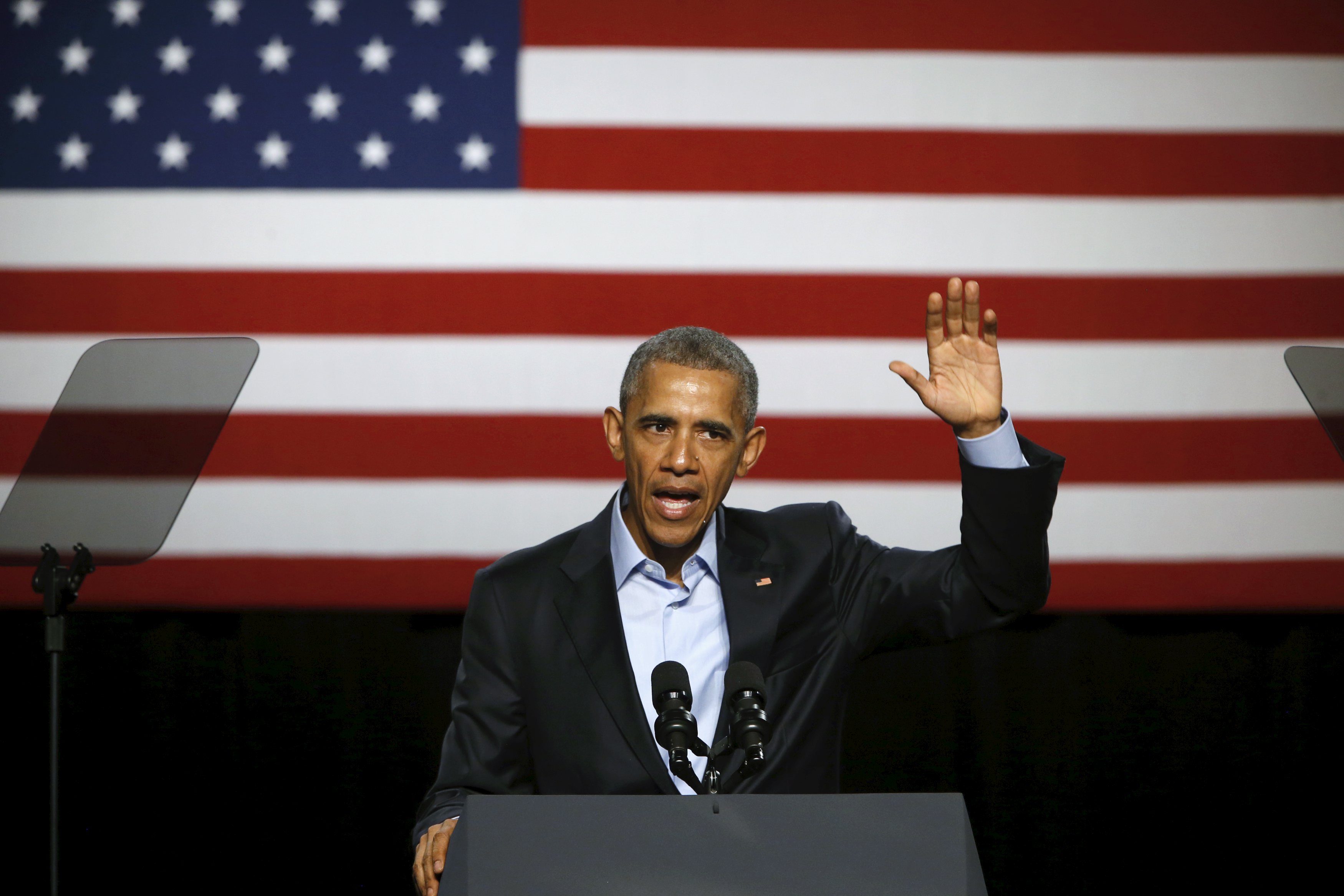 President Obama gave a somber denouncement of the 2016 presidential race's escalating chaos Saturday, just as the aftershocks of violent clashes between Donald Trump supporters and protesters in Chicago were felt across the country.

"Our leaders -- those who aspire to be our leaders -- should be trying to bring us together and not turning us against one another and speak out against violence and reject efforts to spread fear or turn us against one another," the president told supporters at a fundraiser in Dallas. "And if they refuse to do that, they don't deserve our support."

Rather, Mr. Obama said, "the best leaders -- the leaders who are worthy of our votes -- remind us that even in a country as big and diverse and inclusive as ours, what we've got in common is far more important than what divides any of us."

While the president did not name any Republican candidates in particular, his speech seemed to take aim at the current GOP front-runner, whose recent campaign events have seen an uptick in aggression between supporters and anti-Trump activists.

"This is not about political correctness," Mr. Obama said, riffing off Trump's oft-repeated complaint that Americans have become too concerned with the PC police. "It's about not having to explain to our kids why our politics sounds like a schoolyard fight. We shouldn't be afraid to take them to rallies or let them watch debates. They watch the way we conduct ourselves. They learn from us. And we should be teaching them something about this democracy as a vibrant and precious thing."

"We should be teaching them how to disagree without being disagreeable and how to engage and how to analyze facts," Mr. Obama went on, to wild applause. "And how to be honest and truthful. And admit if you make a mistake. And teach them that politics at its best is about a battle of ideas and resolving our differences without encouraging or resorting to violence."

The president's appeal strikes a distinct contradiction to the typical pattern of events at Trump rallies, where a nearly routine call-and-response act begins with demonstrators disrupting the candidate's speech and continues with Trump dealing out crass insults. Typically, the ritual ends when security tosses out the activists with no further drama.

But the tenor of these protests -- along with Trump supporters' subsequent reactions -- have worsened in recent weeks.

On Thursday, a rally attendee was arrested after he allegedly punched an activist in the face with no provocation, just as police were escorting the man from the building.

And at a planned Friday rally in Chicago, tensions reached a critical mass.

Shouting matches and bloody fistfights broke out both inside and outside of the University of Illinois at Chicago arena. Earlier in the evening, Trump canceled his appearance due to safety concerns.

Mr. Obama was not the only Democrat to condemn the increasingly hostile tone of Trump's campaign.

At a town hall event in Cleveland, Ohio, Saturday, Hillary Clinton urged her supporters to deny hatred at every turn.

"The ugly, divisive rhetoric from Donald Trump and the encouragement of violence and aggression is not only wrong, but dangerous," Clinton said. "If you play with matches you can start a fire you can't control. That is not leadership, that is political arson and the test - the test of leadership and citizenship is the exact opposite."

"If you see bigotry, oppose it. If you see violence, condemn it, if you see a bully, stand up to him," she added.

Vermont Sen. Bernie Sanders, addressing Trump's charge that Sanders supporters were behind Friday's violence, said, "I don't think our supporters are inciting -- what our supporters are doing is responding to a candidate who has in fact in many ways, encouraged violence."

"The issue now is Donald Trump has to be loud and clear and tell his supporters that violence at rallies is not what America is about and to end it," Sanders said in Chicago.

And it's become a bipartisan effort.

Rubio, particularly, seemed affected by the developments in Trump's campaign and appeared to waver on his promise to back the eventual GOP nominee if Trump won the primary race.

"We are being ripped apart at the seams now, and it's disturbing and I am sad - I am sad for this country," Rubio told reporters in Largo, Florida. "This country is supposed to be an example to the world."