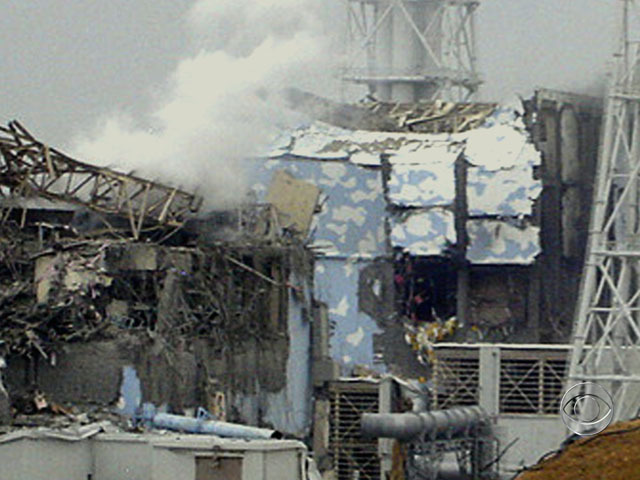 It turned out that the disaster at Japan's Fukushima Dai-ichi power plant was much worse than was first thought. After last spring's tsunami, one reactor suffered a meltdown. CBS News correspondent Lucy Craft details how close it came to burning into the earth.

Recently, reporters got their first look at the devastation left in the wake of the accident, with heavily reinforced buildings torn to shreds after a series of meltdowns and explosions, But as CBS News found out this week, the damage was even worse: Rector 1 almost had a full meltdown.

A new report revealed that molten nuclear fuel burned through the 8-foot concrete walls of the first protective casing surrounding the reactor's core, and then ate 3/4 of the way through the second casing.

The meltdown stopped within a foot of the container's steel bottom, 25 feet above the earth's surface.

Masanori Naitoh is a nuclear engineer who has reviewed the plant's findings. "It was a close call," he said. "The meltdown may have been even worse. But we can say the containment held."

Held, according to the report, because of the huge efforts to dump a continuous flood of seawater on the reactors to cool the nuclear cores. If it had burned through, it would have contaminated the ground water and the soil. No one knows how far it would have spread.

One man who experienced the accident firsthand was Yukio Takayama, a veteran firefighter who was sent to Fukushima six days after the accident.

He said: "It reminded me of a haunted house -- total silence, billowing smoke, eerie. With fires, you can feel the heat or smell the gas. At Fukushima, it was all the more frightening, because the danger was invisible."

So far, he has no signs of radiation poisoning. Nor do any of the other 32 members of his squad. But at the time, they weren't sure they'd come back alive. And they didn't believe the government's assurances.

"The TV was saying, there was no meltdown, no radiation leaks, nothing to worry about," Takayama recalled. "But when you saw the damage, you knew this was no ordinary accident."

The plant's operator says it is on schedule for a "cold shutdown" by the end of this year -- that's when fuel has cooled enough to no longer pose a threat. But it's a long process. Dismantling the reactor and cleaning up the plant could take 30 years.