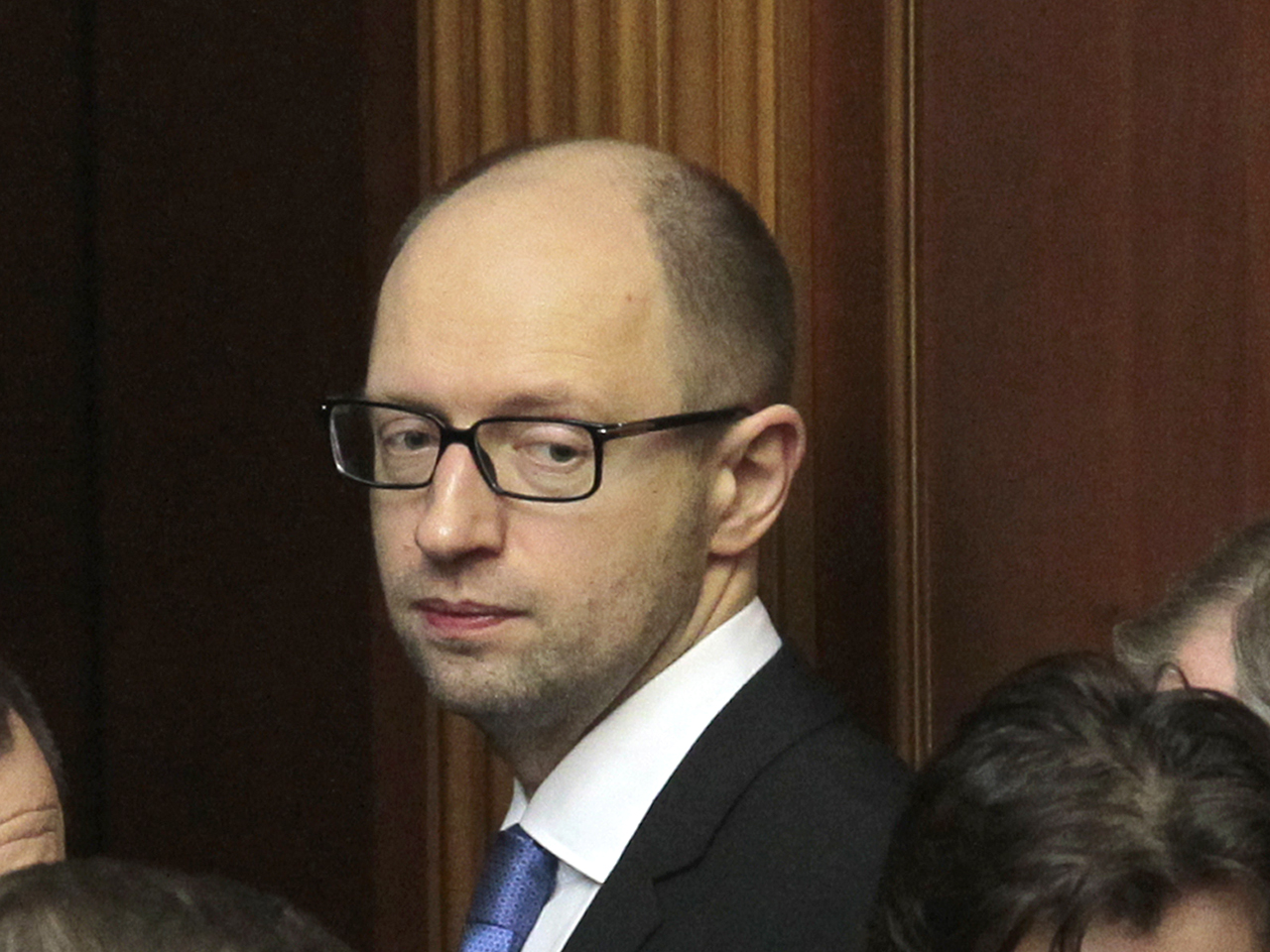 KIEV, Ukraine -- The International Monetary Fund on Thursday pledged $18 billion in loans to prop up Ukraine's sinking economy, as the nation's prime minister forecast more pain ahead without reforms that will affect nearly everyone in the country.

In a lengthy and passionate address to parliament, Arseniy Yatsenyuk warned that Ukraine was "on the brink of the economic and financial bankruptcy" and laid out details for fixes needed to put the country back on track, including raising taxes, a freeze on minimum wage and radically higher energy prices.

The reforms will hit households hard, which is likely to severely dent the interim government's tenuous hold on power.

"We have no choice but to tell Ukraine the truth," Yatsenyuk said.

Ukraine is still battling to restore some semblance of normalcy since President Viktor Yanukovych was ousted in February after months of protests ignited by a decision to back away from closer relations to the EU.

In a statement issued after two weeks of talks with officials in the Ukrainian capital, Kiev, the IMF said loans could range between $14 billion and $18 billion. It said a more exact sum would only be determined, however, when authorities give a more precise assessment of their needs.

Other donors, including the European Union and Japan, have already pledged further assistance to Ukraine, conditional on the conclusion of an IMF bailout and reform package. The total amount of assistance available for Ukraine will be about $27 billion over the next two years.

Separately, the 28-nation EU has prepared a wider aid package including loans and grants for Ukraine expected to total more than $10 billion over the coming years.

Ukraine's Finance Ministry has said it needs $35 billion over the next two years to avoid default.

"Ukraine's macroeconomic imbalances became unsustainable over the past year," the IMF said, warning that the country "faces difficult challenges."

The IMF loan hinges on structural reforms that Ukraine has pledged to undertake. The IMF said measures will need to include maintaining a flexible exchange rate and reforming the energy sector to make it profitable.

Retail gas and heating tariffs have to be raised "to full cost recovery," the fund said.

Income tax rates, meanwhile, would rise from 15-17 percent now to up to 25 percent.

State energy company Naftogaz announced this week that household gas prices would rise 50 percent beginning May 1 in what it said was part of efforts to make utility costs economically viable for the state by 2018. Some analysts have estimated prices might have to double for consumers.

Ukraine officially turned to the IMF for help in February. The country has historically had a fraught relationship with the IMF, however, and failed to keep to the terms of earlier bailouts in 2008 and 2010.