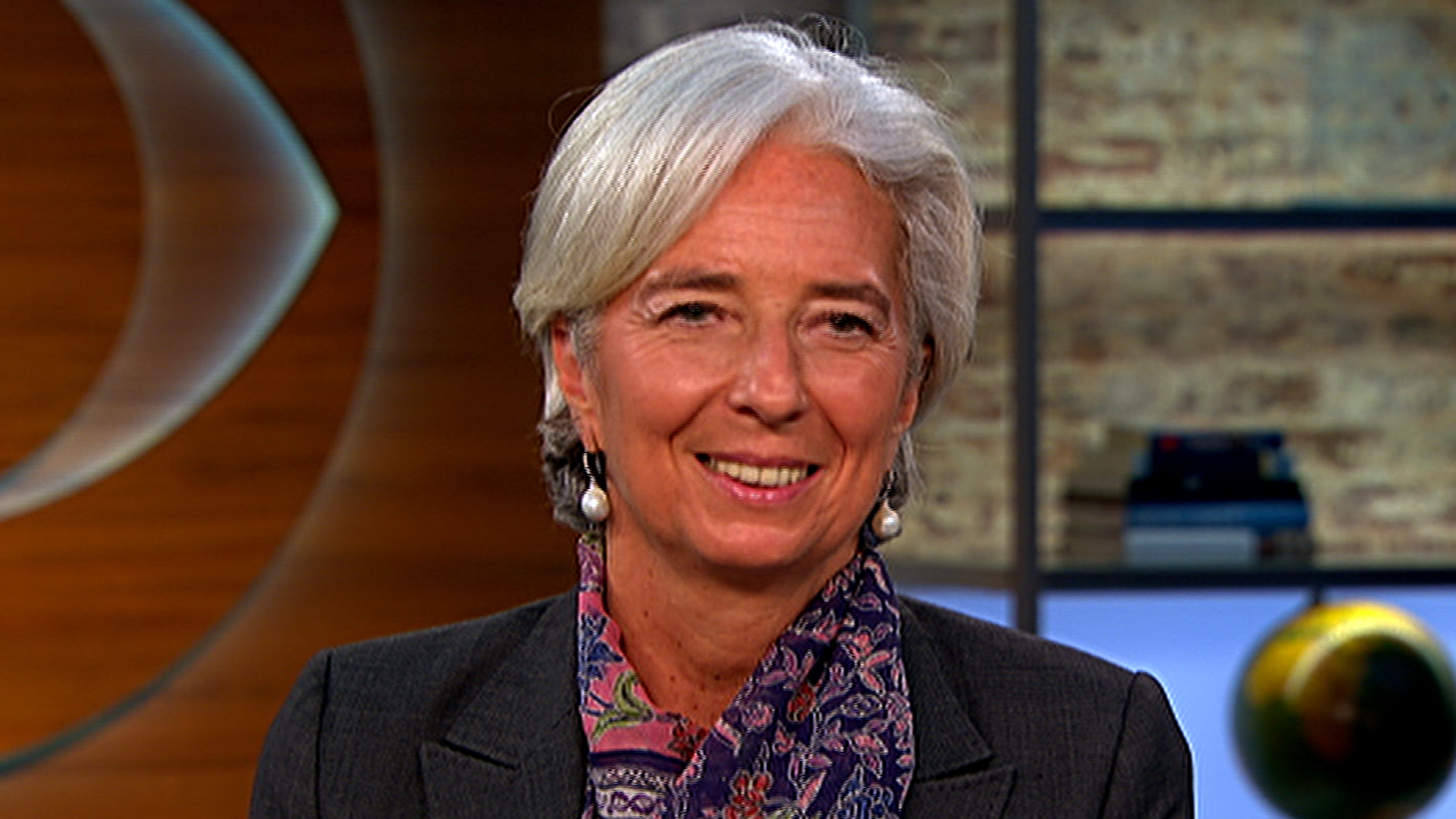 (CBS News) The greatest risk to the Eurozone these days, according to International Monetary Fund managing director Christine Lagarde, is "fatigue."

"The fatigue of both governments and population in the sense that they've done enough, and it's now time to re-up the benefits of the sacrifices that have been made," Lagarde said Wednesday on "CBS This Morning."

"And what we're saying is, 'There's a bit more to do. Please, don't give up now, finish the job, get done with the union. Make sure you have banking union down the road, fiscal union, and that you keep that currency zone together and solid.'"

Asked if that will happen, Lagarde said with a smile, "I wish it (will) happen."

Globally, Lagarde said, countries need cooperation and policy makers to "finish the job." She said, "Quite a lot has been done since the crisis started, but the job is not finished, and my fear is that with, you know, the financial situation being better, securities market on the rise, policy makers tend to relax a little bit, and feel that the momentum should continue, but not necessarily at the fastest pace, which it should."

Lagarde was featured last week on the cover of Time magazine with the headline "Can this woman save Europe?" On "CTM", co-host Charlie Rose asked that question from that magazine cover -- to which Lagarde responded, "I think it will take the Europeans to save themselves."

Watch Lagarde's full "CTM" interview -- in which she talks about female leaders and the term she coined at this year's World Economic Forum -- "the glass cliff" -- in the video above.