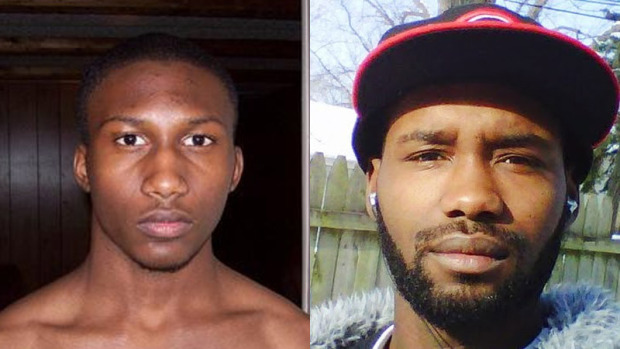 CHICAGO - A former Illinois National Guard soldier has pleaded guilty to charges he conspired to provide material support to the Islamic State of Iraq and Syria (ISIS.)

Hasan Edmonds, 22, of Aurora, Illinois, entered the plea in Chicago federal court Monday, a week after his cousin, Jonas Edmonds, pleaded guilty to similar charges. They are accused of plotting to attack the Joliet Armory with assault rifles and grenades.

Prosecutors alleged that Jonas Edmonds, 29, planned to wear his cousin's military uniform in the attack at the facility where Hasan Edmonds trained. Charges alleged the pair hoped to kill as many as 150 people.

The cousins allegedly told an FBI undercover employee their plan for an armed attack.

ccording to court documents, an undercover FBI agent sent Edmonds a friend request on Facebook in late 2014, and in January, Edmonds and the agent exchanged a series of messages on Facebook, and Hasan allegedly discussed plans to travel overseas with his cousin to fight with ISIS extremists, CBS Chicago reported.

"The State has been established and it is our duty to heed the call," he allegedly wrote. "I look forward to the training. I am already in the american kafir [infidel] army ...and now I wish only to serve in the army of Allah alongside my true brothers."

In another message, he allegedly wrote, either he and his cousin would make it overseas, "or bring the flames of war to the heart od [sic] this land with Allah's permission."

Jonas Edmonds allegedly told the undercover employee that they would use uniforms and information from Hasan Edmonds to access the facility and target officers.

The attack was allegedly planned to be carried out after Edmonds departed for Cairo. The Justice Department didn't provide a specific timeframe for how long after Edmonds' departure the attack would take place.

"Throughout the course of this investigation, the defendants were closely and carefully monitored to ensure the safety of the public and our service men and women." FBI Special Agent Robert Holley said in the statement.

After layovers in Detroit and Amsterdam, Edmonds had planned to arrive in Cairo Thursday and allegedly go on to fight on behalf of ISIS using his military training.