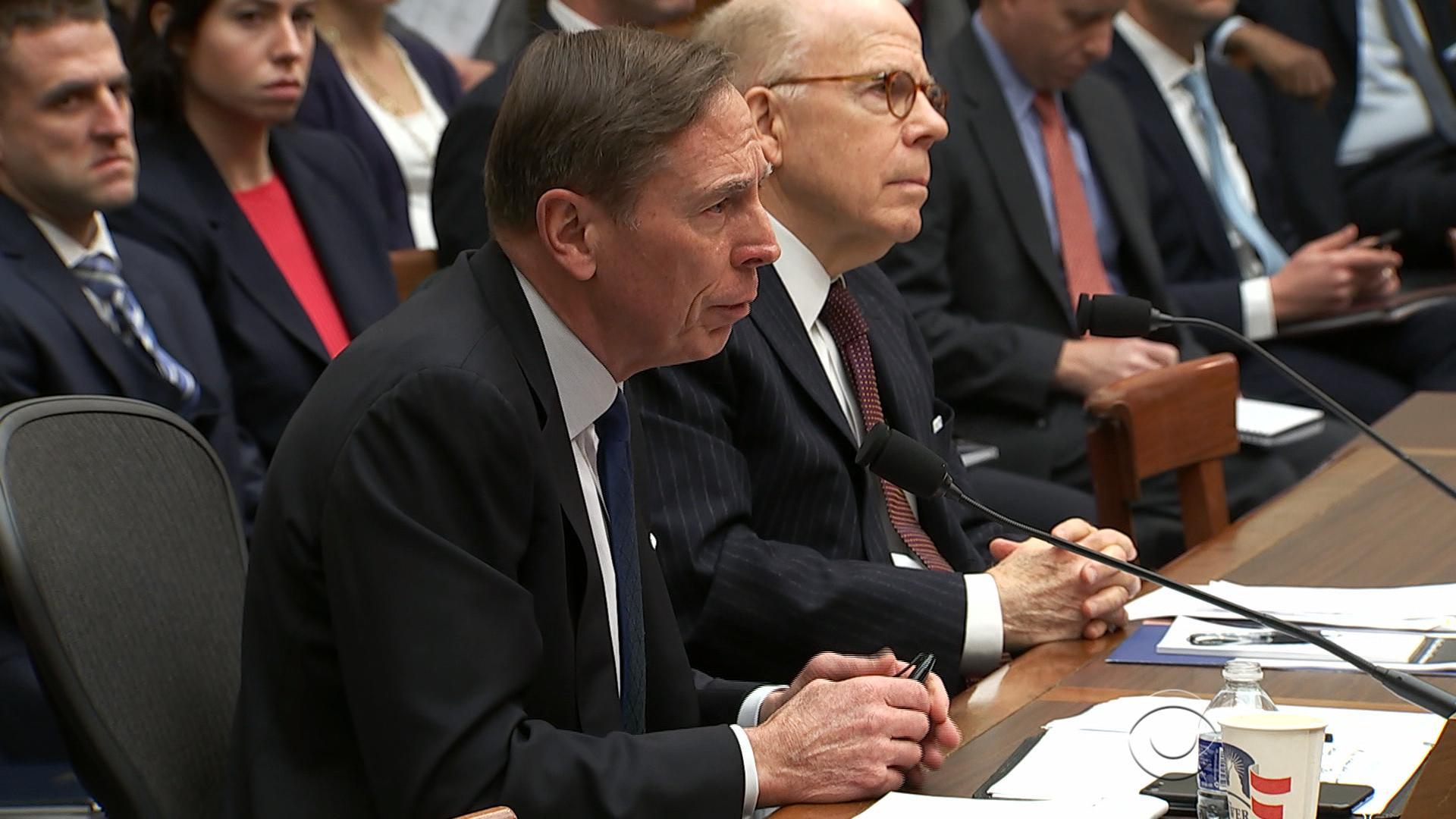 Former CIA Director David Petraeus told Congress on Wednesday that the unprecedented uprising of dissent within the State Department over Mr. Trump’s immigration and refugee order cannot be ignored.

“There could come a point in time where if your advice is not taken over and over and over again then I think you actually have an obligation to your own organization and to the country to say, ‘Perhaps I should let you get someone whose advice you might listen to since mine is not being regarded,’” Petraeus said.

More than 800 career diplomats have signed a dissent cable that Rex Tillerson, confirmed today as secretary of state, will find waiting for him at the State Department. The cable said Mr. Trump’s order will have “little practical effect in improving public safety” because a “vanishingly small number” of immigrants to the U.S. have committed acts of terrorism.

“The net result... will not be a drop in terror attacks in the United States,” it said, “rather it will be a drop in international good will toward Americans.”

The dissent process began during the Vietnam War and allows diplomats to protest government policy without fear of retribution.

White House press secretary Sean Spicer was asked about push back at the State Department on Monday.

“I think that they should either get with the program or they can go,” Spicer said.

Later that day, the president fired acting Attorney General Sally Yates, an Obama-administration holdover, who said she would not defend the immigration executive order.

CBS News asked Spicer: “Is it the president’s point of view that when there is dissent it can be rooted in a philosophical disagreement that’s not necessarily in defiance of his orders and that there can be a dialogue?”

“People have a right to speak their mind but I think there’s a difference between expressing dissent and concern and not implementing a lawful order as the acting attorney general did the other night,” Spicer said.

The White House on Wed. also issued what it called a clarification, saying anyone with a green card is now fully exempt from the executive order’s travel restrictions. When that order was originally unveiled, the White House said the travel ban did apply to green card holders, then said no, they would only face extra scrutiny in the process. This latest change, it bears noting, is a result of both internal and external criticism.