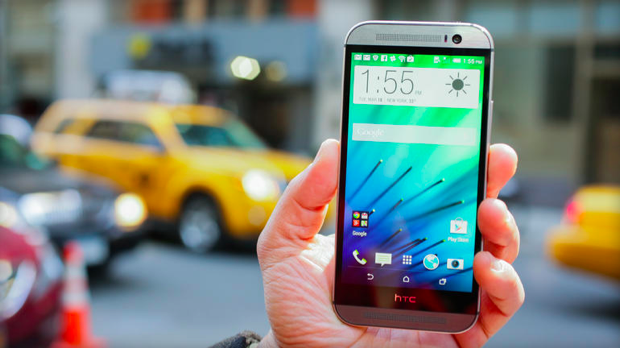 HTC is updating its flagship HTC One smartphone by giving it a larger screen, better software and more camera features.

The original HTC One received good reviews and was named the best smartphone of 2013 at the wireless industry's premier trade show in Barcelona, Spain, last month. But HTC has failed to translate that glowing praise into sales.

HTC executives acknowledge that the company made several operational mistakes in releasing last year's phone, including the fact that customers of the leading U.S. wireless carrier, Verizon Wireless, weren't able to buy it until months after its launch. This time, the phone will be available right away through all the major carriers - and Verizon will get it first in stores.

Online orders start Tuesday, while most retail stores will get them by April 10. Verizon will have them in stores on Tuesday as well. The new phone, officially the HTC One (M8), will cost about $200 to $250 with a two-year service contract, or about $650 without a contract.

HTC also plans aggressive marketing, including the heavy use of cable and broadcast television ads. The goal is to reach tech-savvy consumers and trend-setters who are likely to recommend the phone to friends. But HTC executives said it won't try to match Samsung dollar for dollar.

Samsung, in particular, is notorious for its heavy marketing. The company spent nearly 4.6 trillion won ($4.3 billion) in advertising in the 12 months through September, about four times the $1.1 billion Apple spent in the same period, the latest for which figures were available. Although Samsung also makes TVs, refrigerators and other products, analysts believe much of the marketing is for newer products such as phones.

To break through, HTC plans to emphasize the One's metal design. Samsung's phones typically have a plastic back panel, while Apple's iPhone use glass. At Tuesday's launch event, HTC compared the phone's smooth, polished finish with jewelry.

HTC took a few jabs at Samsung Tuesday without mentioning it by name.

Jason Mackenzie, president of HTC Americas, said HTC is doing more than launching another plastic phone with "maybe a software gimmick or two and then masking it all with expensive advertising.

Ben Wood, chief of research at telecoms analyst firm CCS Insight, said the new phone is a "make or break device" for HTC. He said HTC has the advantage of coming out before Samsung's Galaxy S5 and Sony's Xperia Z2. The S5 is coming on April 11, while Sony hasn't announced a U.S. release date yet.

"While HTC still has a mountain to climb as it tries to recover its position in the smartphone market, early indications are encouraging," Wood wrote. "However, there is no room for complacency."

The new One will have a screen measuring 5 inches diagonally, up from 4.7 inches in last year's model. It will help software improvements designed to anticipate your needs, such as offering lunch recommendations when it's time for lunch. That will come through HTC's hub for personalized content, known as BlinkFeed. BlinkFeed itself will be more colorful and will continue to present news, social media updates and other items of interest.

HTC continues its philosophy of steering people away from the megapixel count in cameras, saying that more isn't necessarily better. Like the original model, the new HTC One has a 4 megapixel rear camera, which is low for high-end smartphones. Instead, HTC focuses on making the individual pixel sensors larger, so that they can capture more light and offer better shots in low-light settings.

The front camera, for selfies, is improved, though - at 5 megapixels, compared with 2.1 megapixels before. The rear camera also has a second lens to capture depth information, which users can use to tweak the focus point in images later.