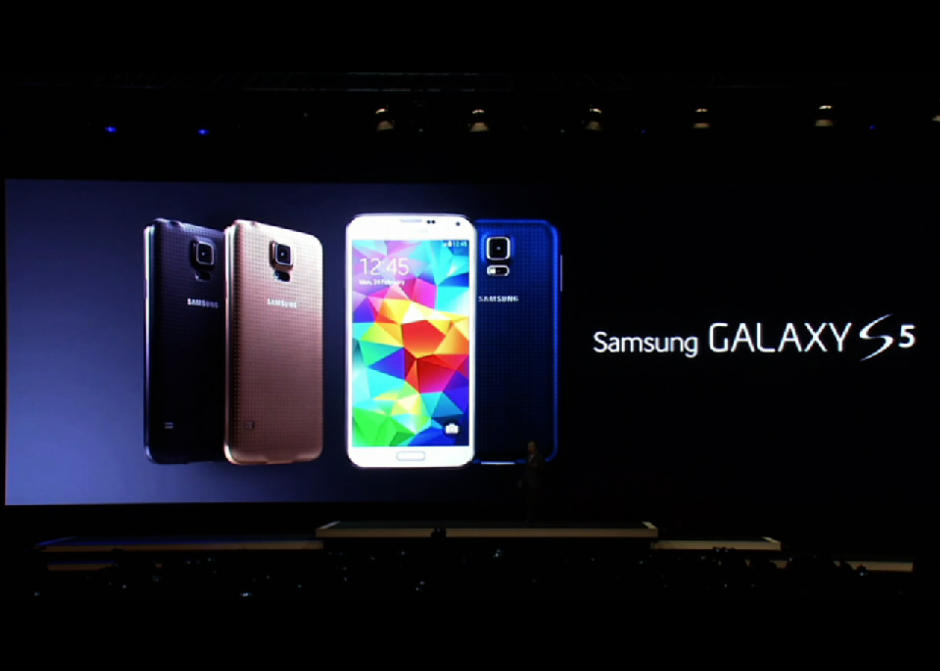 Samsung unveiled its new smartphone, the Galaxy S5, at a global tech show on Monday. The phone features a better camera, a bigger screen, a fingerprint sensor, and even a built-in heart rate monitor to complement three upcoming fitness devices.

The new Galaxy S5 phone has a slightly larger screen than its predecessor, at 5.1 inches (12.95 cm) diagonally instead of 5 inches in the S4. But the size increases have slowed down compared with previous jumps.

Like its competitor the iPhone 5S, the Galaxy S5 has a built-in sensor that will allow users to unlock their phones with a fingerprint scan. As CNET explains, the sensor has other security functions as well: it will act as password protection for PayPal payments, according to Samsung.

The device is water-resistant, and the screen itself adapts to changing external conditions and gives you an option to dim it when you don't want to disturb others near you.

The phone has a 16 megapixel camera, sharper than the 13 megapixels in its predecessor, and promises faster auto focus.

"Our consumers do not want eye-popping technology or the most complex technology," said J.K. Shin, Samsung's head of information technology and the mobile communications division. "They want durable design and performance."

Samsung said the new phone will go on sale April 11. Prices have not been announced.

Samsung's Galaxy S series has emerged as one of the strongest challengers to Apple's iPhones and has helped the Korean company surpass Apple as the world's largest smartphone maker. According to Gartner, Samsung's smartphones had a worldwide market share of 31 percent last year, compared with 16 percent for Apple's iPhones.

One of the main appeals is the phone's screen size. It has steadily increased from 4 inches on the original S from 2010, to 5.1 inches on the new S5. The iPhone's screen has stayed at 4 inches since 2012, although the company is rumored to be working on a larger model. Colors on Samsung screens also appear richer because it uses organic light-emitting diodes, rather than a standard LCD found elsewhere.

CNET has complete coverage of the Mobile World Congress.