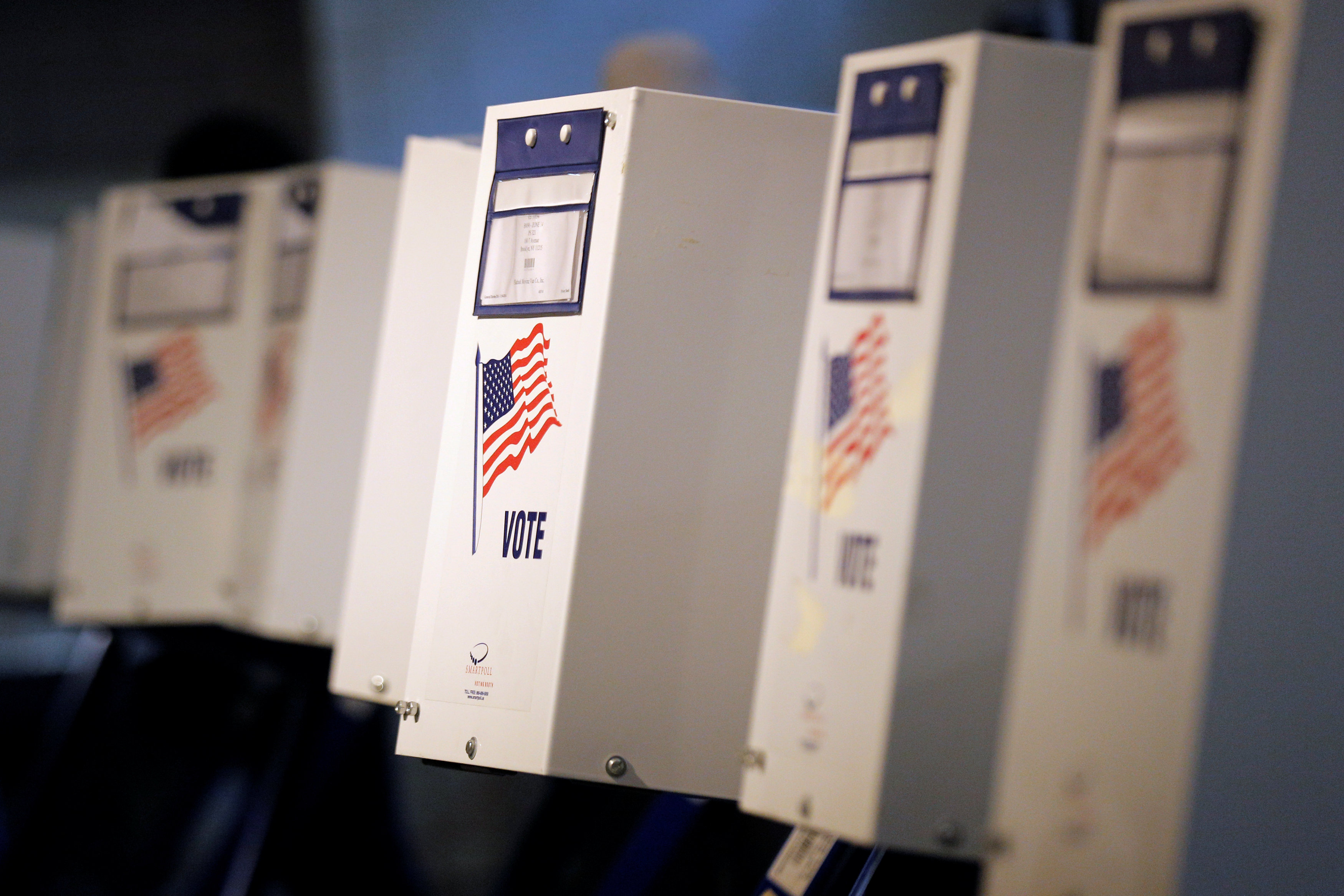 Voters in two states -- Kentucky and Oregon -- are casting their ballots in the Democratic or Republican races for president. Kentucky is only holding a Democratic party since it held Republican caucuses on March 5. Oregon, on the other hand, is holding primaries for both political parties.

Hillary Clinton and Bernie Sanders are the main candidates on the Democratic ballot. Donald Trump is now the presumptive GOP nominee.

Both Kentucky and Oregon operate under closed primary systems in which only registered voters of each party can cast ballots in their respective primaries.

While Kentucky voters vote at traditional polling sites, no polls are actually open in Oregon. Instead, voters mail their ballots in via snail mail. Ballots were sent out two to three weeks before the primary and are due back by 8 p.m. PT. Last-minute voters can also drop their ballots off at designated locations. As of last Thursday, 564,804 ballots had been returned.

In the Republican race, 28 delegates are up for grabs in Oregon and most are distributed proportionally -- one delegate for every 4 percent of the statewide vote.

In 2008, Clinton defeated then-Sen. Obama in Kentucky's Democratic primary. Mr. Obama, on the other hand, won Oregon. In 2008 and 2012, John McCain and Mitt Romney, respectively, won the Kentucky and Oregon primaries.

The primaries come just days after the Nevada Democratic state convention erupted into chaos, which involved some chair-throwing by Sanders supporters. In the Republican race, meanwhile, efforts are underway to draft a third-party candidate to derail Trump, the presumptive GOP nominee.

→What: Democratic and GOP primaries in Oregon, Democratic primary in Kentucky