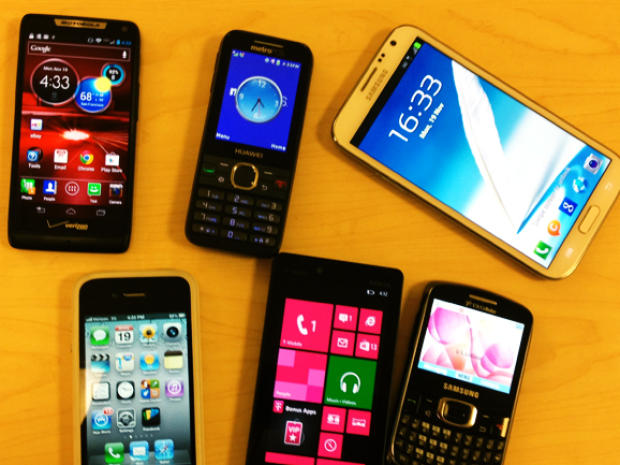 With the next generation of iPhone expected to be unveiled Sept. 9 and the new Samsung Galaxy Note 4 making its debut, millions of consumers are starting to think about an upgrade. But once you decide on a new phone, what should you do with the old one?

Both smartphones and their older cousins, feature phones, contain precious metals such as copper, silver, gold and platinum, in addition to plastics, ceramics and other recyclable materials. The Environmental Protection Agency says Americans dispose of 130 million mobile devices annually; of that, only 8 percent gets recycled.

The turnover in phones continues to increase as new early-upgrade plans allow consumers to change models even more frequently. Americans are on pace to buy an estimated 152 million smartphones by the end of 2014, according to estimates by the Consumers Electronics Association.

All that potential waste adds up. For every million cellphones recycled, 35,274 pounds of copper, 772 pounds of silver, 75 pounds of gold and 33 pounds of palladium can be recovered, an EPA spokesperson explained to CBS News.

Most Americans say they know that recycling is important, but statistics show they don't always act accordingly. A recent survey by ecoATM found 46 percent of device owners said they'd consider recycling old gadgets; most agreed that recycling is good for the environment and worth doing. However, 57 percent of American still have cellphones they no longer use collecting dust at home, and only 22 percent said they have previously recycled a cellphone, the survey found.

Fortunately, there are a number of convenient recycling options available. Twenty-four states currently have laws in place governing the collection and recycling of electronic devices, according to the Electronics Recycling Coordination Clearinghouse. Many require retailers or manufacturers to accept used electronics and recycle them for consumers who don't want them anymore.

Major carriers all offer recycling. Verizon, for one, says it has seen an increase in participating consumers.

Cameka Crawford, manager of community relations at Verizon, says customers are given two options for turning in old cellphones. "First, customers have the option of recycling devices using the company's device recycling program. Through this program, Verizon provides the value of customers' old wireless devices on an electronic gift card that can be used toward the purchase of a new wireless phone, tablet or accessories," Crawford told CBS News in an email.

"Customers may also donate no-longer-used devices directly to Verizon's HopeLine program," in which donated devices are refurbished for use by survivors of domestic violence.

John Columbus, manager of public affairs at Verizon, told CBS News that the company also hosts electronic waste recycling rallies through the year. "Since the launch of the program in 2009, we have collected more than 810,302 pounds of e-waste," he said in an email.

AT&T's trade in program, similar to Verizon's, allows people to bring in their unwanted phones -- regardless of carrier or brand -- to any retail store. They may also decide to trade in their old cellphones for a gift card that can be used to offset the purchase price of their next phone.

Sprint buys back old cellphones, allowing customers to get account credit on their bill, or helps them recycle old phones, batteries and data cards from any manufacturer through a drop-off or mail-in program called Project Connect. T-Mobile allows consumers to drop off any cellphone, batteries, accessories, tablets or netbooks at any retail location to be recycled for free.

Before you donate or recycle an unwanted phone, there are a few important steps to take:

There are also many third-party options available to consumers who want to turn in unwanted phones. ecoATM, a San Diego-based company, operates a chain of self-serve automated kiosks where people can exchange old cellphones for cash. Others companies offering similar services include Gazelle, Maxback, Nextworth, and many more, says Jason Linnell, the executive director of the National Center for Electronics Recycling.

"If you are looking for the highest return for working devices, search the existing sites and see who is paying the most after checking their environmental and data destruction qualifications," he told CBS News in an email.

GreenGadgets.org also has a national directory of drop-off recycling locations that Linnell's company oversees. "You will not get paid for devices at these locations, but they may be more convenient," he added.