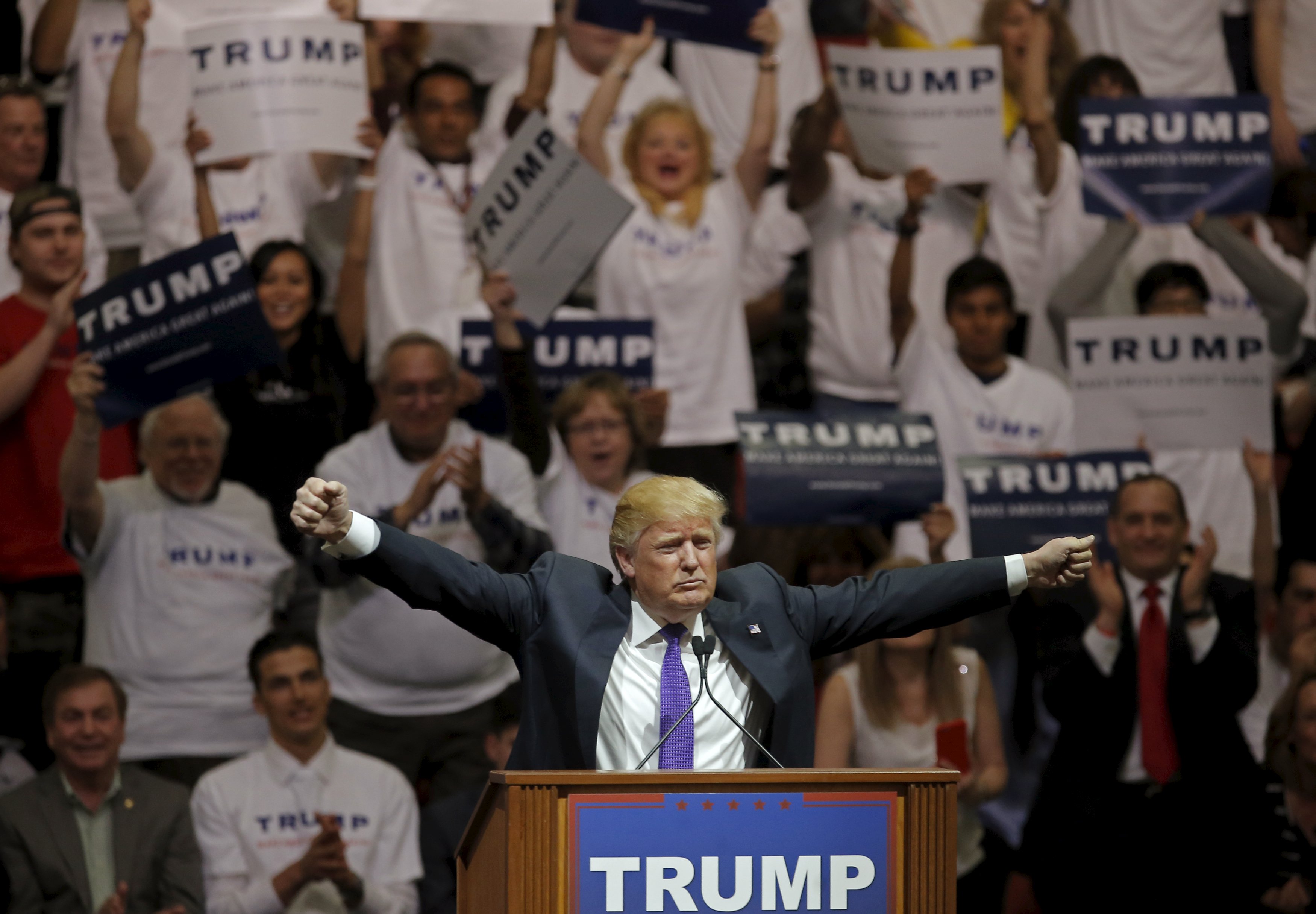 As a fresh round of panic over Donald Trump's continued electoral success runs through the Republican establishment, party members are grappling with the same question they've considered for months: is there any way to stop Trump?

One super PAC, the anti-Trump Our Principles PAC, is laying out a roadmap for how to defeat the GOP frontrunner -- and calling for more money to be put into the effort. The group received a $3 million donation from Marlene Ricketts of the wealthy Ricketts family, which owns the Chicago Cubs.

In the memo, executive director Katie Packer Gage explains the group's research into the best ways to take down Trump, which she writes starts with an actual concerted effort.

"Many have asked me, 'What can be done to stop Trump?' The answer is simple: TRY," writes Gage, a former top aide to Mitt Romney's 2012 campaign. "That's right. No one has stopped him because no one has really tried. In my nearly 30 years of political involvement, I have never seen a campaign where the frontrunner had no aggressive, strategic campaign launched against him."

Trump's bombastic style on the campaign trail has made him difficult to attack in conventional ways. Just Monday night, when a protester interrupted his Las Vegas rally, Trump said, "I'd like to punch him in the face."

The memo notes that of the more than $200 million spent on ads in the Republican primary, just $9 million of that has been directed at defeating Trump. Our Principles PAC's paid anti-Trump efforts in Iowa and South Carolina, the memo argues, were successful in bringing down his numbers; to do the same in other states going forward, significant financial resources would be needed.

Our Principles PAC isn't the only group going after Trump, though: the conservative Club for Growth is going up this week with a $1 million ad buy in Oklahoma and Arkansas ahead of Super Tuesday, hitting Trump as insufficiently conservative. ("Trump wants us to think he's Mr. Tell-it-like-it-is," the ad says. "But he has a record, and it's very liberal. He's really just playing us for chumps.") This follows the $1.5 million the group spent attacking him in South Carolina and the $1 million it spent against him in Iowa.

Trump, Gage argues, is a "conservative of convenience": on issues ranging from healthcare to tax increases to abortion to donating to Democrats, Trump has been at odds with the rest of his party. The most effective way to go after the business mogul is not to accuse him of anything, but to raise questions and let voters come to their own conclusions. ("How much do you really know about Donald Trump?" for example, is an effective message the group tested.)

"Telling voters Donald Trump is a liar, a fraud, a liberal is counterproductive," Gage writes. "They will shut down and discount other accurate and valuable information."

Another good sign for the anti-Trump contingent of the Republican Party, the memo notes, is that many of the states voting in the coming weeks have closed primaries--meaning only registered Republicans, and not independents or Democrats, will be able to cast their vote.

With Trump leading in the polls in several Super Tuesday states, the memo concludes, the stakes for defeating him are higher than ever.

"If all of us join forces in a concerted effort to expose his record and his rhetoric, it is possible to stop him," the memo says. "If not, we will have the nominee we deserve."