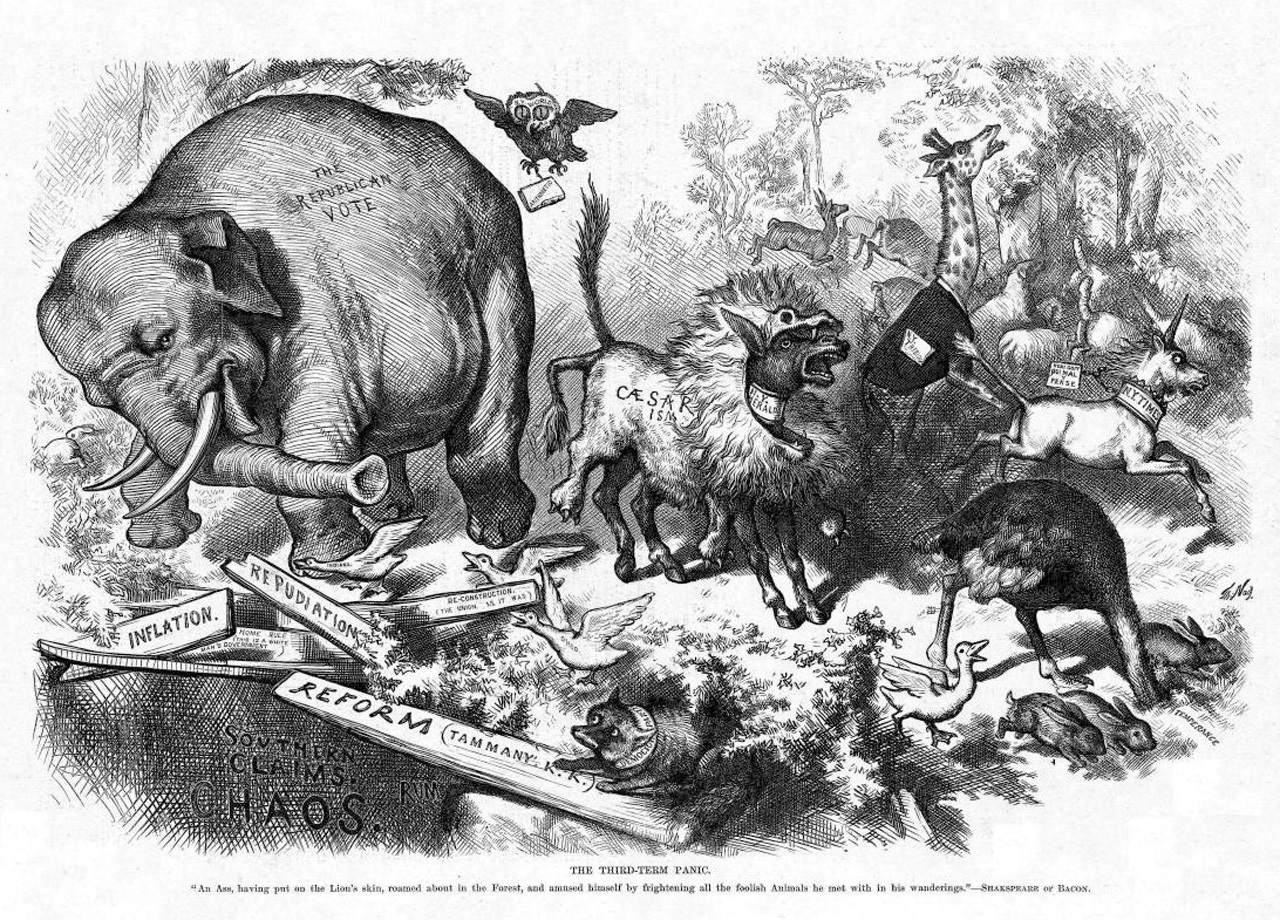 (CBS News) Did you ever wonder about just what was behind two famous party animals?

His opponents called Jackson, well, a "jackass" for his populist views.

Jackson was actually ENTERTAINED by the insult, and used the image of the strong-willed donkey on his campaign posters.

Later, famed cartoonist Thomas Nast used the donkey in his newspaper cartoons, helping to establish it as the symbol of the Democratic Party.

And it was Nast who provided the Republicans with their elephant.

In an 1874 cartoon, Nast drew a donkey clothed in a lion's skin - scaring off the other animals at the zoo.

. . . All the animals, except for the fearless elephant, which was labeled "the Republican vote."

The symbol endures to this day.