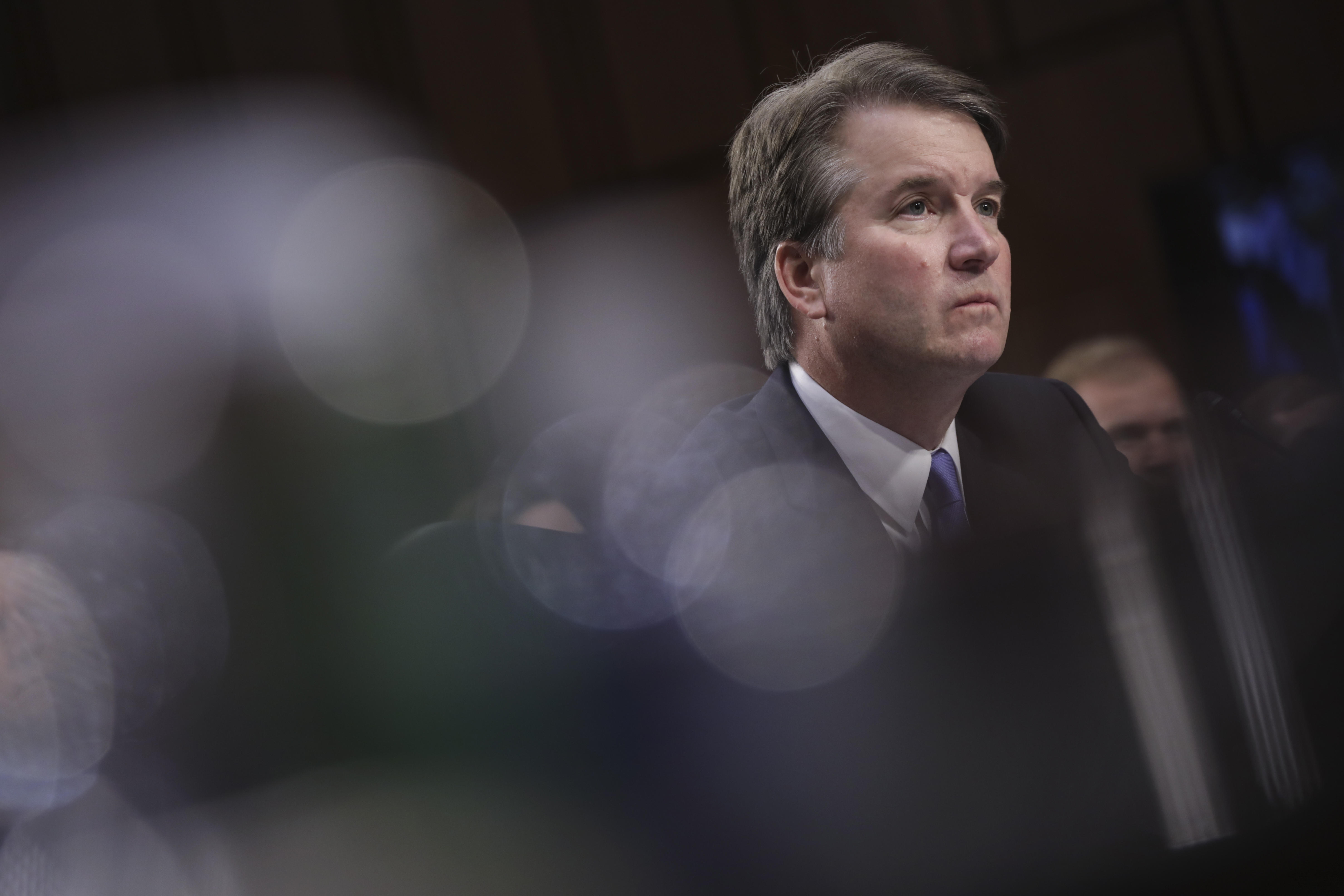 The confirmation process for Judge Brett Kavanaugh to the Supreme Court has been in turmoil since Christine Blasey Ford, a professor at Palo Alto University, claimed that Kavanaugh sexually assaulted her when they were both in high school. She had made the allegation anonymously but went public in an interview with the Washington Post published Sunday.

Kavanaugh and Ford are expected to testify before the Senate Judiciary Committee in a hearing on Monday, although the committee's chairman, Sen. Chuck Grassley, says that Ford's lawyer has not responded to invitations to attend the hearing. The committee vote to confirm Kavanaugh, originally set for Thursday, was delayed due to the upcoming hearing. Republicans are anxious to get Kavanaugh confirmed before the midterm elections, while Democrats are trying to delay the vote.

Kavanaugh's supporters have been making several arguments in his defense. Some are suspicious of the timing. Although Sen. Dianne Feinstein was aware of Ford's story in July, she did not attempt to delay the confirmation process until this month.

"I do not intend to allow Judge Kavanaugh's confirmation to be stalled because of an 11th hour accusation that Democrats did not see fit to raise for over a month," Utah Sen. Orrin Hatch, a Republican, said in a statement.

There are also gaps Ford admits exist in her account. She told the Post that she did not remember where the alleged assault took place, when exactly it happened or how she got home afterwards. "Judge Kavanaugh has denied these accusations categorically, the only other potential witness has no recollection of the alleged event," Hatch also said.

Soon after Ford's accusation, 65 women who knew Kavanaugh in high school have come forward to defend his character in an open letter.

Erick Erickson, a conservative journalist, tweeted that the allegations against Kavanaugh were being strategically used by pro-choice lawmakers as an excuse not to confirm him.

"People who say Kavanaugh should step aside because of a single accusation from 35 years ago in high school are not interested in truth or justice. They are interested in killing babies and don't want anyone to even just potentially stand in their way," Erickson wrote.

Others have excused Ford's allegations by noting Kavanaugh's youth at the time of his alleged behavior.

"I do not understand why the loutish drunken behavior of a 17 year old high school boy has anything to tell us about the character of a 53 year old judge," Rod Dreher, a journalist for the American Conservative, wrote on Twitter. "By God's grace (literally), I am not the same person I was at 17. This is a terrible standard to establish in public life."

Grassley said in an interview with conservative radio host Hugh Hewitt on Tuesday that Kavanaugh should not be judged for something he allegedly did as a teenager.

The caption of the post reads "Judge Kavanaugh sexual assault letter found by Dems..." The photo attached shows a crumpled-up piece of notebook paper with a message scribbled in crayon: "Hi Cindy will you be my girlfriend, Love Bret." The note had boxes to check for "yes" or "no."

For his part, Kavanaugh has vehemently denied Ford's allegations. "This is a completely false allegation," He said in a statement Monday morning. "I have never done anything like what the accuser describes—to her or to anyone. Because this never happened, I had no idea who was making this accusation until she identified herself yesterday. I am willing to talk to the Senate Judiciary Committee in any way the committee deems appropriate to refute this false allegation, from 36 years ago, and defend my integrity."