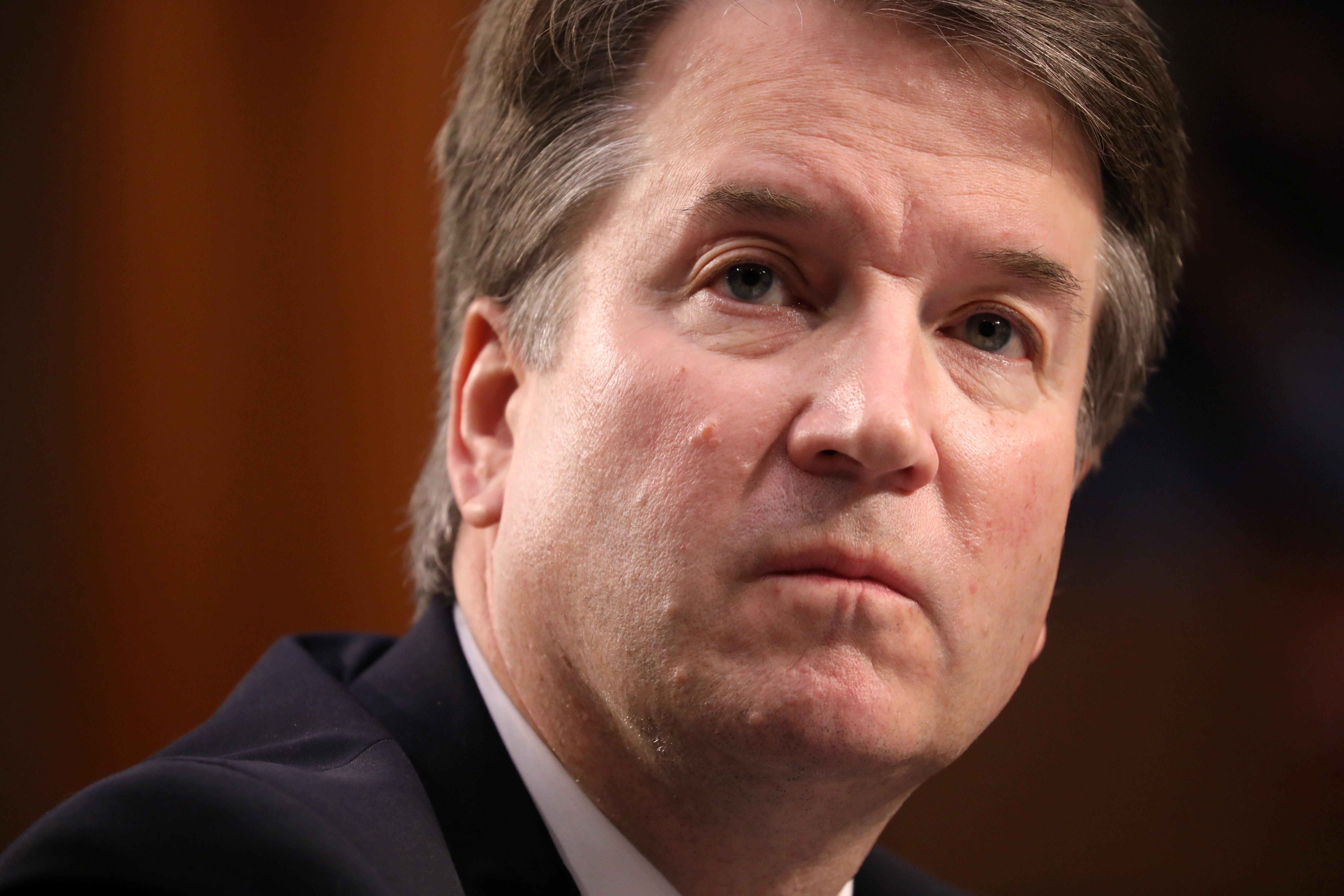 The woman who wrote a letter alleging Judge Brett Kavanaugh sexually assaulted her while both were in high school has stepped forward. In an interview with the Washington Post published Sunday, Christine Blasey Ford, a professor at Palo Alto University, documented her alleged encounter with Kavanaugh, saying she feels a "civic responsibility" to speak out about the Supreme Court nominee.

The Post reports Ford first contacted the paper in early July, several weeks before she wrote a confidential letter to Sen. Dianne Feinstein, the top Democrat on the Senate Judiciary Committee. Ford declined to speak to the Post on the record until this week, after the letter's existence was revealed. Feinstein said in a statement Sunday that "it has always been Mrs. Ford's decision whether to come forward publicly."

In the interview, Ford said she believes the alleged incident occurred in 1982, when she was a 15-year-old sophomore at an all-girls school in suburban Maryland. Kavanaugh, who attended an all-boys school, would have been 17. She said she was at a party with other teenagers at a home close to a country club where she spent time during the summer. Ford said Kavanaugh and his friend Mark Judge had been drinking earlier and were very drunk. Ford had one beer at the house, she said.

When she went upstairs to use the bathroom, Ford told the Post that she was pushed into a bedroom. She said Kavanaugh pinned her to the bed and groped her, trying to remove her clothing and a one-piece bathing suit underneath. Judge stood across the room and both of the boys were laughing "maniacally," Ford said. When she tried to scream, she said Kavanaugh held his hand over her mouth.

"I thought he might inadvertently kill me," she told the Post. "He was trying to attack me and remove my clothing."

Eventually, Ford said, Judge jumped on top of them, and she managed to get free and lock herself in a bathroom. After she heard the boys "going down the stairs, hitting the walls," she said she made it downstairs and out the door, but doesn't remember how she got home.

Kavanaugh has denied the incident took place. "I categorically and unequivocally deny this allegation. I did not do this back in high school or at any time," he said in a statement released by the White House last week. Judge, now an author and filmmaker, told The Weekly Standard last week that no such incident had occurred. "It's just absolutely nuts. I never saw Brett act that way," he said before Ford's identity was revealed.

Ford said she told no one about the incident until 2012, when she discussed it during a couples therapy session. The professor said she was being treated for long-term effects of the encounter which she described as a "rape attempt." The Post reviewed notes made by the therapist that included a description of the alleged incident but did not name Kavanaugh. Ford's husband told the paper he remembers her naming Kavanaugh as the aggressor in 2012.

Ford said the alleged incident "derailed me substantially for four or five years," impairing her relationships with men and contributing to post-traumatic stress symptoms over the long term.

The Post reports that Ford took a polygraph test administered by an ex-FBI agent on the advice of a lawyer, Debra Katz. The Post reviewed the results, which showed Ford was speaking truthfully when she described the alleged incident.

Feinstein, the top Democrat on the Judiciary Committee, said in a statement Sunday that the incident is "in the hands of the FBI" and the Senate should not move forward until the bureau conducts an investigation. The FBI said last week that it was made aware of the allegation on Sept. 12 and included the material "as part of Judge Kavanaugh's file, as per the standard process."

"From the outset, I have believed these allegations were extremely serious and bear heavily on Judge Kavanaugh's character," Feinstein said. "However, as we have seen over the past few days, they also come at a price for the victim. I hope the attacks and shaming of her will stop and this will be treated with the seriousness it deserves."

Republican Sen. Chuck Grassley of Iowa, the chairman of the Judiciary Committee, released a statement Sunday afternoon calling the allegations "uncorroborated allegations from more than 35 years ago" and questioning the timing of the emergence of the letter.

Sen. Lindsey Graham, a Republican from South Carolina and a member of the committee, said he shared Grassley's concerns "about the substance and process regarding the allegations in this latest claim against Judge Kavanaugh," but added that he would be willing to hear from Ford if she chooses to speak to the committee.

"If Ms. Ford wishes to provide information to the committee, I would gladly listen to what she has to say and compare that against all other information we have received about Judge Kavanaugh," Graham said in a statement later Sunday.

Senate Minority Leader Chuck Schumer echoed Feinstein's statement, saying that Grassley "must postpone the vote until, at a very minimum, these serious and credible allegations are thoroughly investigated."

Ford's decision to come forward comes as the Senate Judiciary Committee aims to hold its first vote on Kavanaugh's confirmation on Thursday after delaying for one week. Kavanaugh testified before senators for three days about his fitness for the Supreme Court.

On Sunday before Ford's identity became public, North Carolina Republican Sen. Thom Tillis said he was "shocked" that the allegations of sexual misconduct against Kavanaugh did not come up during the confirmation hearings, but expected the process to continue as planned.