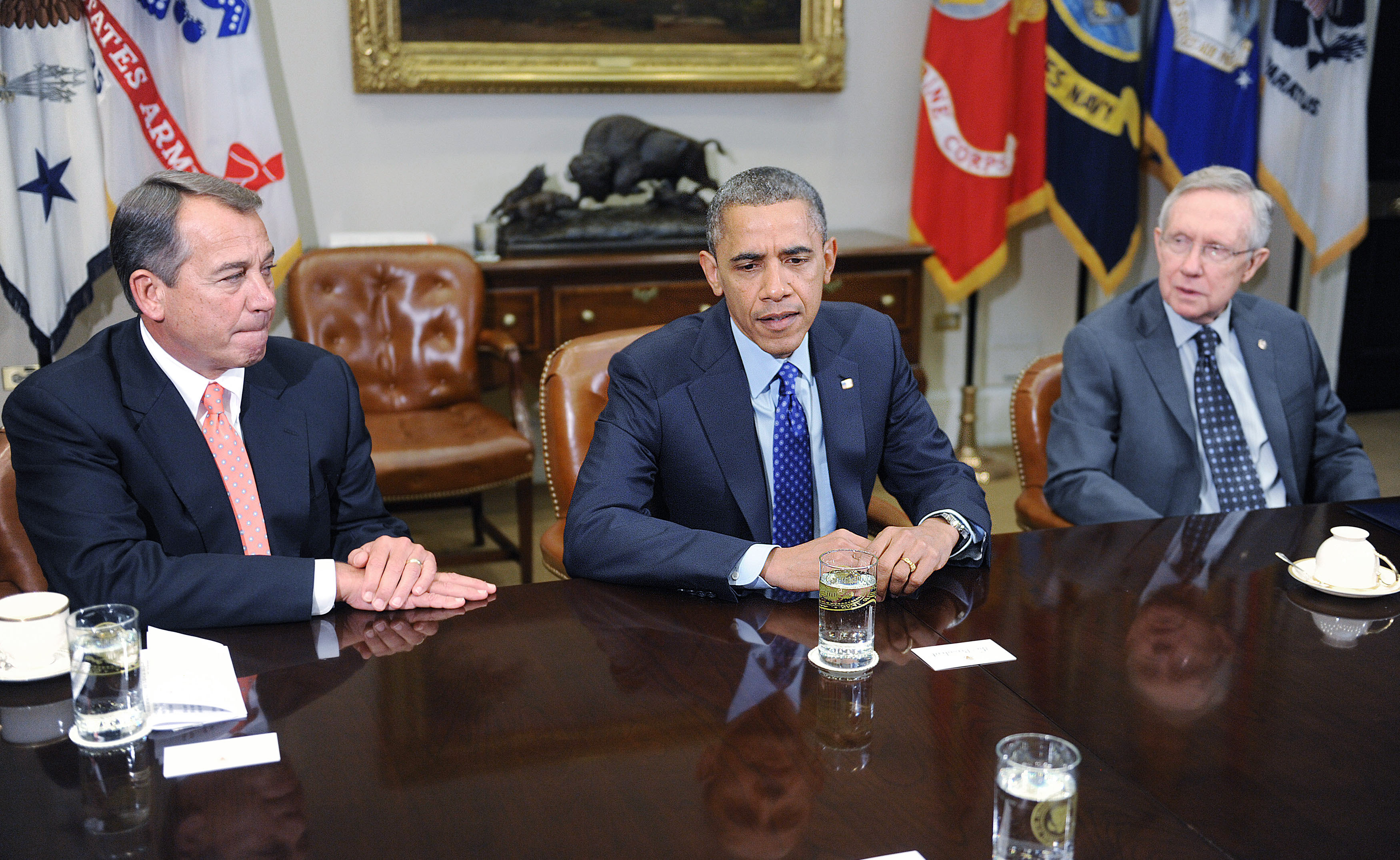 With hours left to avert a government shutdown, House Republicans on Monday night voted to restore language to a stopgap spending bill to dismantle parts of the Affordable Care Act.  And for the third time, the Senate stripped the provisions, sending back to the House a "clean" stopgap spending bill.

The House now, yet again, must decide how to proceed as the clock ticks toward a possible shutdown.

At midnight Monday night, barring an agreement to end the ping-ponging of bills between the House and Senate, authorized government spending runs out and some federal operations will shut down.

Asked whether the House could vote any time Monday on a spending bill without the Obamacare amendments, Boehner said, "That's not going to happen."

"The American people don't want a shutdown and neither do I," he said before Monday night's vote. But, he added, the new health care law "is having a devastating impact. ... Something has to be done."

Late Monday night, in a last ditch effort to end the ping-ponging between the House and Senate, House Republicans offered to setup a bipartisan conference committee to negotiate the differences between the House and Senate bills. Senate Majority Leader Harry Reid, D-Nev., rejected that proposal, saying they wouldn't negotiate "with a gun to our head" and will continue to demand a "clean" spending bill, without Obamacare-related amendments.

"You don't get to extract a ransom for doing your job, for doing what you're supposed to be doing anyway," Mr. Obama said.

He pointed out that in the event of a government shutdown, hundreds of thousands of federal employees will go to work without pay while several hundred thousand will be furloughed without pay.

"I think it's important everybody understand the federal government is America's largest employer," he said. "A shutdown will have a very real economic impact on real people, right away."

He also pointed out that, regardless of what Congress does, the major parts of the Affordable Care Act will stay intact. In fact, open enrollment will begin on the Obamacare exchanges Tuesday no matter what.

"You can't shut it down," the president said.

In spite of the current stalemate, Mr. Obama said he is confident "in the 11th hour once again Congress will do the right thing."

"The President made clear to the Republican Leadership that they must act, as the Senate has, to pass the bill that funds the government for six weeks that doesn't include any extraneous ideological riders," a White House official said in a statement following the calls. "The President urged the House to bring up this clean Continuing Resolution for a vote tonight to keep the government open and avoid a shutdown."

"The speaker told the president that Obamacare is costing jobs and that American families are being denied basic fairness when big businesses are getting exemptions that they are not," Buck said. "The call lasted nearly ten minutes."

Mr. Obama said earlier in the day that he's "not at all resigned" to a government shutdown. He added that he expects to speak to congressional leaders "today, tomorrow and the next day, but there's a pretty straightforward solution to this if you set aside the short-term politics and you look at the long term here."

Earlier in the day, the Senate passed a bill to fund the government through mid-November by a party-line vote of 54 to 46. The bill passed after it was stripped of the Republican-added language relating to Obamacare.

"I have a very simple message to John Boehner," Reid said after the vote. "Let the House vote. Stop trying to force a government shutdown. Let the House work its will -- all 435 members, not just the majority."

Reid said that if Boehner put the Senate bill up for a vote, it would pass by a "large margin" with the support of Democrats and Republicans. Democrats have said unequivocally they won't negotiate over government funding. The House is "spinning their wheels," Reid said. "We are not going to change Obamacare."

Behind closed doors Monday, Senate Republican leaders gauged whether there was any interest among Senate Republicans in passing a bill to extend federal funding for just one week. On the way to the Senate floor Monday, Reid said he is definitely opposed to that temporary solution.

House Democrats also said Monday it wasn't worth passing a one-week spending bill. However, they did say they were willing to go along with a six-week spending bill if Republicans would drop their Obamacare demands.

"Let's bring a clean [spending bill] to the floor, pass it with the few weeks that it gives us to come to the table to eliminate the sequester," House Minority Leader Nancy Pelosi, D-Calif., said.

Pelosi and other House Democrats pointed out that they are willing to pass the temporary spending bill at the low spending levels requested by Republicans (at a yearly rate of $986 billion), rather than the higher levels Democrats would prefer.

"We are asking them to take yes for an answer," House Minority Whip Steny Hoyer, D-Md., said. "This is not a negotiation -- we're taking their number, and we would hope that they could also take their number so we can keep the government open."

Meanwhile, Senate Chaplain Barry Black opened Monday's session with a prayer for members of Congress to find some common ground.

"Lord, lead them away from the unfortunate dialectic of us versus them as they strive to unite for the common good for this land we love," he prayed. "Give them the determination to make the right things happen... Bless them with the courage to stand for something."