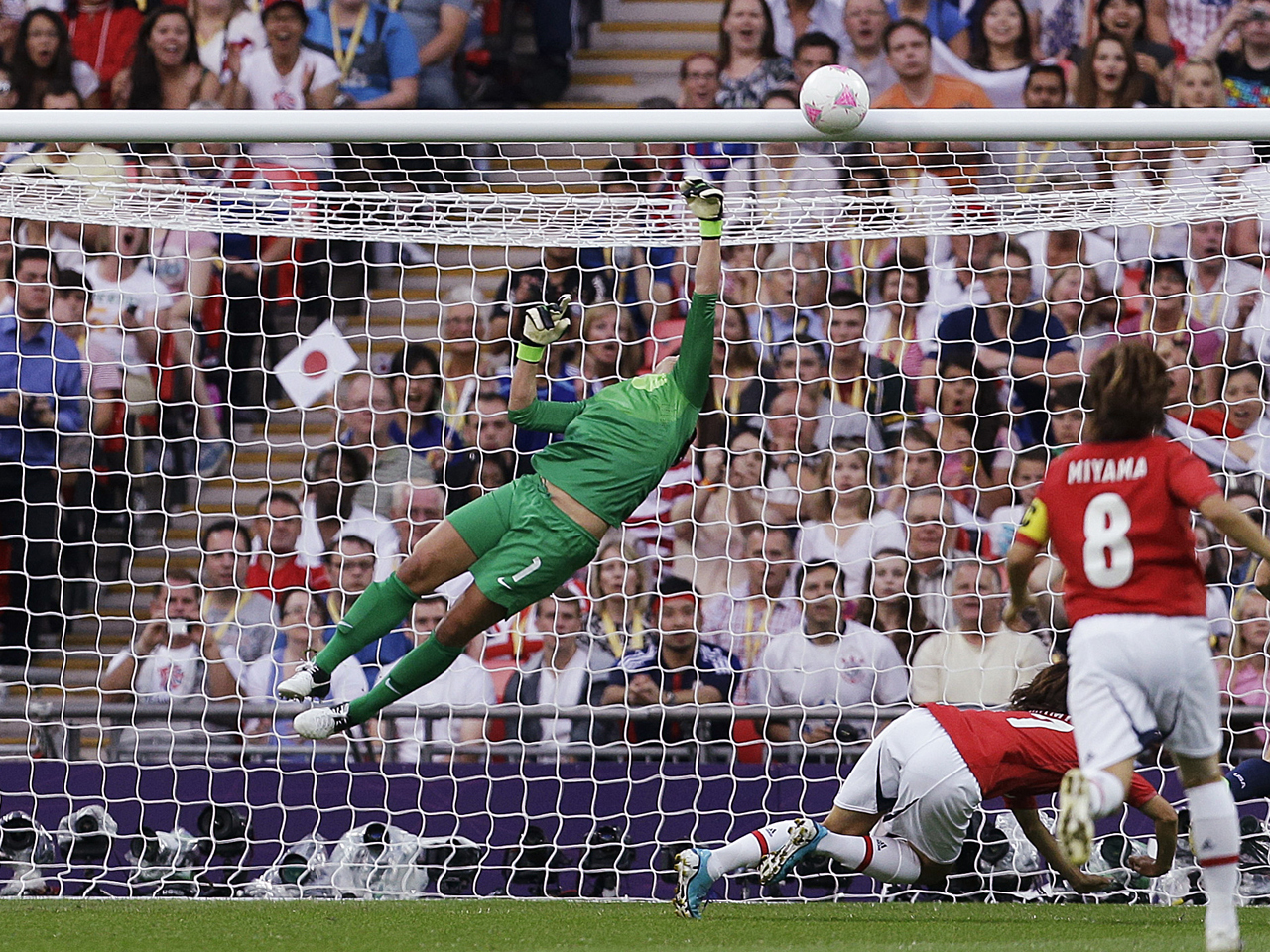 (CBS/AP) The United States women's soccer team beat Japan 2-1 to win the gold medal, but with Japan putting up a fight till the very end, it was goalie Hope Solo's save that kept  the U.S. in the lead.

In the second half with seven minutes left,  the U.S. was up 2-1. After U.S. defender Christie Rampone was beat to the ball by Japan's Asuna Tanaka, she streaked by the the U.S.' defense creating a one-on-one with Solo. After Asuna managed to get a shot, Solo made a diving save across the goal to keep the Americans in front.

Midfielder Carli Lloyd scored both goals for the U.S. one in each half.

The Americans avenged a 3-1 loss to Japan in the World Cup final and captured their third straight Olympic title.

When the final horn sounded, Solo was mobbed by teammates and Abby Wambach emphatically waved a towel as Queen's "We Are the Champions" thundered on the speakers.