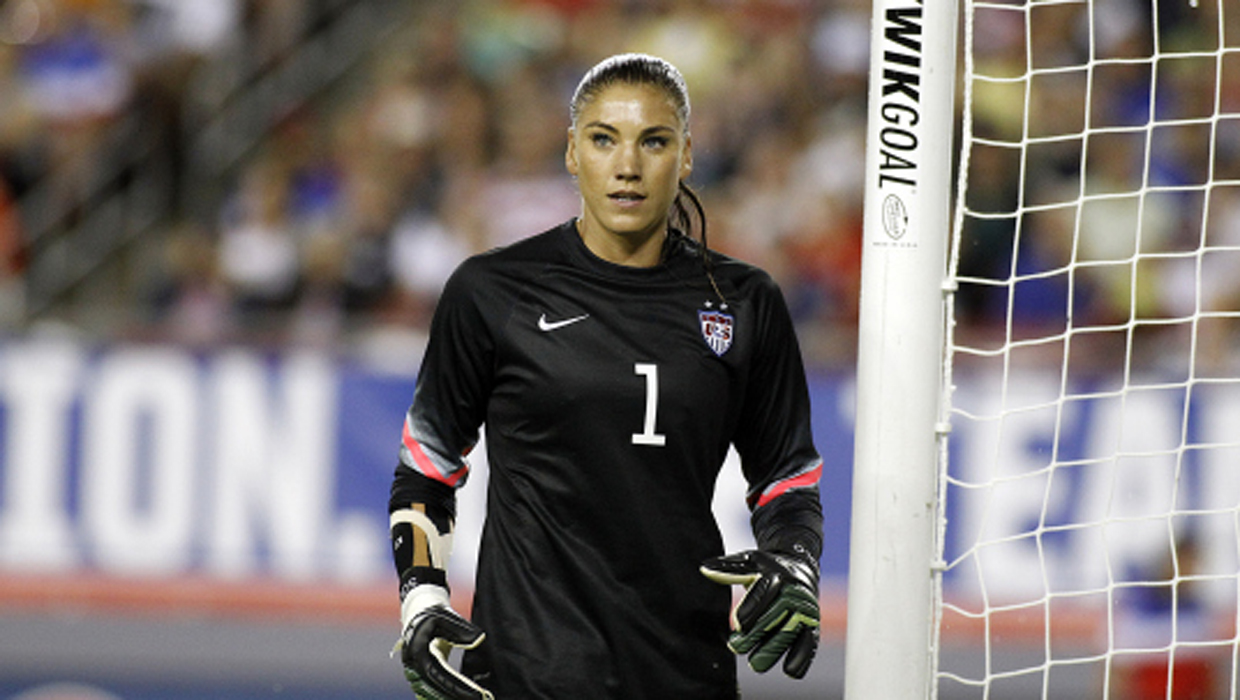 Solo called the Swedes “a bunch of cowards” for focusing on defense rather than attacking the three-time defending champion U.S. team. Sweden ousted the U.S. 4-3 on penalty kicks following a 1-1 draw in a quarterfinal match.

U.S. Soccer President Sunil Gulati said Solo’s comments were “unacceptable and do not meet the standard of conduct we require from our National Team players.”

“Beyond the athletic arena, and beyond the results, the Olympics celebrate and represent the ideals of fair play and respect,” Gulati said. “We expect all of our representatives to honor those principles, with no exceptions.”

The 35-year-old Solo, who was previously suspended for 30 days early in 2015 for her conduct, will not be eligible for selection to the national team until February.

Solo was a lightning rod during the Olympic tournament, irking fans in Brazil when she posted a photo of herself covered with mosquito netting and armed with insect repellant on social media. Fans booed her mercilessly and hollered “Zika!” each time she kicked downfield.

Then she caused a stir with her “cowards” comment.

Sweden’s coach Pia Sundhage, who led the U.S. team to gold medals in Beijing and London, replied by stating: “It’s okay to be a coward if you win.”

Solo has been making headlines throughout her stellar career.

Last month, she became the first goalkeeper with 100 international shutouts when the United States defeated South Africa 1-0 at Soldier Field in Chicago. It was also her 150th career win.

Solo won her second straight Golden Glove Award for the best goalkeeper at the Women’s World Cup a year ago. Over the course of the tournament in Canada, she had five clean sheets and allowed only three goals in seven games.

She’s vocally advocated for women’s rights. Solo was among the U.S. players who filed a complaint with the U.S. Equal Employment Opportunity Commission for wage discrimination, saying the men’s national team players have been paid much more than many on the women’s team, which for years has out-performed the U.S. men on the international stage.

“It’s going to be a long road,” Solo told “CBS This Morning” in February. “We had a great summer you know -- we crushed the ratings, we had an incredible following worldwide -- but it wasn’t enough to make people say things need to change.”

After their World Cup victory, the women’s team was awarded $2 million, strikingly less than the $35 million the German men’s team earned in 2014 after winning the World Cup in Brazil.

“It opened people’s eyes up but now, we as a team, we have to take every single step along the way, whether it’s for CBA negotiations, whether it’s standing strong as a team,” Solo said. “So I’m proud of my team, I’m proud of all of us coming together and saying ... ‘This is the time that we need to push for equality and we need to push for what’s right’ and people are paying attention.”

She has also been trying to avoid a trial on misdemeanor domestic violence charges after a 2014 incident at her sister’s home, when the goalkeeper was accused of being intoxicated and assaulting her sister and 17-year-old nephew. Solo said she was a victim in the altercation. Earlier this year, an appeals court in Washington state rejected Solo’s request to avoid trial.