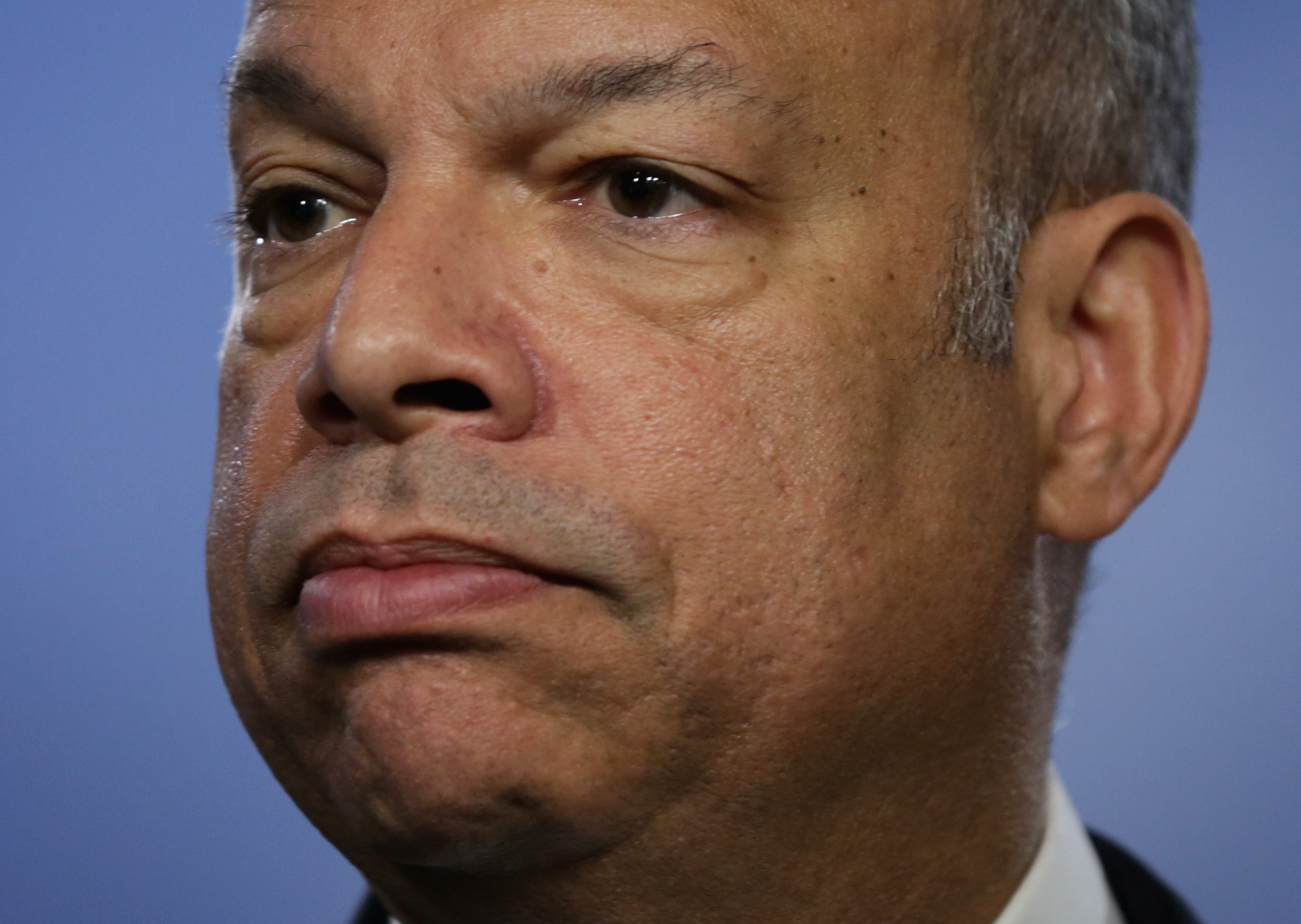 In his four-page statement to the House Homeland Security Committee, Johnson outlined more than a dozen previously announced administration efforts to help with the growing problem. Those initaitives range from creating a coordinated federal response to increasing assistance to the governments of Honduras, Guatemala and El Salvador, the countries from which the children are coming.

The three-pronged approach Johnson outlined includes processing the unaccompanied children, stemming the tide of migration through the Rio Grande Valley and acting in a manner "consistent with our laws and values as Americans."

"This is a humanitarian issue as much as it is a matter of border security. We are talking about large numbers of children, without their parents, who have arrived at our border--hungry, thirsty, exhausted, scared and vulnerable. How we treat the children, in particular, is a reflection of our laws and our values," Johnson said.

Since the start of the budget year in October, Border Patrol agents have apprehended more than 52,000 immigrant children traveling alone. Most of the young immigrants are from Honduras, El Salvador and Guatemala and are being caught in Rio Grande Valley of Texas.

At the same time, the administration is dealing with more than 39,000 adults with children caught at the border. An unknown number of those immigrants have been released with notices to report to Immigration and Customs Enforcement offices near their final destinations inside the United States.

The administration has refused to say how many of those people have been released or how many have reported as ordered.

Democrats and Republicans spent much of the hearing debating the cause of the recent surge of child arrivals, with Republicans placing much of the blame on the Obama administration's Deferred Action for Childhood Arrivals (DACA), the 2012 policy that suspends deportation for many immigrants brought to the U.S. illegally as children before 2007. They also pointed to the current discussions of immigration reform, including the push by the administration for a solution that includes a pathway to citizenship for some illegal immigrants.

The committee's chairman, Rep. Michael McCaul, R-Texas, said in his opening statement that it is "beyond dispute that such a narrative shapes behavior and encourages people to come to our country illegally." Most Republicans echoed that belief.

Johnson reiterated that the deadlines for both DACA and the immigration reform bill passed by the Senate last year would prevent any of the children who arrived in the recent surge from staying in the U.S. legally, although he did say he believes that criminal smuggling organizations have been "putting out a lot of disinformation about the legal conditions here in the untied states to induce this activity."

Ultimately, however, Johnson and many Democrats blame the poor economic conditions and violence in Central America for being the principal "push factor" in spurring children to leave.

"It is irresponsible to attribute this crisis to one U.S. policy or one U.S. president," the committee's top Democrat, Rep. Bennie Thompson, R-Miss., said. "Labeling this as an administration failure will not actually address what is going on in Honduras Guatemala and El Salvador."