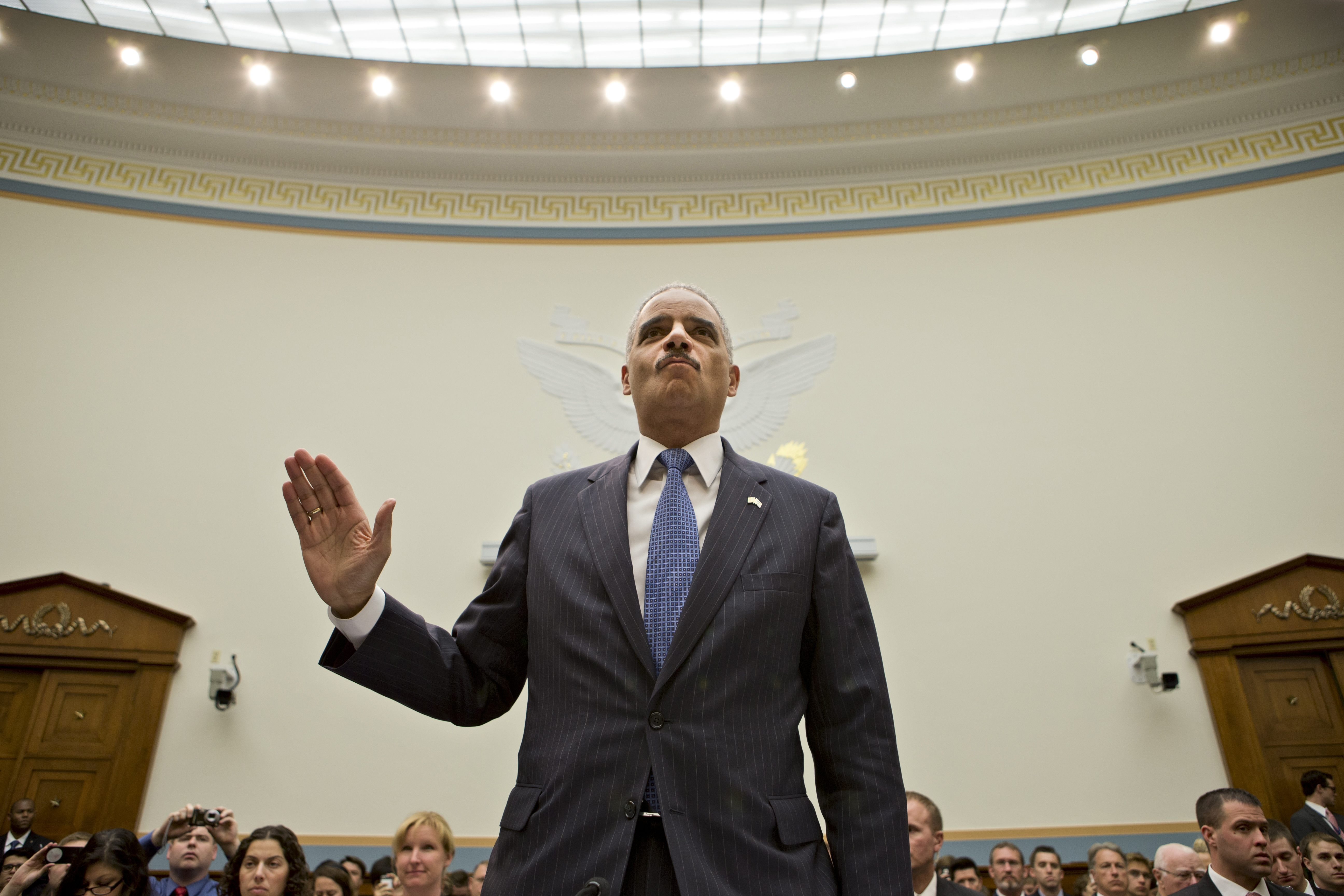 Amid the ongoing controversies over political discrimination at the IRS and the Justice Department's seizure of two-months-worth of Associated Press (AP) phone records, the House Judiciary Committee on Wednesday questioned Attorney General Eric Holder on those and other controversies tied to the Obama administration.

At the opening of the committee's hearing to conduct Justice Department oversight, Committee Chair Bob Goodlatte, R-Va., told Holder he is "deeply concerned about a pattern I see emerging at the department under your leadership in which conclusions reached by career attorneys after thorough investigation are overruled by administration appointees for political reasons."

Goodlatte said the seizure of AP phone records appeared to "intersect important First Amendment protections" and noted that "any abridgement of the First Amendment right to the freedom of the press is very concerning."

A number of other Republican committee members chimed in with similar complaints.

"I think this committee has been frustrated for at least the last 2.5 years... that there doesn't seem to be any acceptance of responsibility [in the administration] for things that have gone wrong," Rep. Jim Sensenbrenner, R-Wis., said, telling Holder that he should go to the Truman Library and take a picture of his "The buck stops here" sign.

"We don't know where the buck stops. I think to do adequate oversight we better find out... how this mess happened," he said, referring to the AP controversy.

Holder told the congressmen that he's "95 percent certain" that Deputy Attorney General James Cole authorized the subpoena of AP records, given that he was serving as acting attorney general in that case because Holder had recused himself from it.

While some members took aim at Holder's leadership, others engaged Holder in a more collaborative discussion on issues like the IRS scandal. Specifically Holder answered questions about what criminal laws may have been broken when the IRS targeted conservative groups seeking tax-exempt status for undue scrutiny.

Holder said there are potential criminal violations in the civil rights statute of the IRS. "There's also the possibility of thousands of false statement violations that may have been made," he said.

The attorney general also assured Congress the investigation would extend beyond the Cincinnati, Ohio IRS office that was the initial subject of scrutiny.

"This is something that we will base -- we're at the beginning stages -- but we're basing it in Washington," he said of the FBI and Justice Department's criminal investigation into the IRS, "that way I think we can have a better impact nationwide."

Among the other issues that Republican members took Holder to task for were the Justice Department's decision to compensate some farmers for discrimination. They also criticized the work of Tom Perez -- President Obama's nominee to lead the Labor Department -- as head of the Justice Department's Civil Rights Division, referring to a "secret deal" Perez engaged in with the city of St. Paul, Minn.

Holder also answered tough questions about the FBI investigation into the Benghazi attack, investigations into former CIA director David Petraeus and other issues.