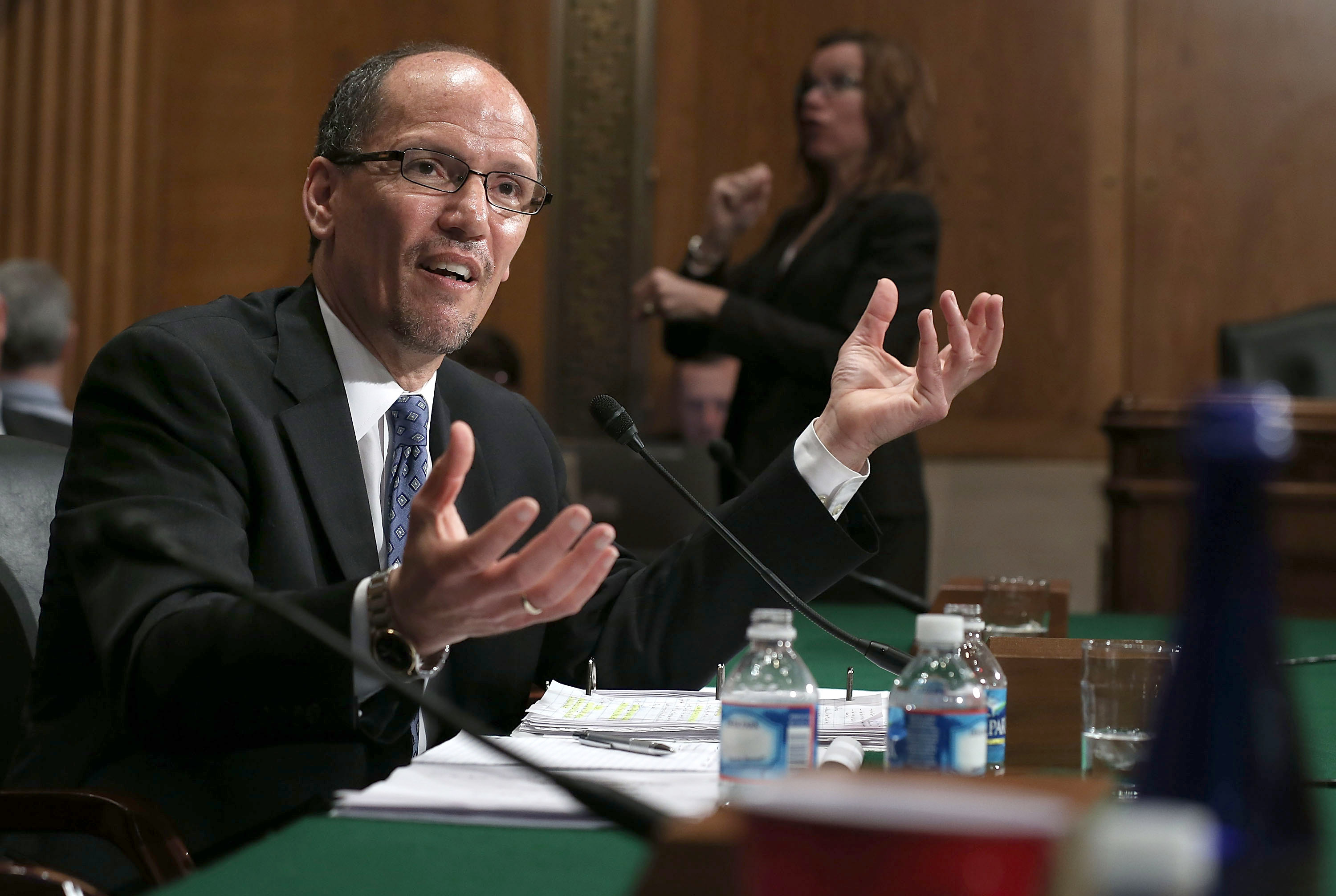 Labor secretary nominee Thomas Perez sought to assure senators Thursday that he would approach the job with an open mind and a willingness to work with business and labor groups alike to create new jobs.

His comments, in prepared testimony at his confirmation hearing, were aimed at defusing claims by some Republicans that Perez's views are outside the mainstream and that his decisions as the government's top civil rights enforcer were often guided by political ideology.

"There is so much that unites us, Democrats and Republicans, President Obama and the Congress," Perez said in prepared testimony to the Senate Health, Education, Labor and Pensions Committee. "And in fact, so much of what unites us falls directly under the jurisdiction of the U.S. Department of Labor."

Perez said he recognizes that "business will always be the primary generator of good jobs," but that the Labor Department should be "an active partner" with states, business groups, unions and community colleges to make sure workers have the right training for jobs of the future.

He also pledged to continue the Obama administration's aggressive enforcement of safety, wage and hour laws, saying, "It is not necessary to choose between jobs and job safety."

Some Republicans remain wary of Perez's aggressive enforcement as head of the Justice Department's Civil Rights Division. A report by top GOP lawmakers this week accused Perez of misusing his power to persuade the city of St. Paul, Minn., to withdraw a housing discrimination case before it could be heard by the Supreme Court. In exchange, the Justice Department agreed not to intervene in two whistleblower cases against St. Paul that could have won up to $200 million for taxpayers.

Perez said he is proud of his accomplishments at the Justice Department, pointing to a 40 percent increase in the number of human trafficking cases, stepped up hate crimes enforcement and efforts to protect the employment rights of military service members.

He also highlighted his background as the son of immigrants and the story of his parents seeking refuge in the United States to escape a repressive dictatorship in the Dominican Republic. Perez is the only Hispanic that Obama has tapped so far for his second-term Cabinet.

While some GOP lawmakers have raised questions about his qualifications for the Labor Department, Republicans are also treading carefully so as not to antagonize Hispanic groups at a time when the party is seeking to broaden its appeal to Latino voters.

Democrats claim that Perez's critics are politically motivated. Civil rights groups, labor unions and Hispanic organizations have rushed to his defense, calling him a strong leader and forceful advocate for labor rights.

"As with most public officials, he's been the target of accusations and mudslinging," Iowa Sen. Tom Harkin, the Democratic committee chairman, said in his prepared opening remarks at the hearing.

Harkin said he has looked into accusations against Perez and could draw only one conclusion: "Some people don't like Tom Perez precisely because he is passionate about enforcing our civil rights laws and protecting people's rights. In my view, that passion makes him more, not less, qualified to be secretary of labor."