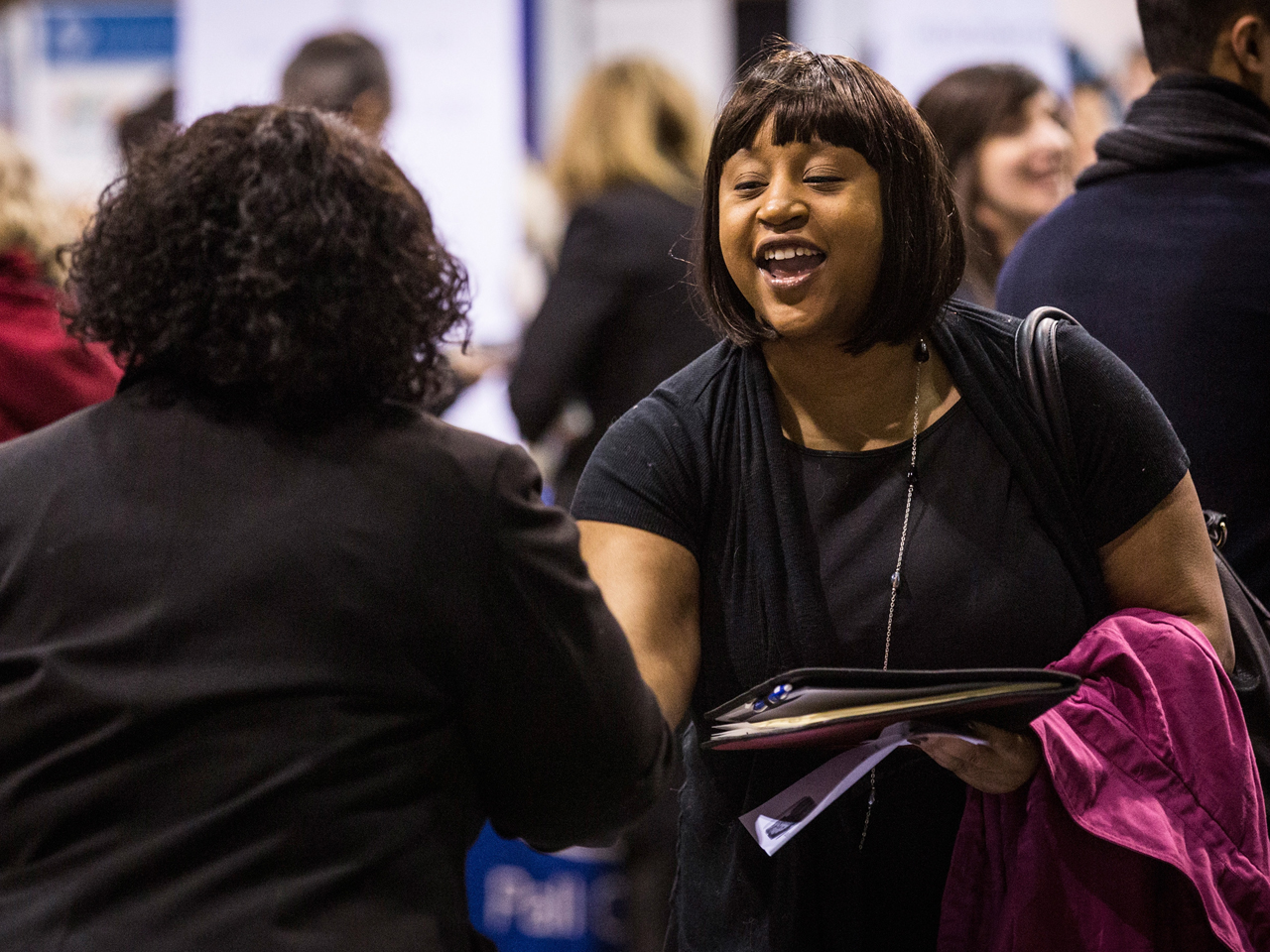 A second straight month of solid job growth suggests the labor market is stabilizing, although employers have yet to start hiring at a clip consistent with rapid expansion.

Job growth over the previous two months was slightly stronger than previously estimated. Employers added 144,000 jobs in January, up from the government's first read of 129,000, and 197,000 in February, up from 175,000. In another positive sign, the percentage of Americans who have work or are seeking unemployment also rose to a six-month high.

The March payroll gains are "a little bit smaller than we were expecting," said Gus Faucher, senior economist with PNC Financial Services Group. "But on the other hand we had combined upward revisions to January and February of 37,000. So when when you add that to the March number, we're well above 200,000 jobs added including the revisions."

Hiring last month was strongest among professional and business services firms, which added 57,000 jobs. More than half of those gains were for temporary positions, an indication that companies remain wary about bringing on full-time workers. Other industries showing employment growth include construction, health care, retail, restaurants, and mining and logging. The public sector continued to shrink -- the federal government has shed 85,000 jobs in the last year.

The pace of job-creation slowed sharply in December and January, reviving fears that the economy was headed for a slump. But hiring accelerated in February, supporting the view that the preceding slide was due to the unseasonably cold weather that affected much of the U.S. this winter.

Federal Reserve Chair Janet Yellen said last month that the labor market is recovering, while conceding that "much remains to be done" to boost job growth. The central bank expects unemployment to fall to between 6.1 percent and 6.3 percent by year-end.

The latest job numbers keep the Fed on track to continue scaling back its monthly bond purchases, a program implemented in 2008 after the housing crash to support economic growth.

"Overall, now that the weather-related weakness is behind us, we anticipate that the monthly gains in payroll employment will remain close to the 200,000 mark, driving the unemployment rate gradually lower and allowing the Fed to continue winding down its monthly asset purchases," said Paul Ashworth, chief U.S. economist with Capital Economics, in a client note.

Most private economists agree the economy is gaining strength, with forecasters predicting growth of around 3 percent for the year, compared with 1.9 percent in 2013.

Goldman Sachs (GS) analyst Jari Stehn said in a research note that several factors are combining with the onset of warmer weather to propel growth. Perhaps most important, the Fed is pledging to keep interest rates low, making it cheaper for consumers and businesses to borrow money. Capital spending, which slowed dramatically in early 2013, also is picking up, a sign that companies feel more confident about their business prospects.

Owners of small and midsize businesses, which account for the lion's share of jobs in the U.S., also appear to be more optimistic. About 20 percent of these enterprises plan to hire full-time workers over the next six months, the highest level in two years, according to PNC.

With the economy seemingly regaining momentum, investors will now look for signs of sustained growth over the rest of the year.

"If we don't continue getting incrementally better economic data in the next three months and get back to where we were last summer, then we could see that long-awaited 10 percent pullback on stocks," said John Canally, an economist and investment strategist with broker-dealer LPL Financial. "Everyone is looking for that snapback on the weather, and if we don't get it that's a big risk."

The jobless rate has steadily fallen over the last year, from 7.5 percent in March 2013. Yet while the economy is measurably healthier than it was a year ago, it doesn't feel that way for the tens of millions of Americans who remain unemployed or who are working less than they would like.

Mark Hamrick, Washington bureau chief with financial research firm Bankrate, said the economy has a long way to go. "While we've made tremendous progress coming out of the recession, there are still a lot of things that need to happen for us to feel like we're back to where we were before," he said.

The biggest missing element in the recovery to date: higher pay. With demand in the economy remaining soft and a large pool of unemployed workers, employers are under little pressure to hike wages. Earnings growth remained largely flat last month, with average hourly wages dipping 1 cent to $24.30 and hour. Wages and income are rising at an annual rate of 2.1 percent. In a more vigorous job market, they should be rising at least 4 or 5 percent.

"Labor compensation has increased an average of only a little more than 2 percent per year since the recession, which is very low by historical standards," Yellen said in a speech this week in Chicago.

Another sign of persistent slack in the economy is that significantly fewer people today are willing to quit their jobs than before the recession. That suggests workers are less confident about being able to find another job and that employers aren't actively trying to hire people away from competitors.

Still, with the economy finding its footing, some forecasters expect a significant jump in worker pay this year. Aneta Markowska, chief U.S. economist with Societe Generale, estimates that wage growth will top 3 percent by year-end.